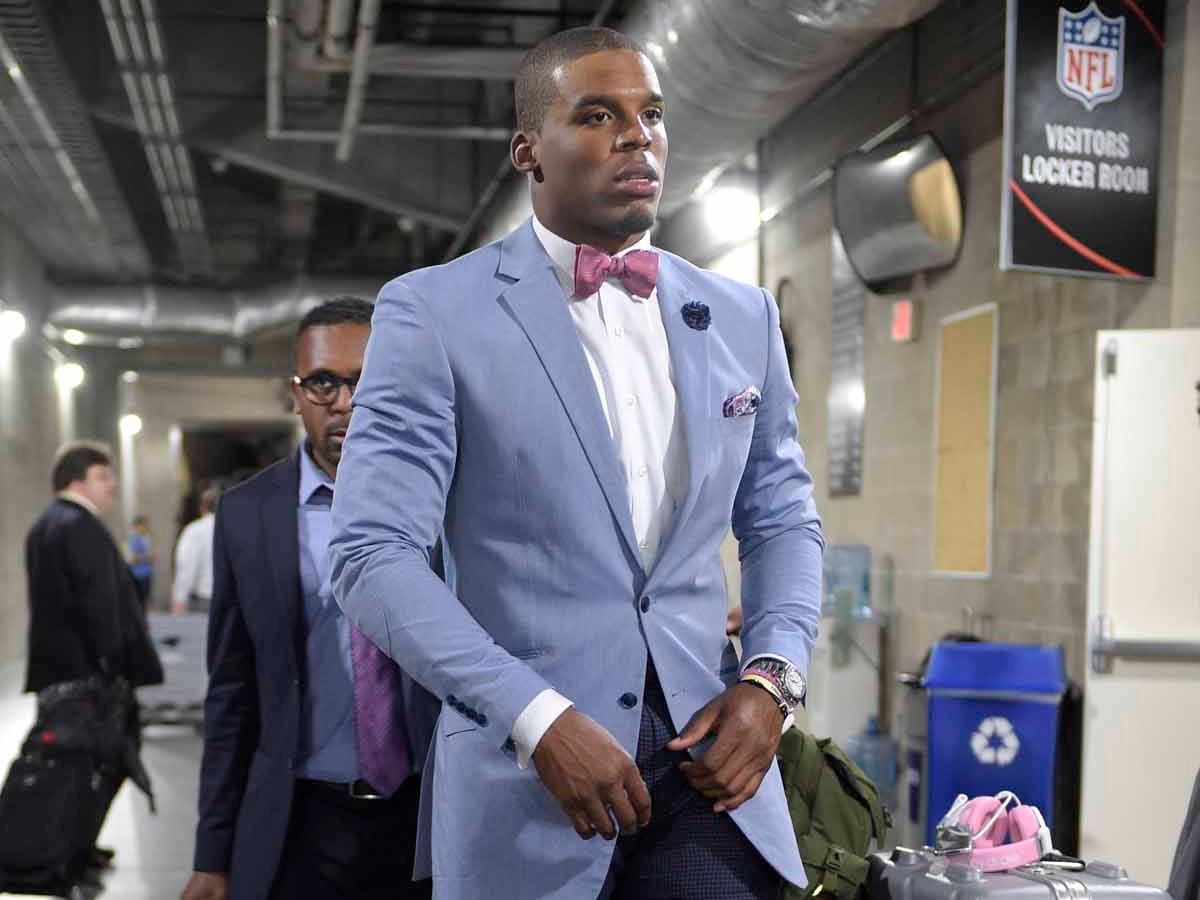 And why shouldn’t he be? He’s the Super Bowl-bound quarterback of the Carolina Panthers, likely MVP, and —we’re calling it right here, right now — the most stylish man in the NFL.

From his penchant for camo blazers to his spiky gold loafers and zebra-striped Versace pants, the man knows his way around some of the more adventurous arenas of men’s clothing.

But with so much of the sports media focused on his sartorial outliers, his more conservative outfits (by his standards) often get ignored.

And that’s a shame, because the dude knows how to dress for a press conference.

He knows how to pair a blazer and pants, and his accessorizing is second to none. He even has his own line of clothing with Belk called “MADE: Cam Newton,” where he sells clothes for normals.

Keep scrolling for 12 photos that prove Newton is the most stylish player in the NFL.