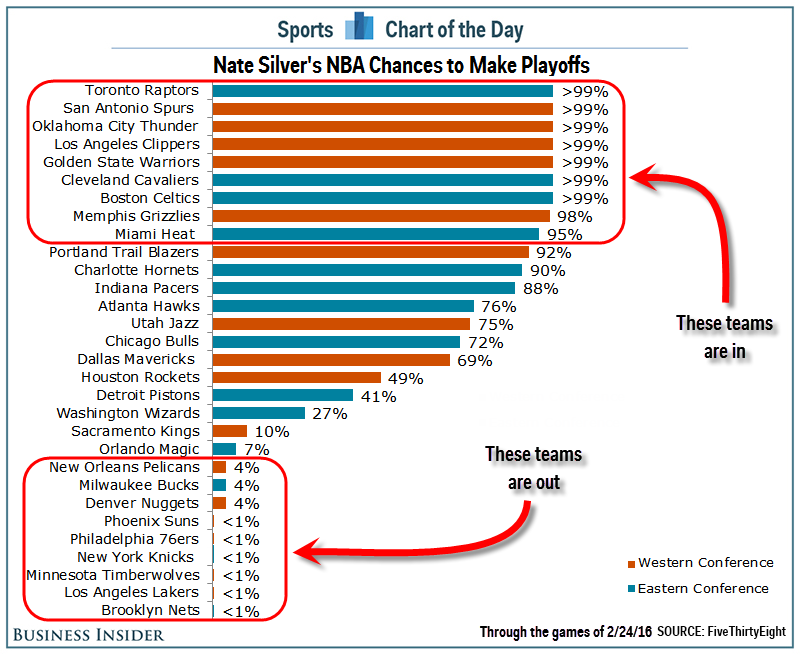 With about 25 games to go in the NBA’s regular season there are more playoff spots than usual that are still up in the air which could lead to a wild run to the finish line.

Using a rating system that accounts for margin of victory, home-court advantage, strength of schedule, and prior performance, and then simulating the rest of the season thousands of times, Nate Silver’s FiveThirtyEight.com has determined the probability each team has of making the playoffs.

Of the NBA’s 30 teams, nine are already locks or near-locks (at least 95%) to make the playoffs. That leaves seven spots (3 in the West, 4 in the East) that are still up for grabs and 12 teams that still have a realistic shot (at least 5%) to grab one. Compare that to the first week of February a year ago, when only four playoff spots were still in doubt.

At the other end, nine teams can go ahead and start making plans for the end of April and the rest of the summer.