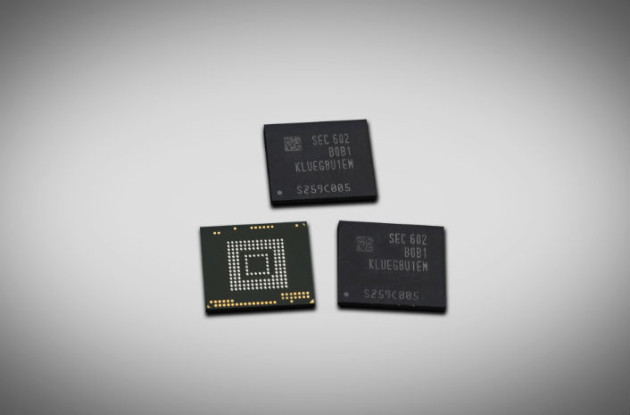 You might be used to smartphones that pack 16GB, 32GB, 64GB or 128GB of storage, but that may soon change thanks to a new announcement from Samsung. The company said on Thursday that it has developed the first 256GB universal flash storage that will be used for high-end smartphones and tablets. The announcement comes just one year after Samsung unveiled its 128GB modules.

“The newly introduced embedded memory features outstanding performance for mobile devices that exceeds that of a typical STA-based SSDs for PCS,” the company explained, further solidifying the fact that I probably already need to upgrade the PC I finished building just two months ago. Samsung said the new storage is capable of moving data at up to 850MB/s across two data lanes, which the firm said is “twice as fast as a typical SATA-based SSD used in PCS.”

While we might appreciate the ability to add microSD cards to our phones and tablets to boost storage, which could get you well past 256GB if you’re using a 200GB microSD card, Samsung says its new 256GB storage modules are three times faster than microSD cards.

Samsung didn’t say when the new chips will make their way into smartphones, but we suspect we’ll see them in new devices within the next year or so.