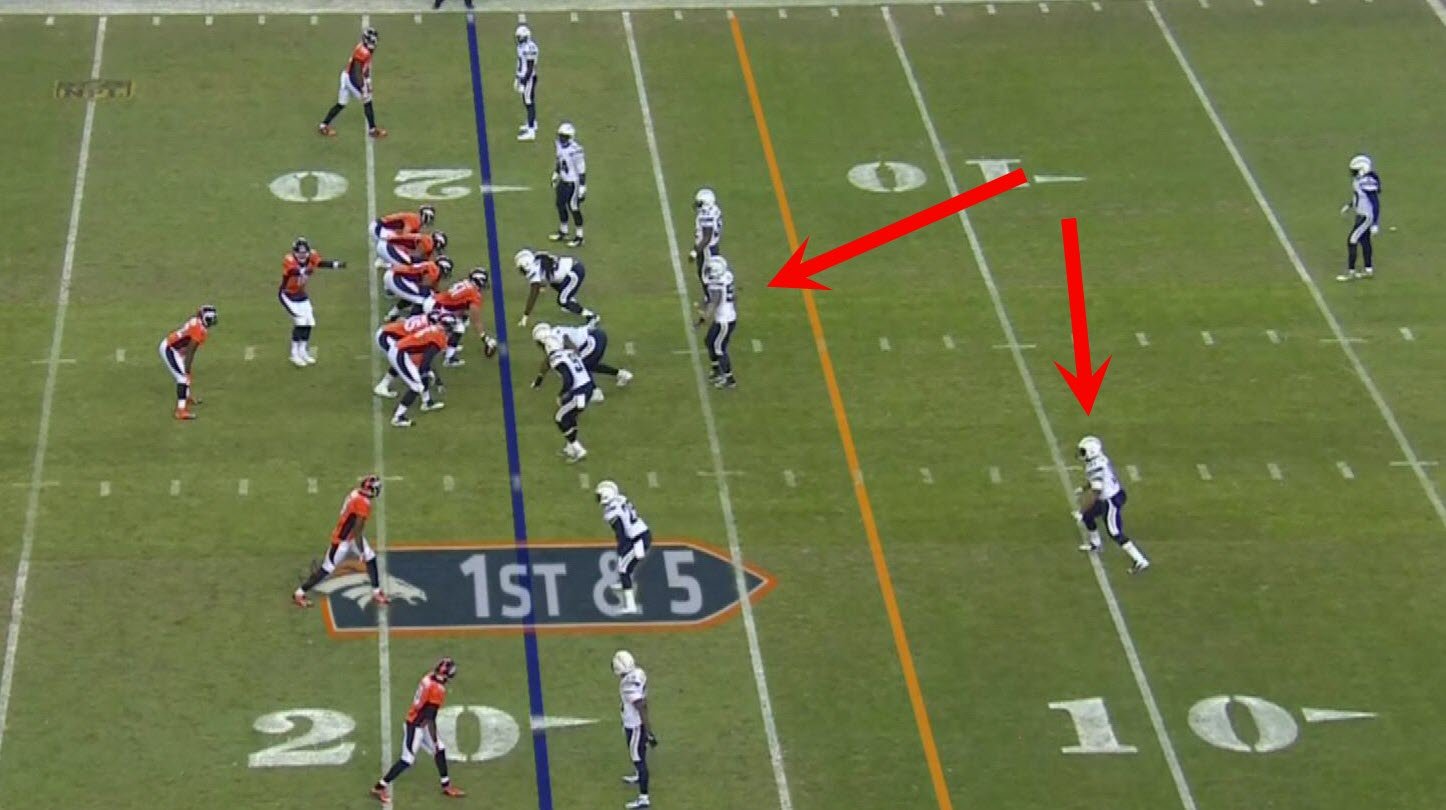 No matter how talented Brock Osweiler is, there are still things that only Manning can do, little things that can win a close football game in January when the pressure is the highest.

After returning to action for the first time in six weeks in the second half of Sunday’s game, there was one 2-play stretch in Manning’s first drive back that showed just how much he brings to a team even when his arm is not what it used to be.

The first came when Manning called an audible at the line of scrimmage. He then yelled “OMAHA!” which often means the ball will be snapped on the next sound. However, instead of making a sound, Manning gave subtle head-bob and the defense jumped offsides.

What is really great about this is that it appears as though this was an ad-lib by Manning. Rather than do a hard-count (yell a little louder to trick the defense into thinking the ball is being snapped), something that often backfires when an offensive player gets tricked also, Manning did something that only the defense might react to and it worked brilliantly.

The second telling moment came just one play later and was even more masterful.

Now, with the Broncos facing a first-and-5, Peyton recognizes the blitz coming from the Chargers. While many quarterbacks can spot a blitz, this one was different.

The middle linebacker has cheated a little and given himself away. That was easy. However, there is also a second blitzer, the defensive back who is still ten yards from the line and hasn’t cheated at all. How does Manning know the second player is blitzing also? Maybe it is from experience against a division rival. Maybe it is from endless hours of studying tape. Either way, there was something small that he saw, that a young quarterback like Osweiler probably never sees.

At this point, if the Broncos run to the right, the back will run right into an unblocked delayed blitz. Instead, Manning changed to a running play away from the blitz that went for 17 yards, eventually leading to a touchdown.

The key here is that the Broncos gained 22 yards on two plays thanks almost entirely to the football smarts of Peyton Manning and it had nothing to do with how well he can throw a football.

The downside is that at some point in the postseason, Manning is going to have to make some throws. However, with the comeback win, the Broncos now have two weeks until their next game and that is two more weeks for his arm to get closer to 100%.