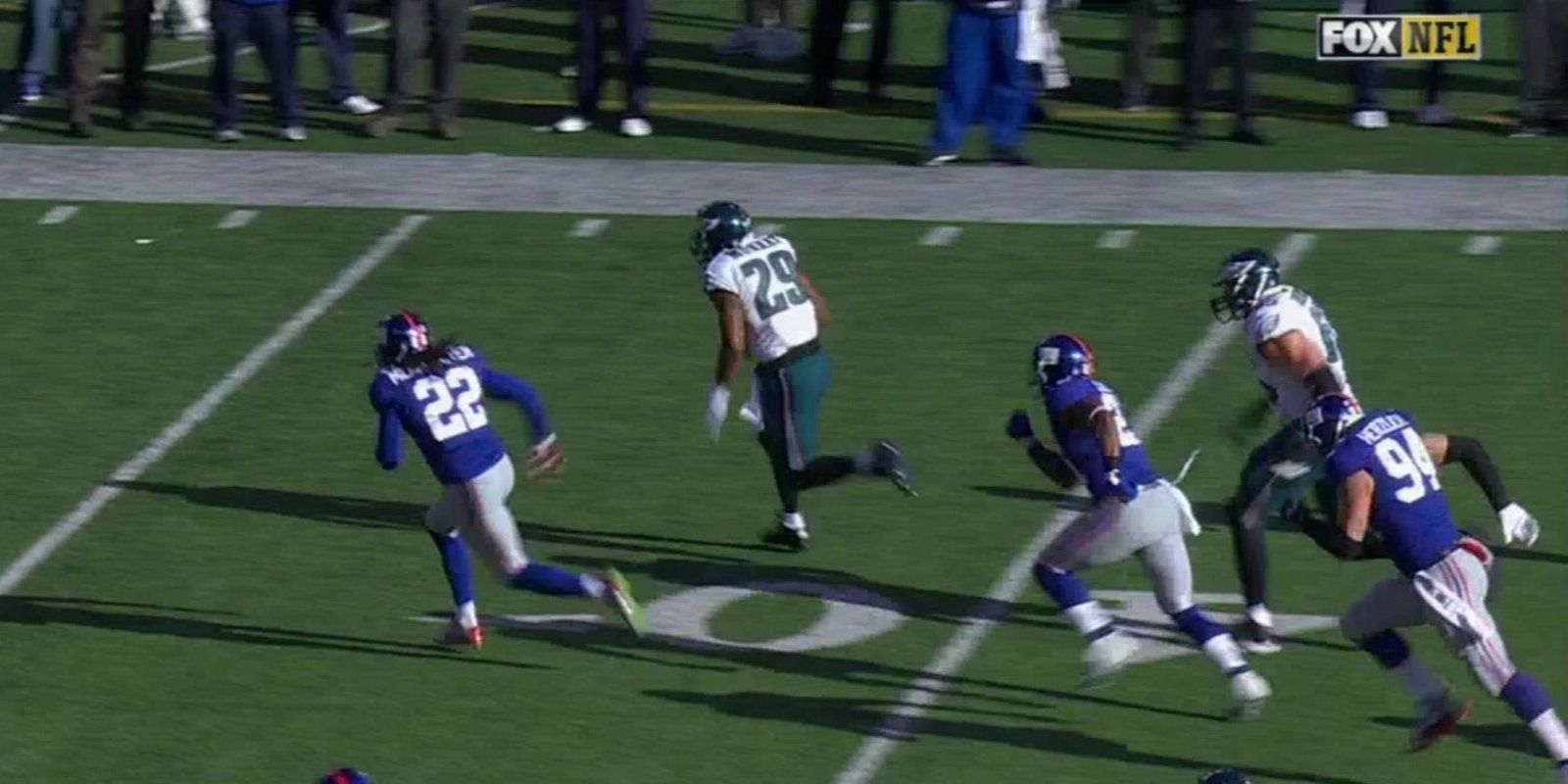 The Philadelphia Eagles are playing their first game since the firing of head coach Chip Kelly and one of the players at the center of his dismissal, running back DeMarco Murray, sent a big message with his first carry.

Taking a his first hand off early in the first quarter, Murray found a big hole, cut to the outside, and outran the defense. The result was a 54-yard touchdown run without being touched by a defender, his longest run of the season, and his longest run since his rookie year in 2011.

Murray, who was Kelly’s first big free agent signing after he took over control of player personnel, was considered by many to be the worst of several questionable moves made by Kelly. After trading away running back LeSean McCoy, Kelly signed Murray to a 5-year, $40 million contract despite concerns that his running style didn’t seem to fit Kelly’s system.

Murray’s longest run with the Eagles prior to his game went for 30 yards. Maybe more telling is that Murray had eight games this year with the Eagles in which he had fewer than 54 yards rushing.

NOW WATCH: How Rory McIlroy makes and spends his millions