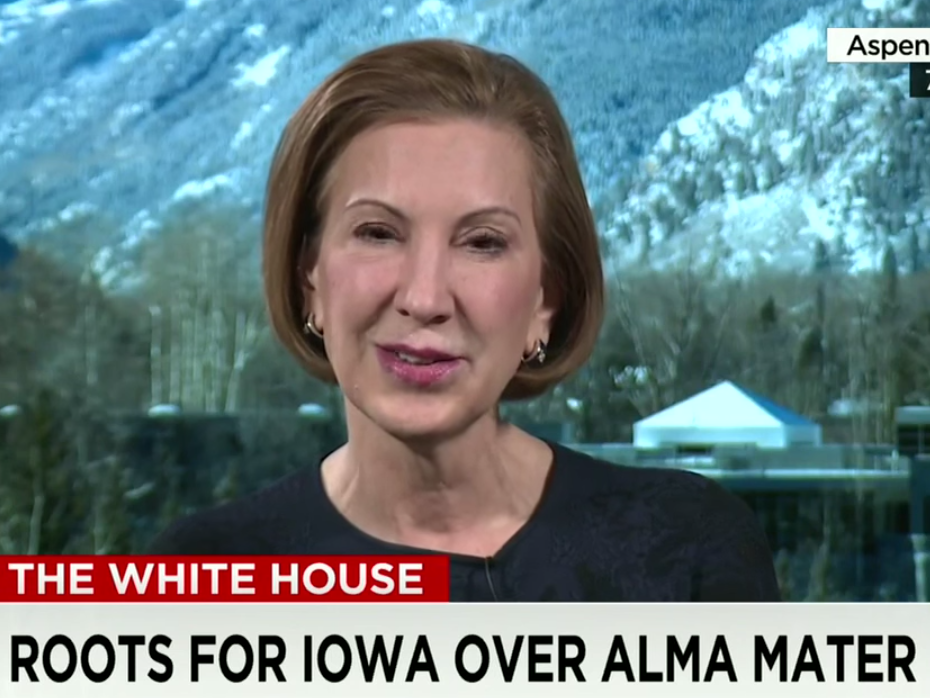 Former Hewlett-Packard CEO Carly Fiorina said that critics mocking her on social media over a tweet have it all wrong.

Before the Rose Bowl football bowl game on Friday between Iowa and Fiorina’s alma mater, Stanford, the Republican presidential candidate tweeted that she loves Stanford, but was “rooting for a Hawkeyes win today.”

It earned her criticism for what many saw as an attempt to pander to voters in Iowa, the influential first-caucus state.

But an interview with Dana Bash on CNN on Sunday, Fiorina said her tweet was clearly “tongue in cheek.”

“Can’t a girl ever have a little bit of fun?” Fiorina said. “That was a tongue-in-cheek tweet, which the people of Iowa understand, because I was asked over and over again in Iowa, having attended a Hawkeye tailgate, I was asked. They knew that my heart was torn.”

Fiorina also used the opportunity to criticize President Barack Obama for the way that he has treated the conflict with ISIS in the Middle East.

“You would think, based on this reaction, that I had said something really controversial, like, you know, ISIS is a JV team,” Fiorina said, a reference to a past Obama statement about the terrorist group.

“If the biggest mistake I make is a tongue-in-cheek tweet about a Rose Bowl, the America people will sleep safely when I’m president of the United States.”

After a minor jump in the polls following several strong debate performances earlier this year, Fiorina has sunk down toward the bottom of the pack. The latest RealClearPolitics polling average of national surveys clocks her average support at 2.5%.

Watch the interview below, via CNN: