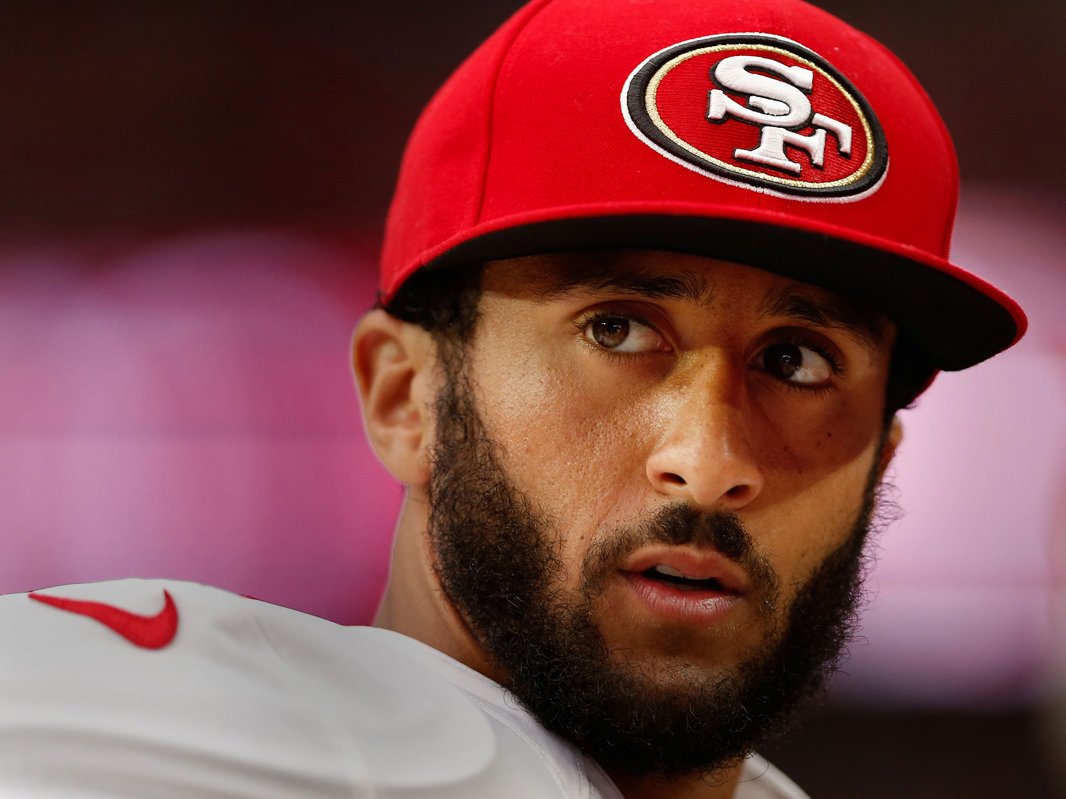 However, the deal was not what it seemed, as it came full of non-guarantees and ways for the 49ers to opt out of it. If everything went well, Kaepernick would get paid, but it was not a full leap-of-faith into Kaepernick’s potential.

Two years later, Kaepernick and the 49ers have become a fragile relationship, with his contract playing a major part.

Kaepernick’s representatives and the 49ers are reportedly meeting in Indianapolis this week at the NFL Combine to discuss the quarterback’s future.

A big part of Kaepernick’s future will hinge whether the 49ers keep him on the team through April 1, when his $11.9 million base salary locks in for 2016. The 49ers can release Kaepernick before April 1 in 2016, 2017, and 2018 without paying him the remaining money on his contract.

On Wednesday, 49ers GM Trent Baalke said from the combine that he expects Kaepernick to be on the roster on April 1. However, it’s difficult to take GMs and coaches for their words at this point in the offseason, and it’s doubtful Baalke would admit the team was looking in another direction.

Paying Kaepernick that money is only part of the problem. San Jose Mercury News’ Tim Kawakami suggests that things between the 49ers and Kaepernick are awkward and neither side is sure they want to stick together.

In fact, leading into the combine, I’ve heard nothing much has changed between the 49ers and Kaepernick and that Kaepernick understandably remains generally distrustful of team management’s motivations.

I would circle the large possibility that Kaepernick and his representatives could soon move to get him away from the 49ers in a manner that emphasizes the false pretenses and whispered innuendos team officials have used to denigrate and manipulate Kaepernick for many months now.

And I would think 49ers executives might be getting tired of the entire relationship, too.

Complicating matters, Kaepernick hasn’t been good the last two years. In 2015, Kaepernick threw only six touchdowns to five interceptions with a 59% completion rate in nine games. He eventually got benched for Blaine Gabbert, who performed better than Kaepernick and is only due $2 million next season.

Furthermore, Kaepernick, perhaps the most athletic quarterback in the NFL, is coming off surgeries to his left shoulder, right thumb, and left knee, according to ESPN. Beyond even a broken relationship, do the 49ers want to commit money to quarterback who hasn’t produced a good season in two years, was out-performed by a backup, and is coming off three surgeries?

The 49ers’ hiring of Chip Kelly tangles the web further. When Kelly was hired, it was assumed he wanted Kaepernick to helm his read-option offense that can elevate quarterbacks to new heights. (It was reported during the hiring that Kelly had been seeking ways to team up with Kaepernick). Ezra Shaw/GettyChip Kelly at his introductory press conference with the 49ers.

However, Kelly has remained oddly mum on Kaepernick, citing NFL rules that prohibit speaking about players during the offseason. In Kelly’s defense, he didn’t speak much about any player on the 49ers, but he hasn’t given much indication that the 49ers’ franchise player is his QB.

As Kawakami notes, Kelly is notorious for wanting players to be all-in on his system. That could be a problem, with a New York Daily News report earlier in February saying Kaepernick wants to join the Jets, who are mutually interested in him.

Trading Kaepernick might be difficult. If the 49ers signal he’s available, other teams might just wait until April 1, when the 49ers, if they don’t want him, would likely have to cut him to avoid paying his 2016 salary. It gives the 49ers little leverage in a trade, and allows other teams to force San Francisco to make a move.

Most of these factors point to a breakup being the best route for Kaepernick and the 49ers. Yet, at his best, Kaepernick has flashed elite skill as a quarterback. On a team-friendly, essentially year-to-year deal, with a coach who likes a mobile quarterback with an arm, giving up Kaepernick could be a huge mistake for the 49ers. And if Kelly does indeed want Kaepernick, how could the 49ers’ front office act against their new coach’s wishes so soon into their relationship?

There’s a ton to weigh here for both sides. With a little over a month to go to April 1, it may be one of the most interesting stories to watch as the 49ers decide what to do with a player who was one of the most promising stars not that long ago.