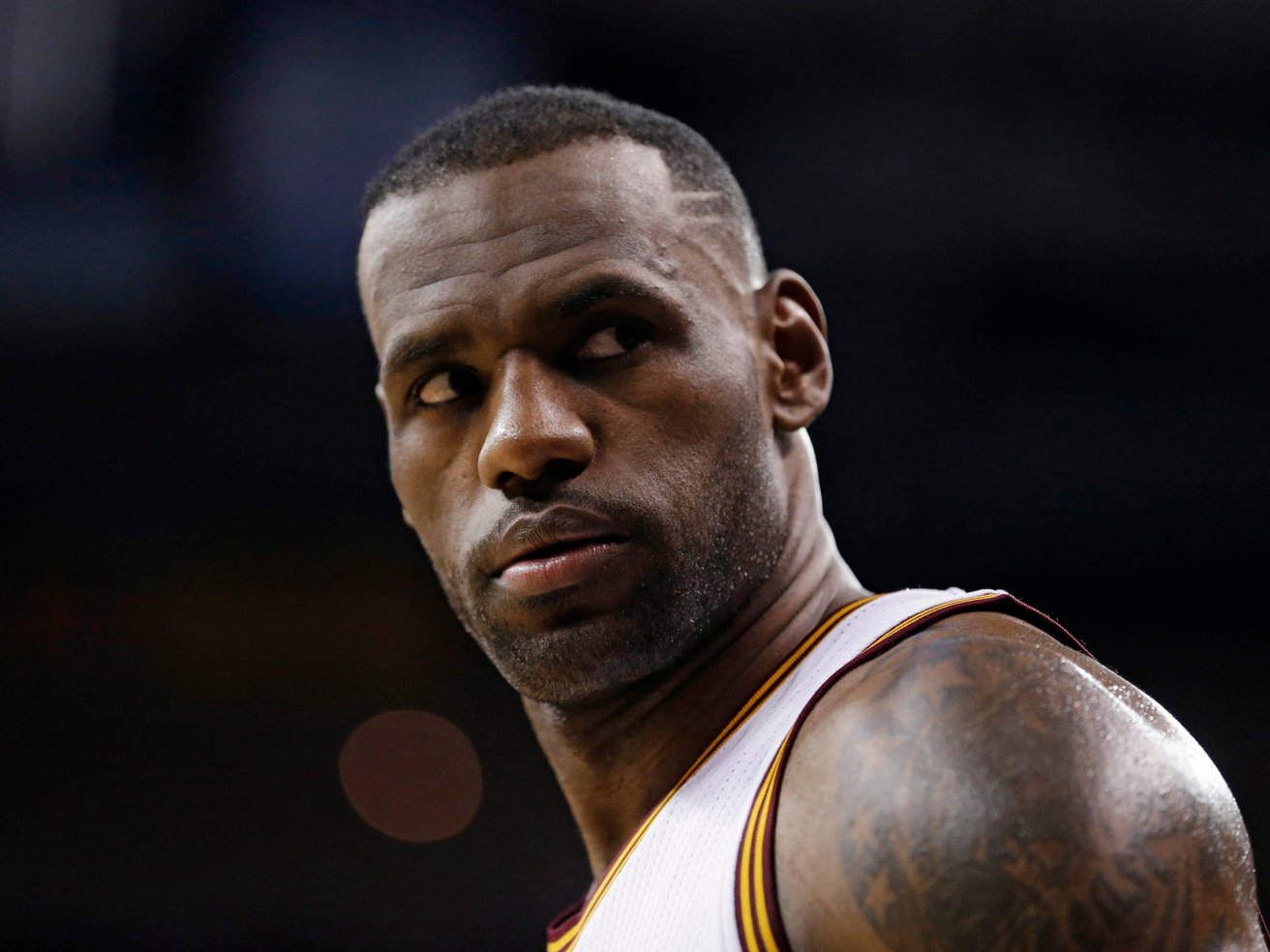 The Cleveland Cavaliers are cruising, on pace for a 59-win season and the first seed in the Eastern Conference.

That’s very good, yet it all feels like a sidenote compared to what the Golden State Warriors are doing in the West.

The Warriors are 50-5, the quickest team to 50 wins in NBA history. They’re on track to win 74 games, which would be a single-season NBA record.

It’s no secret that LeBron James isn’t a fan of the hype around the Warriors. James almost single-handedly beat them in the NBA Finals last year, despite playing with a battered supporting cast.

When asked about them earlier in the year, he called them the healthiest team he’s ever seen — the one backhanded compliment known to get under the Warriors skin.

On Wednesday, James was again asked about the Warriors, this time if their dominant season is overshadowing other teams’ accomplishments. James paid the Warriors respect, but also seemed to scoff at their regular-season dominance (via ESPN’s Dave McMenamin):

“There’s so much great basketball being played, and I understand that those guys are the cream of the crop. They’re the defending champions and they’ve continued to get better as they were from last year.

“But they’re not going to be the only team that enters the playoff pool. You can be 82-0, man, once the playoffs start, everyone’s 0-0. Let’s get back to the beginning. It’s messed up, but that’s what happens. And hopefully you’ve built enough chemistry, which it seems like they have, and enough out on the court where you can take that on to the next phase, but regular season record-wise is great for the record books but it means nothing for the postseason.”

According to McMenamin, James was also asked about Anderson Varejao — a 12-year Cav who was traded at the deadline, waived, and then signed by the Warriors — saying he can tell the Warriors love each other.

LeBron seemed to bristle at the comments, saying, “I would hope if you’re 50-5 that everyone loves each other. I mean, what else do you want at that point? Duh. Anybody could say that.”

Compare this with how LeBron spoke about the Spurs and Gregg Popovich (who are only 3.5 games behind the Warriors) over the All-Star break:

“I believe he is one of the great basketball minds that we’ve ever had in this game. I wish I could be around him every day so I could just pick his brain, what he does, what he thinks. I can’t be there on a day-to-day basis. I wish I could.”

The Spurs are a team that beat LeBron in the Finals and have as much of a chance as the Warriors to do so again this season. Yet LeBron showers praise on the Spurs’ coach and bristles at the Warriors’ accomplishments this season.

In a profile of LeBron, Sports Illustrated’s Lee Jenkins painted the Warriors as a back-of-the-mind terror for LeBron. Jenkins describes a night when James stayed up until 3 a.m. watching a Warriors game, seething at their dominance, yet yearning for a similar situation with the Cavaliers.

That Stephen Curry has been anointed the new best player in the NBA, surpassing LeBron, can’t help matters.

James is right in some regard — the playoffs are a brand-new season, and what the Warriors did in the first 82 games won’t matter other than for home-court advantage. But the way LeBron bristles at their accomplishments suggests they’re still in his head.

The NBA world should be crossing their fingers for a June reunion between these two teams.