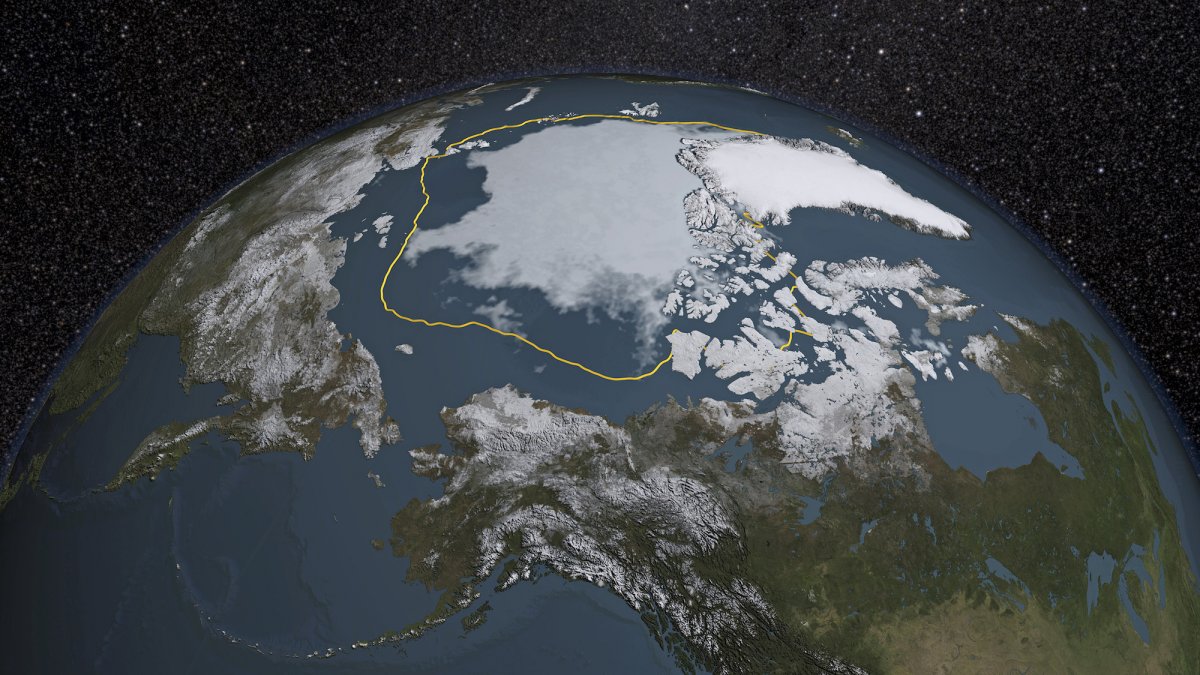 The 2015 Arctic sea ice summertime minimum was 699,000 square miles below the 1981-2010 average, shown here as a gold line in this visual representation of a NASA analysis of satellite data released September 14, 2015.NASA via Reuters

Trump also suggested that the Paris agreement would only lead to a minuscule reduction in global temperature.

“Even if the Paris Agreement were implemented in full, with total compliance from all nations, it is estimated it would only produce a two tenths of one degree — think of that, this much — Celsius reduction in global temperature by the year 2100,” he said. “Tiny, tiny amount.”

A detailed analysis of the impact of the Paris goals by Climate Interactive suggests those numbers are off.

Global temperature is going to rise — there is no scenario in which there will be an overall reduction. But let’s assume that Trump meant a reduction from the projections of temperature increases that would happen without the Paris agreement.

Under a “business as usual” scenario in which past trends continue, the expected temperature increase in 2100 for this scenario is 4.2 degrees C (7.6 degrees F). If all nations fully achieve their Paris pledges, however, the average global surface temperature in 2100 is expected to be 3.3 degrees. That means the accord would lead to a reduction of nine tenths of one degree, not two.

Nine tenths of a degree on a global scale is huge. Since the industrial revolution, average global temperatures have risen 0.99 degrees Celsius, according to NASA. That’s not so far from .90, and we’re already seeing plenty of dramatic changes around the planet. Even a reduction of two tenths of a degree would not be “tiny” — it’d be 20% of the increase we’ve already seen.