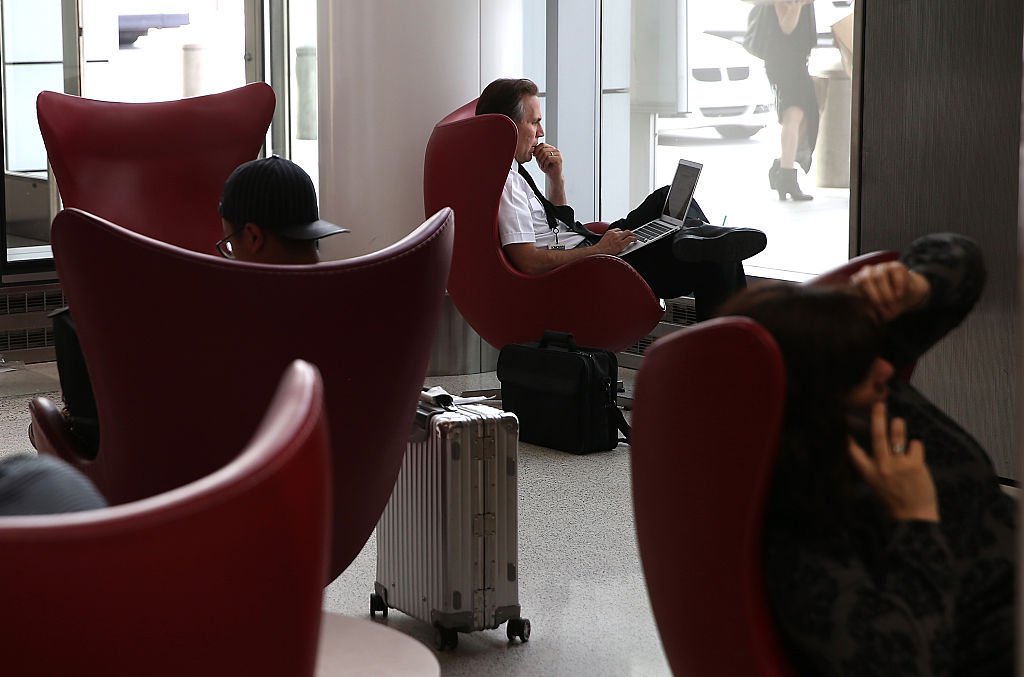 Modern air travel is so much faster relative to what most people used to endure — long train, boat, or car rides — that we’ve come to believe that we’ll be whisked from point A to point B with no deleterious effects.

This is foolish. Just because your flight is two hours doesn’t mean that’s all the time you’ll be committing to the journey. You could get stuck in traffic on the way to the airport. You could be delayed at check-in or security. The flight itself could leave late. You could get bumped! You could miss a connection. And on and on.

Add to that the stress you’ll endure if you fly coach, with a cramped seat, and you’re confronting an ordeal.

My practice is to write off the travel day. Even if my flight is just a couple of hours, I plan to spend the day on the move and unless there’s a business commitment mixed in, I devote myself to the journey.

I get to the airport with hours to spare, have a bite to eat and something to drink, do a bit of reading, board the plane, take my flight, and then I don’t rush at the other end. In effect, I impose leisure on something that for most people isn’t leisurely.

All bets are off, of course, if I’m flying with my family. But when I’m, solo, I make it all about me. I didn’t adhere to this rule on my most recent trip, mainly because the schedule wasn’t completely under my control, and as a result I wound up a bit cranky by the end of my return flight.