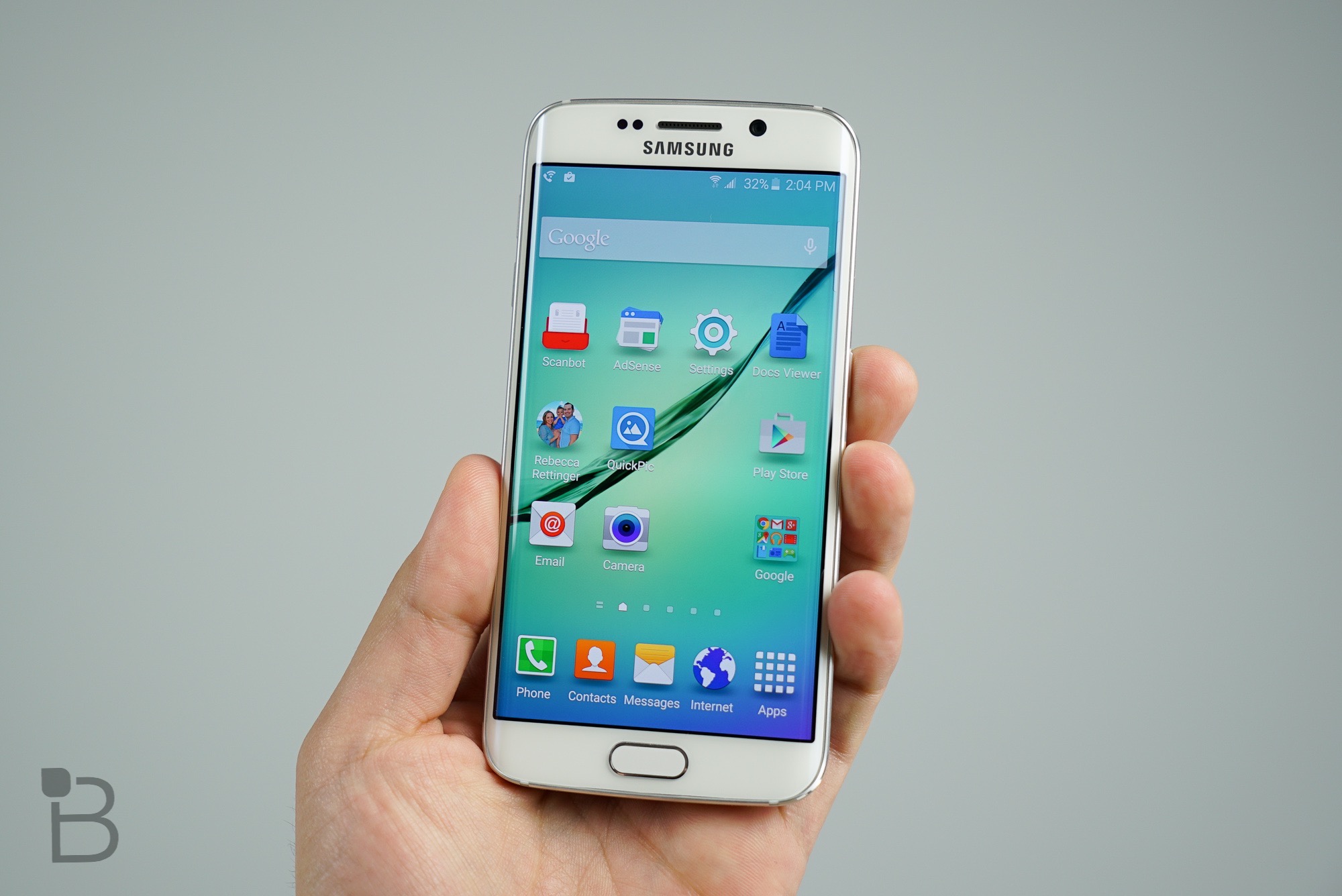 The Galaxy S7 is so close we can almost taste it.

We expect Samsung to introduce the device in February, likely during Mobile World Congress where it has unveiled earlier Galaxy S devices. The 2016 flagship Galaxy S7 has been the subject of many rumors recently, so we figured we’d compile a bunch of those into a single list, full of predictions for the Galaxy S7.

So what can we expect from the Galaxy S7?

Without further ado, here are our 7 predictions.

Rumor has it Samsung will outfit the Galaxy S7 with a ClearForce display. ClearForce is new technology developed by Synaptics that will offer similar features to Apple’s 3D Touch, and Samsung apparently has an interest in using it.

ClearForce may enable new options for scrolling, panning and zooming, editing photos and other features that can be enabled with an additional level of pressure. The Galaxy S7 could certainly benefit with these additional controls and we hope to see the new tech used. Otherwise, we’re still expecting a 2560 x 1440-pixel AMOLED screen.

Samsung shipped the Galaxy S6 with Exynos processors in 2015, ditching Qualcomm altogether. That will apparently change in 2016 with the Galaxy S7, as Samsung returns to offering both Exynos and Snapdragon versions of its flagship.

Rumors point to deployments of models with the Snapdragon 820 in markets like the United States, while others will employ Samsung’s in-house Exynos 8890 processor. Expect both to offer large performance increases over last year’s Exynos 7420.

Back in November, Samsung unveiled its new BRITECELL camera technology that we expect some form of the technology to make its way to the Galaxy S7, offering improved low-light performance.

Right now we’re expecting a 20-megapixel camera with RAW support and an 8-megapixel ISOCELL front-facing camera. One rumor suggests Samsung is going with a”Duo Pixel” camera, perhaps offering two different lenses, which we’ve seen from other OEMs such as HTC. A patent by Samsung pointed to modular camera pieces, too, though there hasn’t been overwhelming evidence that we’ll see that in the Galaxy S7 just yet.

One thing is clear: expect big bumps in camera performance.

We predict Samsung will launchat least two Galaxy S7 models, including a 5.2-inch option with a flat display and a larger 5.5-inch Galaxy S7 Edge with a curved screen.

The most recent rumor, which stems from a leak from a case maker, suggests Samsung may in fact have four models prepared, including a Galaxy S7, a Galaxy S7 Edge, a Galaxy S7 Plus and a Galaxy S7 Edge Plus. The two larger devices are said to pack 6 inch displays, which means users may ultimately have a choice between three different screen sizes. A leaked GeekBench benchmark also suggested we may see models ship with either 3GB or 4GB of RAM, depending on the market.

Why fix something that isn’t broken?

Samsung’s Galaxy S6 and Galaxy S6 Edge are beautiful phones, there’s no way around that, and we think Samsung will largely keep the design language intact. Expect more shiny metal and reflective surfaces, and similar button layouts to last year’s model. We called this a “page out of Apple’s book” when we covered the rumor, and it makes sense: Apple sticks to the same design for two years while upgrading internals and software, and it seems to work. There are plenty of ways Samsung can attract consumers, particularly with all of the other items on this list, none of which would require drastic changes to the design.

One change would need to be made, which brings us to the next point.

Rumors are suggesting Samsung is going to add a microSD card slot to the Galaxy S7, and we hope it happens. This would require a small tweak to the design, which we covered above, but there’s plenty of room for a microSD card tray.

Now that Android 6.0 Marshmallow allows you to format microSD cards as internal storage, consumers could save a lot of money and buy the entry-level 32GB Galaxy S7 and then pop in a microSD card to expand the storage to their heart’s content.

This is probably the one feature I’m most excited for… if it happens.

The industry is making a clear shift to USB-C and Samsung will likely offer the new standard. In fact, Samsung was one of the first smartphone OEMs to jump to USB 3.0 for the Galaxy S5 before it turned back to USB 2.0 with last year’s Galaxy S6.

USB-C should help with faster charging, which Samsung is already exceptionally good at, while also enabling much speedier data transfer speeds. There are other small benefits, too, like the reversible head that makes it much easier to plug it in when you can’t see the USB port at night.