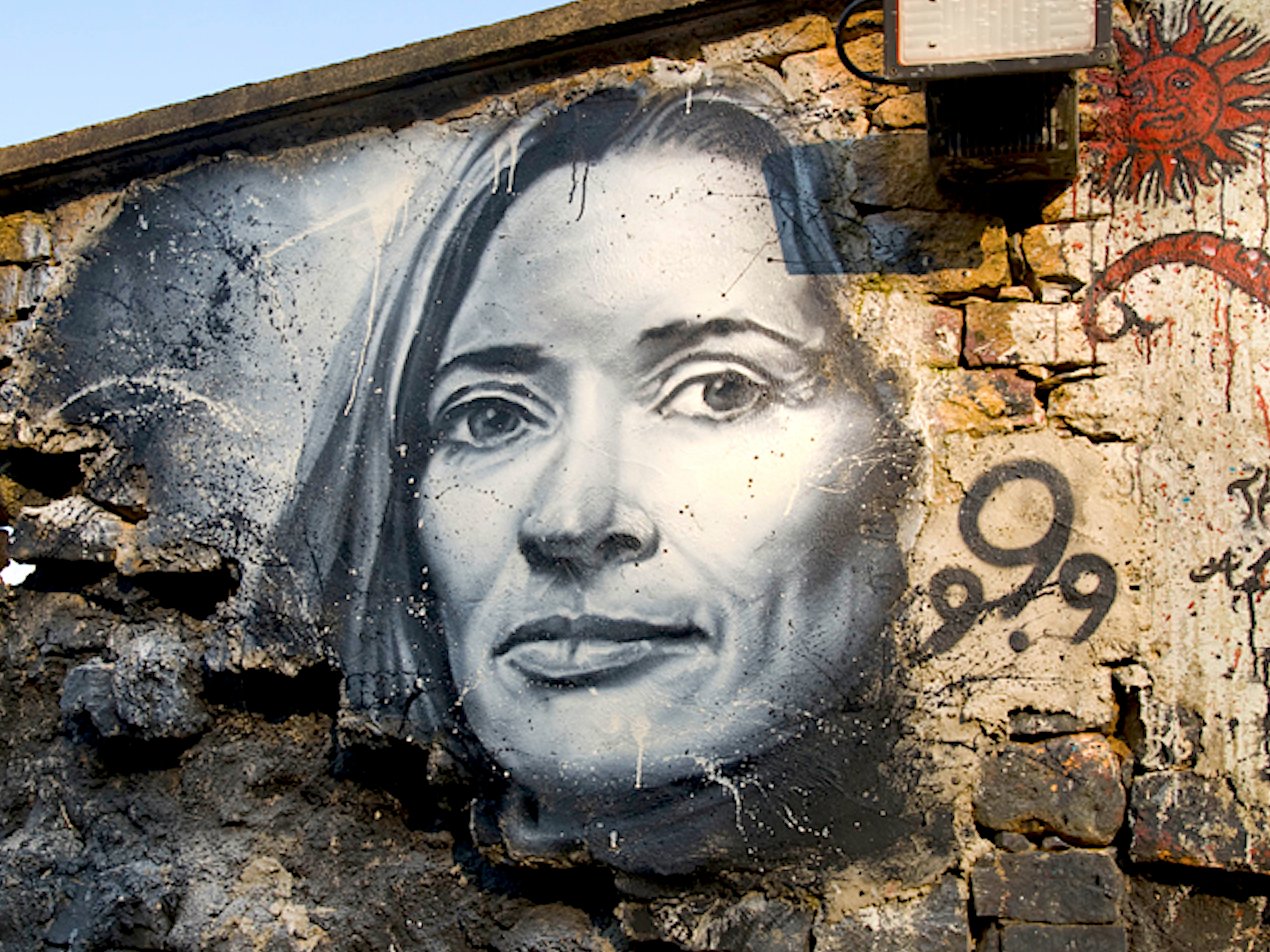 theirry ehrmann/Flickr (CC)Blythe Masters graffiti — we don’t get it either.

The company says in an emailed statement that the new office will “support its clients and increase its presence in the UK and European markets.” It does not name who these clients are.

London is a global center for finance and a leading hub for innovation. Opening an office in the UK is a natural extension of our commitment to wholesale financial markets across the globe.

The opening of the London office comes amid reports that the company is struggling to raise funds. The company is trying to raise $35 million (£24 million), The New York Post first reported last month.

According to Nathaniel Popper, a reporter for The New York Times who has written a book on bitcoin, it has been having a hard time convincing investors. The funding round, if successful, would value Digital Asset Holdings at $100 million (£67 million).