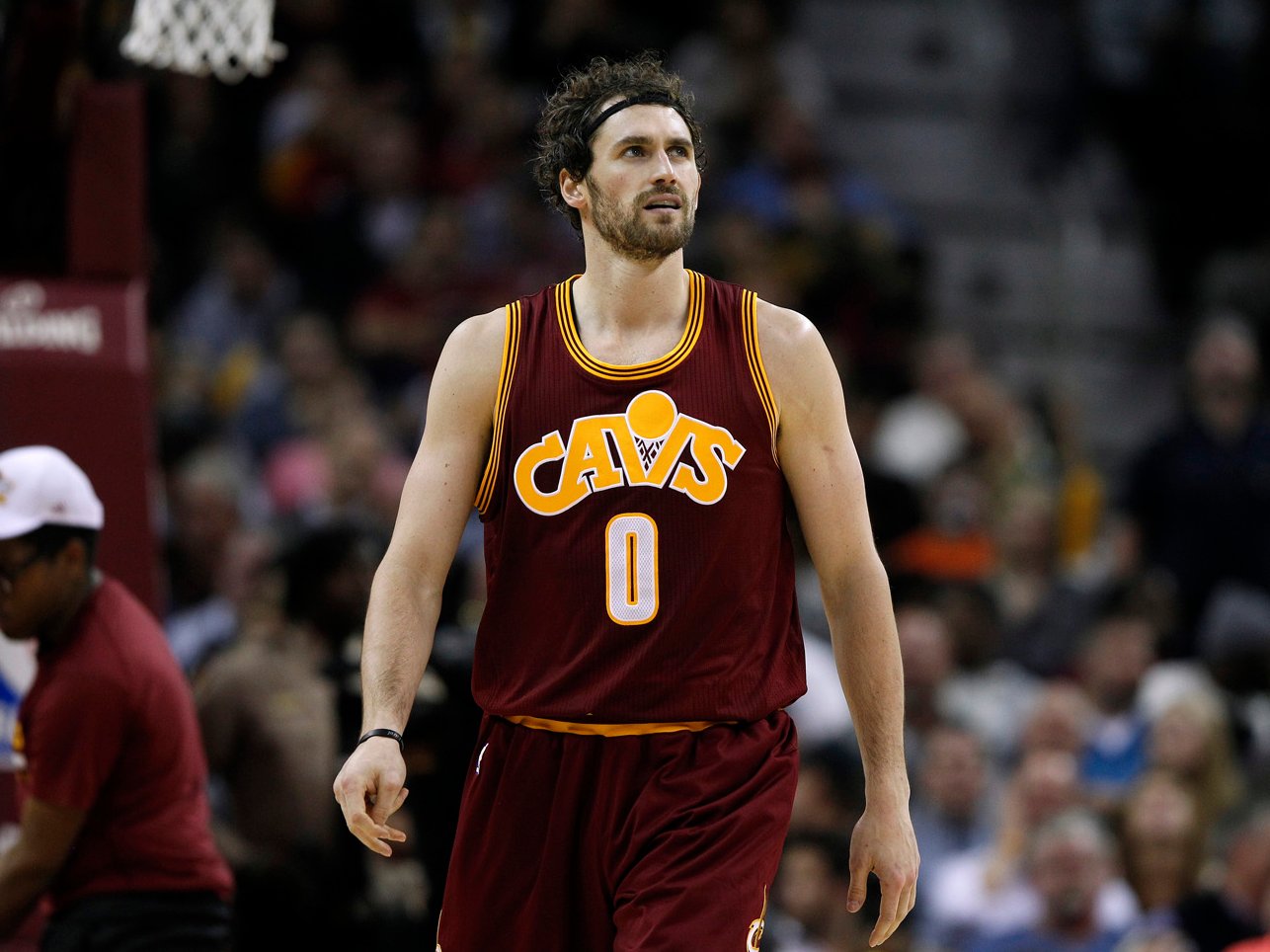 The San Antonio Spurs beat the Cleveland Cavaliers 99-95 in one of the highlight games of the NBA regular season on Thursday night.

While it was close throughout much of the game, in the fourth quarter the Spurs’ unselfish, smart offense picked apart a Cavs team that looked disjointed on both ends.

Specifically, the Spurs seemed to realize late that they could get what they wanted by going right at Kevin Love on the defensive end.

Love has never been a great defender, but the Cavaliers, despite their offensive weapons, are an elite defensive team, ranking sixth in defensive rating. With solid defenders in LeBron James, Iman Shumpert, and Tristan Thompson, the Cavs are often able to hide Love on defense or simply ask him to be competent, and they can usually get by.

The Spurs exposed that on Thursday night in a way only the smartest teams can.

In the fourth quarter, the Spurs often put Love in pick-and-rolls, forcing him to make tough choices to deny penetration or stop the dive to the basket by his own man.

Here in the fourth quarter, Spurs guard Patty Mills hit a momentous three-pointer after the Spurs ran a double screen for him, leaving Love as the last man on defense. Love dropped back to deny the penetration, and Mills took advantage.

Things worsened for the Cavs when the Spurs were able to attack Love and Kyrie Irving, another weak defender. This is not entirely Love’s fault, but clearly Love and Irving botched the coverage. They never communicated if they were switching or were going to recover, and by the time they realized, they left one of the most dangerous midrange shooters in Tony Parker wide open:

This is not ideal coverage: With one minute left, the Spurs just went to Tim Duncan in isolation. They cleared out the entire left side of the floor, and while Love played respectable defense and likely got scored on because of a height disadvantage, the fact that the Spurs chose to run this play down the stretch speaks volumes:

And for the dagger basket, the Spurs got Manu Ginobili some momentum, and had him go right at Love:

Note, again, that not all of this is Love’s fault. If it were easy to guard the Spurs, more teams could do it. He also didn’t receive tons of help from his teammates. On Ginobili’s drive to the basket, Tristan Thompson offered no help off LaMarcus Aldridge, who was at a tough angle to score.

Yet this is a problem for the Cavaliers. The Spurs scored 27 fourth-quarter points and shot 58% from the field. In this game, they badly needed Love’s shooting and offensive production, but San Antonio targeted him on defense.

Look at where Love ranks in the Cavs’ total fourth-quarter minutes this season: Clearly, Love is worth playing for what he brings on offense. Yet smart teams like San Antonio have the ability to put him in compromising situations on the defensive end.

The Cavs are now 0-2 against the top-two teams in the NBA in the Golden State Warriors and Spurs. While both games were played on the road, the Cavs, in some manner, must be worried about how they truly stack up with the NBA’s elite.