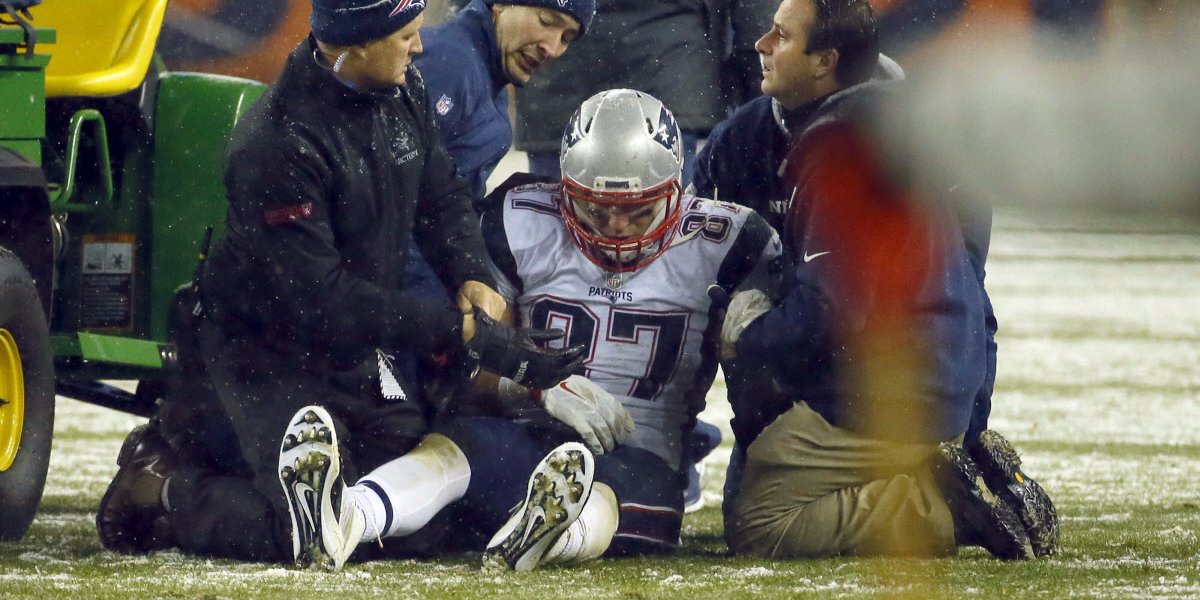 A Denver Broncos defender just admitted to something that New England Patriots fans have feared for a long time: When defenders try to tackle Rob Gronkowski, they intentionally aim for his knees.

During an interview on SportsCenter, Broncos cornerback Chris Harris Jr. was asked point blank, “How do you tackle Rob Gronkowski?” His answer was confirmation of the Patriots’ worries and is a huge problem for the NFL.

“You gotta hit him low, man — hit him in his knees,” Harris said. “That’s the best chance you have of hitting him.”

Harris went on to say that Gronk couldn’t be brought down by just one player — unless that player took out his legs.

“You gotta take his legs out or hold on and wait for everybody, wait for the gang to come on and gang tackle him,” Harris added.

With defenders who hit receivers above the shoulders now being aggressively penalized by the NFL, the new emphasis of hitting low and potentially destroying a player’s knee is a big concern for all players catching a pass. But this is an especially big problem for a big receiver like Gronkowski, as defenders often aim at him below the waist.

Gronk had his 2013 season ended early when a Browns defender took out his legs on a pass over the middle.

Then, earlier this season, Gronkowski was injured on another low hit from a different Broncos defender. Gronkowski would miss the following week.

Gronk escaped any serious injury, but needless to say, the Patriots and their fans were holding their collective breath.

There was also a hit that effectively ended the career of former Miami Dolphins tight end Dustin Keller. That play led many to argue that they would rather suffer a concussion than a severe injury to a knee.

These are just a few notable examples.

More important for the NFL, there is a huge risk on any given play that one of its marquee players could suffer a serious knee injury. But not only is this is a risk for Gronkowski; with the new emphasis on big receiving tight ends, this is a huge problem for all large receivers whom small defensive backs are afraid to tackle.

Tight ends are especially at risk, as they tend to do their most damage over the middle of the field. The worry is not from the linebacker or nickel back chasing the tight end from behind, but from the safety who is coming at the receiver from the opposite direction.

Unfortunately, there is no easy solution. The NFL could modify the rule on defenseless receivers to limit the target zone on hits to the area between the waist and the shoulders. But that is a very small window, even on big players, and it will lead to a lot of yellow flags on the field.

Whatever the NFL decides to do, it is clear it needs to do something to protect some of its best receivers.

Here are Harris’ comments on ESPN: