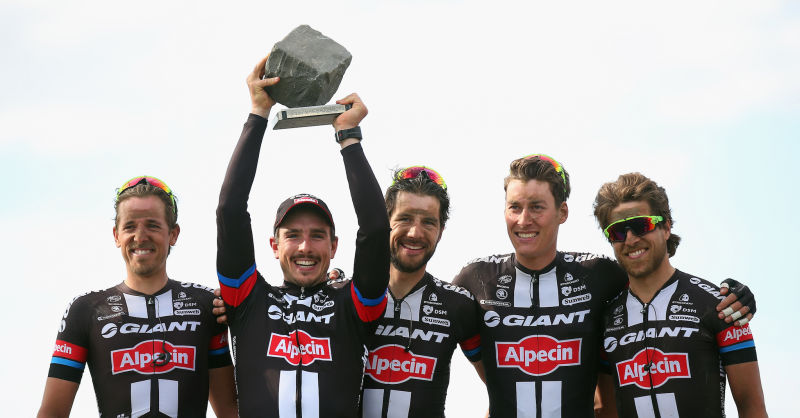 Scary news out of Spain this afternoon, as half a dozen Giant-Alpecin riders were hospitalized after a car going the wrong way smashed into them on a training ride. Spanish outlet Informacion reports that John Degenkolb, Warren Barguil, Chad Haga, Fredrik Ludvigsson, Max Walscheid, and Ramon Sinkeldam were all taken to hospitals this morning after the crash took place near Calpe, Spain, where the German team is having their preseason training camp. Everyone is in stable condition, but Degenkolb’s Paris-Roubaix defense is probably doubtful at this point.

BBC reports that the driver was a British tourist was driving on the left side of the road, and ran into the team near Alicante. Spain, unlike England, drives on the right side of the road. The team said this morning that everyone was stable:

This comes the day after Italian cyclist Adriano Malori crashed so hard he fell into a coma down in Argentina. Informacion took some photos of Giant’s mangled bicycles, and it looks like a pretty high-speed crash:

Degenkolb posted on his Facebook this afternoon that he’d be heading to another hospital in Valencia, and if Facebook’s translation can be trusted, that he almost lost his left index finger.