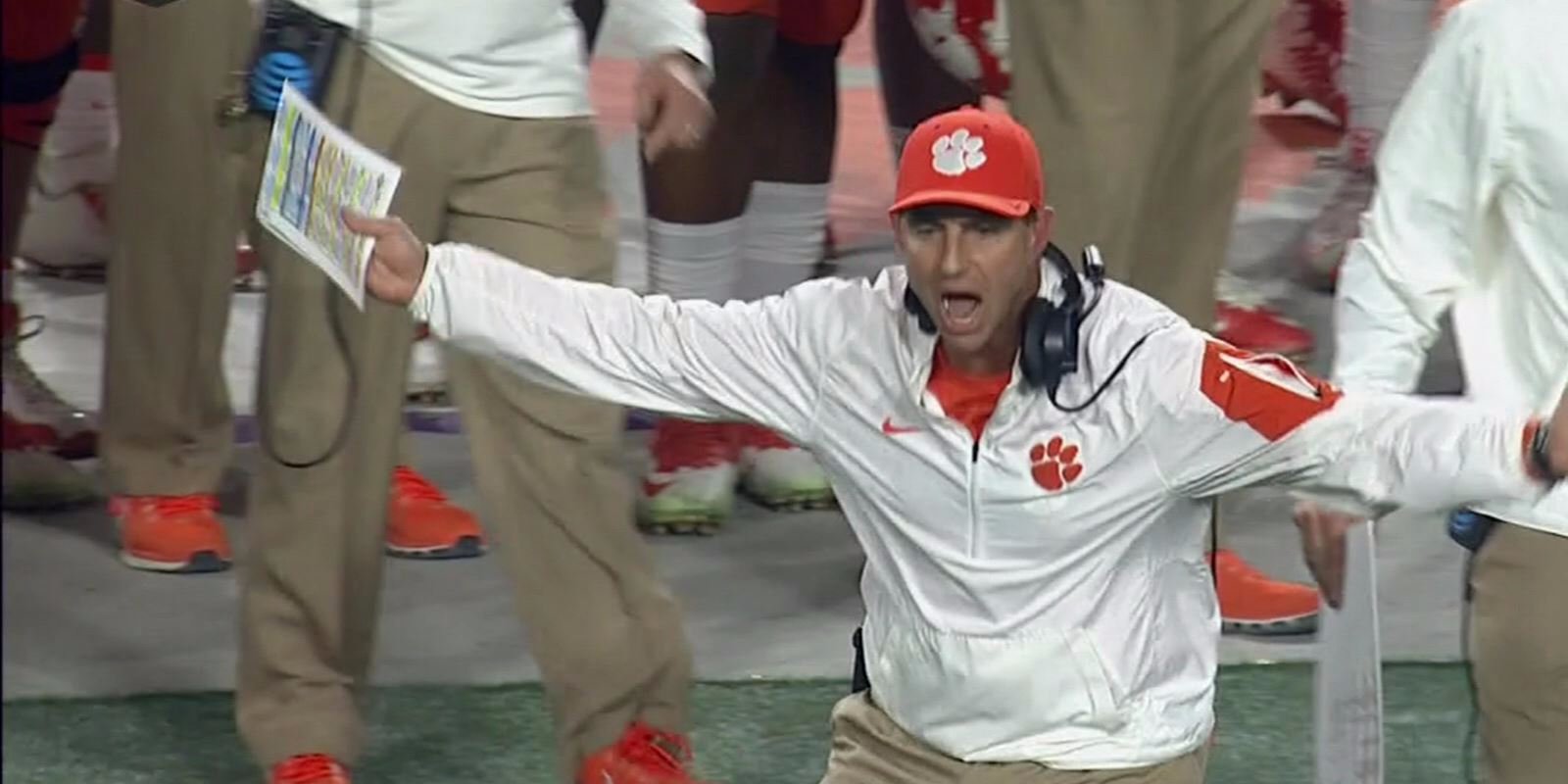 With the score tied with less than a minute left in the first half of the College Football Playoff championship game, Clemson was driving and trying to set up a score. That’s when a clock mishap cost them a chance to score a touchdown and they ended up with no points at all.

With less than 20 seconds to go in the half, Clemson completed a pass to the 27-yard line for a first down.

The result of the play should have stopped the clock with 15 seconds to go in the first half. With a timeout still available, Clemson had one or two more shots to score a touchdown or move closer for an easier field goal.

However, the clock did not stop at first, rolling to 12 seconds. The clock then stopped briefly and then started to run again. At this point, Clemson head coach Dabo Swinney was forced to use his final timeout with six seconds to go.

The running clock cost Clemson nine seconds and a timeout. Needless to say, Swinney was not happy.

The officials were not swayed.

Instead of having one or two more shots to the end zone, Clemson was forced to attempt a field goal that was blocked.

At halftime, Swinney was still giving the officials an earful.

In hallway on way to locker room, Dabo Swinney screamed repeatedly at officials “you made us use a time out” on late first half scenario

With all the technology available, it is still amazing that a big game like this still can’t get something this simple corrected.