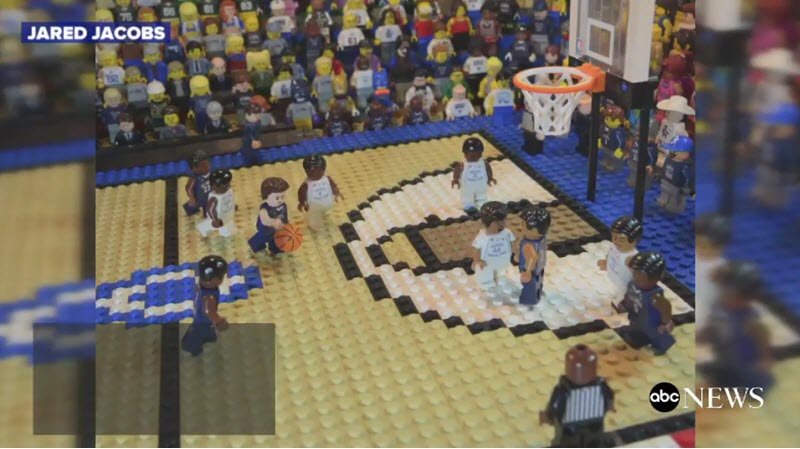 Villanova won the 2016 NCAA men’s basketball tournament on a dramatic buzzer-beater by Kris Jenkins. That moment has now been immortalized in a stop-motion video of using Lego figures.

Jared Jacobs of Boise, Idaho recently discussed the project with ABC News (via Yahoo Sports). He said he and his daughter are both big fans of the tournament and he made the video as a gift for her, a task that took nearly 40 hours to create.

“I just remember my daughter’s reaction and that I was watching her reaction to it more than the game,” Jacobs told ABC News. “That’s always been a bond for us that we share, March Madness.”

Ironically, Jacobs describes himself as a diehard fan of the University of North Carolina, the team Villanova beat to win the championship.

Here is the video and how it was filmed.

Dad recreates Villanova’s 2016 March Madness win with Legos as a gift to his daughter. https://t.co/fn9Q9zEnEapic.twitter.com/Ec3EYhgK1Q

SEE ALSO:Lexi Thompson lost the LPGA’s first major of the season after a TV viewer emailed in a 4-stroke penalty