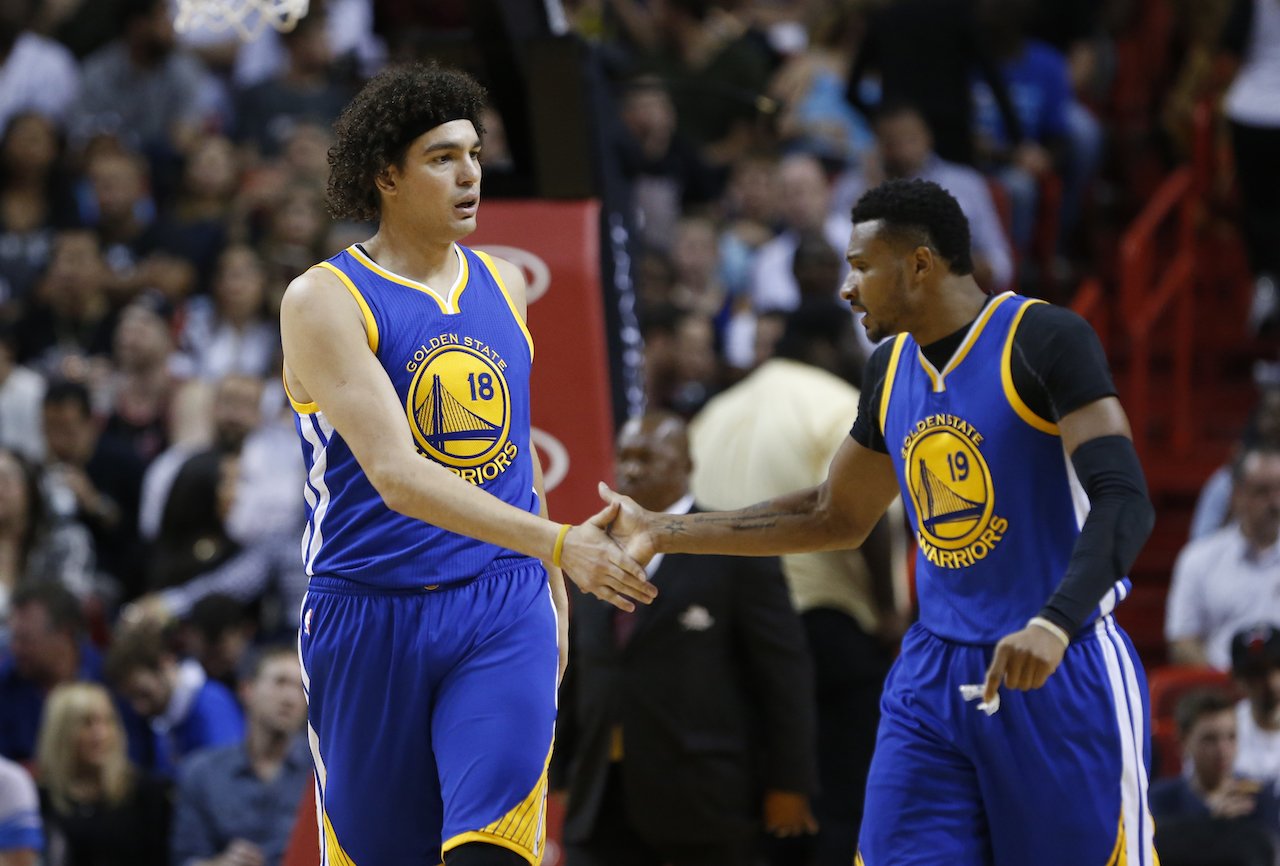 Longtime Cleveland big man Anderson Varejao recently signed with the Golden State Warriors after being traded to and subsequently waived by the Portland Trail Blazers at the trade deadline.

After 12 years and two NBA Finals appearances with the Cavaliers, Varejao now finds himself in an even more enviable position than playing alongside LeBron James. The Warriors are 51-5, and Varejao has fallen upward — waived by the Blazers and now in prime position to land his first ring.

It’s not surprising, then, that Varejao has done nothing but gush about the Warriors since landing with Golden State.

“I’m glad I came here because I can tell they love each other,” Varejao told CSN Bay Area’s Monte Poole earlier this week. “When you want to win, you have to be like they are. Friends have fun out there, fun in the locker room.”

Many interpreted Varejao’s comments as a thinly veiled shot at Cleveland. Though the team made the Finals last year, since James returned from Miami the franchise has been unquestionably high drama, recently firing head coach David Blatt and reportedly considering trading Kevin Love at the deadline.

On Monday, Golden State’s Andrew Bogut made an appearance on Bill Simmons’ podcast, during which he told a story about just how happy Varejao had been on his new team.

Anderson Varejao, who obviously was picked up by us a couple of days ago, was sitting on the bench in the Atlanta game toward the end of the second quarter and he looks at me and was like, ‘Man, this is so different to where I was. You guys move the ball so well. Everyone passes up a good shot to get a great shot.’ And it kind of hits you that this is normal to us, but from someone from the outside looking in, or on a different team, it’s like, ‘What are these guys doing? How are they doing it?’ We kind of see it as normal now.

Again it’s easy to read into Bogut’s anecdote and feel that he, Varejao, or both are taking shots at Cleveland. Considering the Cavs traded Varejao away after 12 seasons, he surely holds some newfound animosity toward the franchise. And Bogut, who played against the Cavs in last year’s finals, certainly knows a rematch is most likely in store this year, too.

But more than anything, Bogut’s words about Varejao’s experience in Golden State reveal for the umpteenth time that the Warriors are simply in a different stratosphere of basketball. Nobody has seen anything like it, and the players on the team are practically taking for granted what they’re doing.

That Varejao — arriving from the best team in the Eastern Conference, no less — would gush like this only exemplifies this further.