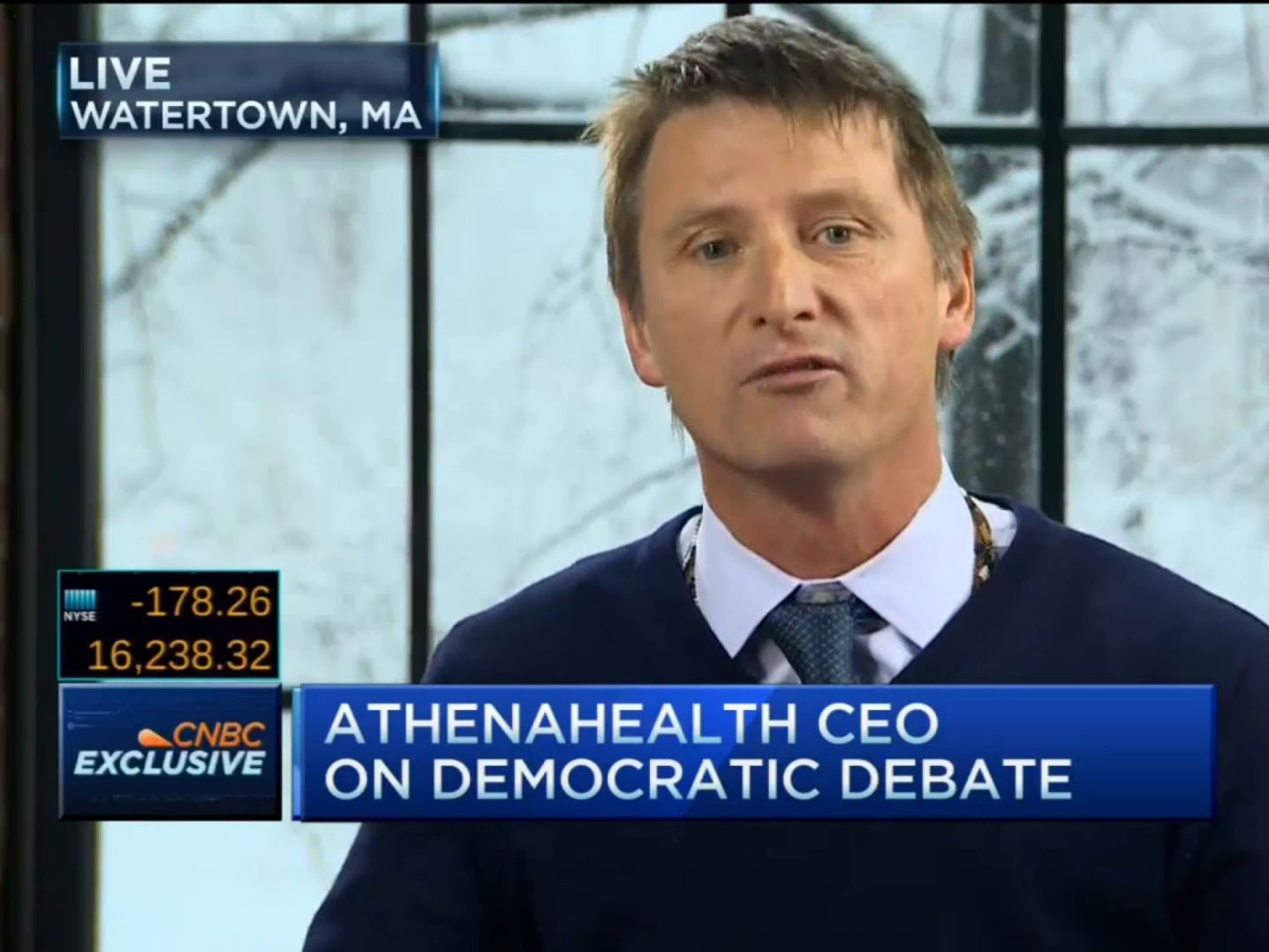 SHKRELI’S LAWYER: ‘The Martin Shkreli that I know is a genius’

Athenahealth CEO said he pulls numbers ‘out of his a–‘ in a video, and David Einhorn put it in a devastating presentation

Martin Shkreli could not stop laughing during his testimony to Congress

Everyone and their mother is weighing in on former Turing Pharmaceuticals CEO Martin Shkreli, especially after, invoking the Fifth Amendment, he was uncooperative during his testimony in a congressional hearing on Thursday.

The latest addition to the debate comes from Athenahealth CEO Jonathan Bush, who told CNBC’s Carl Quintanilla that he would “fight and die for Shkreli’s right to be a douche” but that Shkreli was definitely “being a douche.”

Bush, who is known for his colorful commentary and quirky salesmanship, has his reasons for thinking Shkreli has a “right to be a douche.”

“It’s got a very Soviet-like feel the way they’re criminalizing that guy,” he said. “He’s not the most charming guy I’ve ever seen in my life … I don’t like the fact that now his jerkiness is becoming a matter of public policy. Same thing true on the payer side.”

Quintanilla then asked whether Bush was legitimizing Shkreli’s pricing structure.

“Here’s how it works … It would be easier if there were many buyers and not just one, because then some of the buyers could say, ‘Hey fangool, I’m not including you in my benefit,'” Bush said. “But when it becomes a mandate from the people, your negotiation power goes way down because this kid’s got this invention and he’s like, ‘Well do you want it or not?’ If some people actually said ‘not,’ he would be forced to behave a little better. But since it’s illegal for anyone to say ‘not,’ he gets to be a jerk.”

Pricing, Bush said, should be about how much a drug can decrease the number of days a patient spends in a hospital — costing the system money. If you can cut the days, he said, you should “be able to charge whatever you want.”