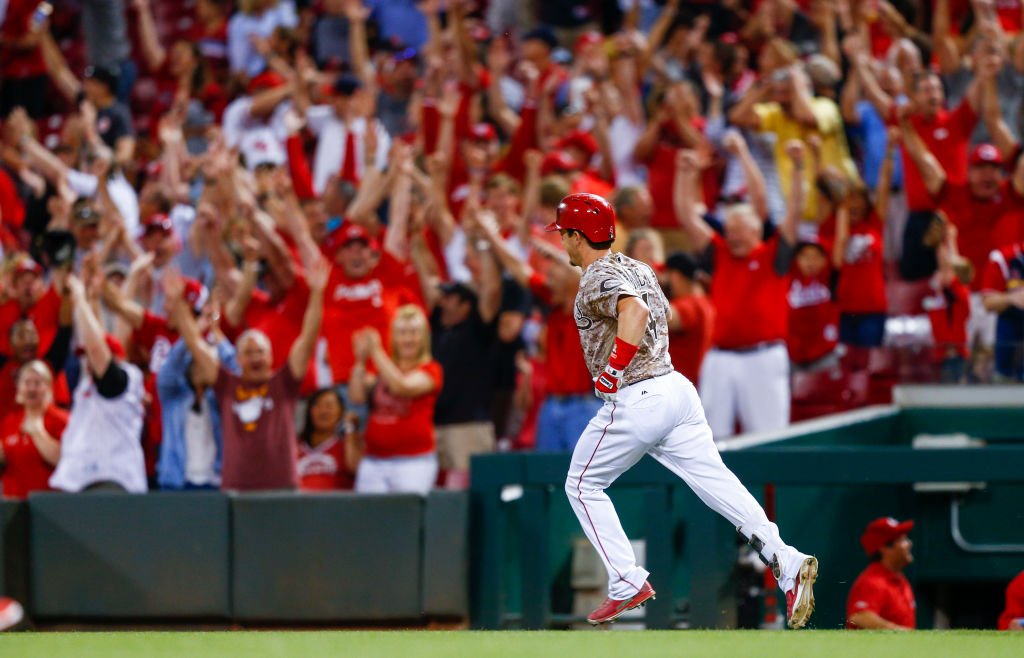 Scooter Gennett of the Cincinnati Reds became just the 15th big leaguer to hit four home runs in one game, accomplishing the feat on Tuesday against the St. Louis Cardinals.

Here are all four home runs, with the fourth coming in the bottom of the eighth inning of the Reds’ 13-1 win.

Gennett. The best a man can hit. pic.twitter.com/ekgeeyqMe1

Gennett entered the game with just three home runs this season and 38 home runs in his career. In eight seasons as a pro (both minors and majors), he had only hit ten or more home runs in an entire season once, last season when he hit 14.

Gennett is also just the second player to hit four home runs in a game, including a grand slam. He finished the night 5-5 with 10 runs batted in.

As for the name “Scooter,” there is a cute story behind that. His real name is Ryan, but he changed it when he was five years old because he thought he was going to be arrested and needed an alias.

Here is the story, via the Milwaukee Journal Sentinel:

Gennett said he adopted the name as a 5-year-old fan of the Muppets character Scooter and used it as a permanent alias after his mother, Tina, tried to impart a lesson about buckling his seat belt with a trip to a police station for a lecture.

“I thought I was going to be arrested,” he said. “So, I told the policeman my name was Scooter. After we left there, I didn’t answer to Ryan because I thought if I answered to my real name I’d get arrested.”

He has been Scooter ever since.

For those of you who don’t still have all of the Muppets memorized, this is Scooter, the Muppet, not the baseball player.