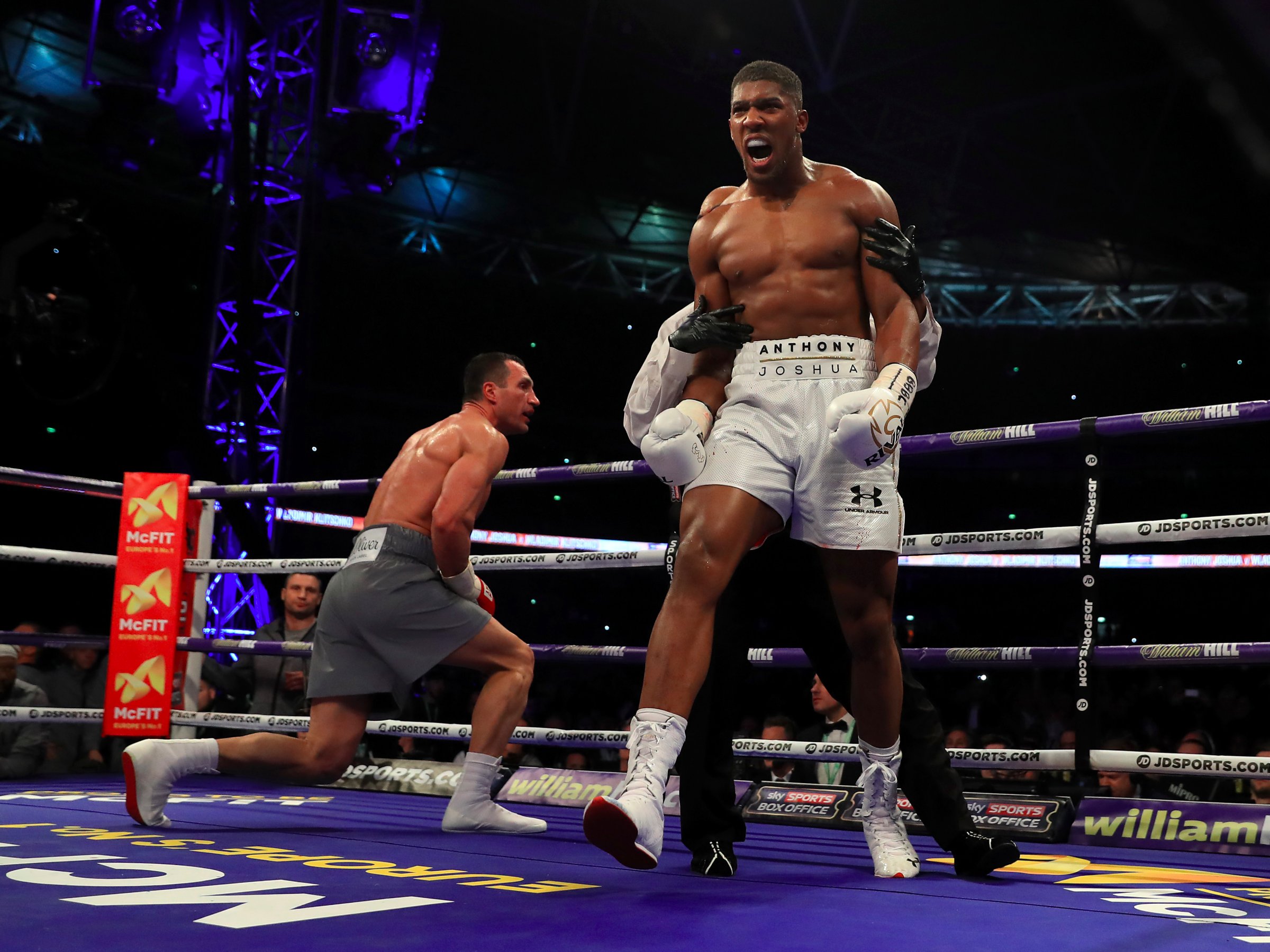 World heavyweight boxing champion Anthony Joshua has been granted an exception by the IBF to postpone fighting his mandatory challenger Kubrat Pulev.

Joshua’s promoter Eddie Hearn submitted the request so the boxer could pursue a more financially rewarding rematch against Wladimir Klitschko.

The IBF has agreed to postpone the fight, but ruled that the winner of Joshua versus Klitschko must afterwards face Pulev, according to a report on Sky Sports.

Joshua won the IBF title when he demolished Charles Martin in a second round knockout last year. The popular Londoner also won the WBA and IBO versions of the heavyweight championship when he rose from the canvas to annihilate Klitschko at Wembley Stadium in April.

As champion of three “alphabet” boxing organisations (IBF, WBA, and IBO), Joshua is obliged to honour a mandatory defence against each organisation’s number one challenger within one year of winning each title.

Under those rules, Joshua is due to box the IBF mandatory Kubrat Pulev. However, exemptions are granted under extraordinary circumstances. In this case, Klitschko appears eager to exercise his contractual right to rematch Joshua. “The [Klitschko] fight is happening,” Hearn confirmed to Sky Sports earlier this week.

Joshua has already competed at a number of marquee venues in England, including the 02 Arena in London, the Manchester Arena, and Wembley Stadium.

Though the 27-year-old has an offer to fight Klitschko at the Millennium Stadium in Cardiff, Hearn appears eager to take the “AJ” show around the world and is entertaining offers from “Nigeria, Dubai, and America.”

He said: “Financially, Cardiff is not the best choice but if it’s not broken, why fix it? Things are great here. He’s preparing well in the UK… but we can’t ignore the business aspect — and also the historic aspect — of taking a big heavyweight championship into one of those markets or territories.” Organising an elite heavyweight boxing event in Africa will invoke memories of the immortal ‘Rumble in the Jungle’ when Muhammad Ali ‘rope-a-doped’ George Foreman in an eighth-round knockout victory in Zaire.

This will not be lost on Hearn, who has admitted he “likes to break the mould with Joshua” and “likes to be in groundbreaking fights.”

On taking Joshua to Nigeria, he confirmed that “Lagos is well-equipped [to host a fight]” but was aware that “new markets, new timezones, and [foreign] legislations” mean it is tough logistically, but it still presents an exciting challenge.

“Dubai also has a huge event infrastructure that has been working for some time. Las Vegas is Vegas, so America is not a problem at all but all these opportunities have to be assessed.”

“Some of the money being offered around for these fights is something we cannot ignore.”

On Joshua’s overall chances against Klitschko, regardless of venue, Hearn seemed hopeful that his fighter can put together another winning performance.

“They both learned a lot about each other that they will use to their advantage in the rematch. Joshua, you’d hope, might start a little faster and be aware of Klitschko’s power. But Wladimir will know he can hurt Joshua.”

On Joshua’s career path after the Klitschko rematch, Hearn confirmed: “Pulev will 100% be [the fight we make].”