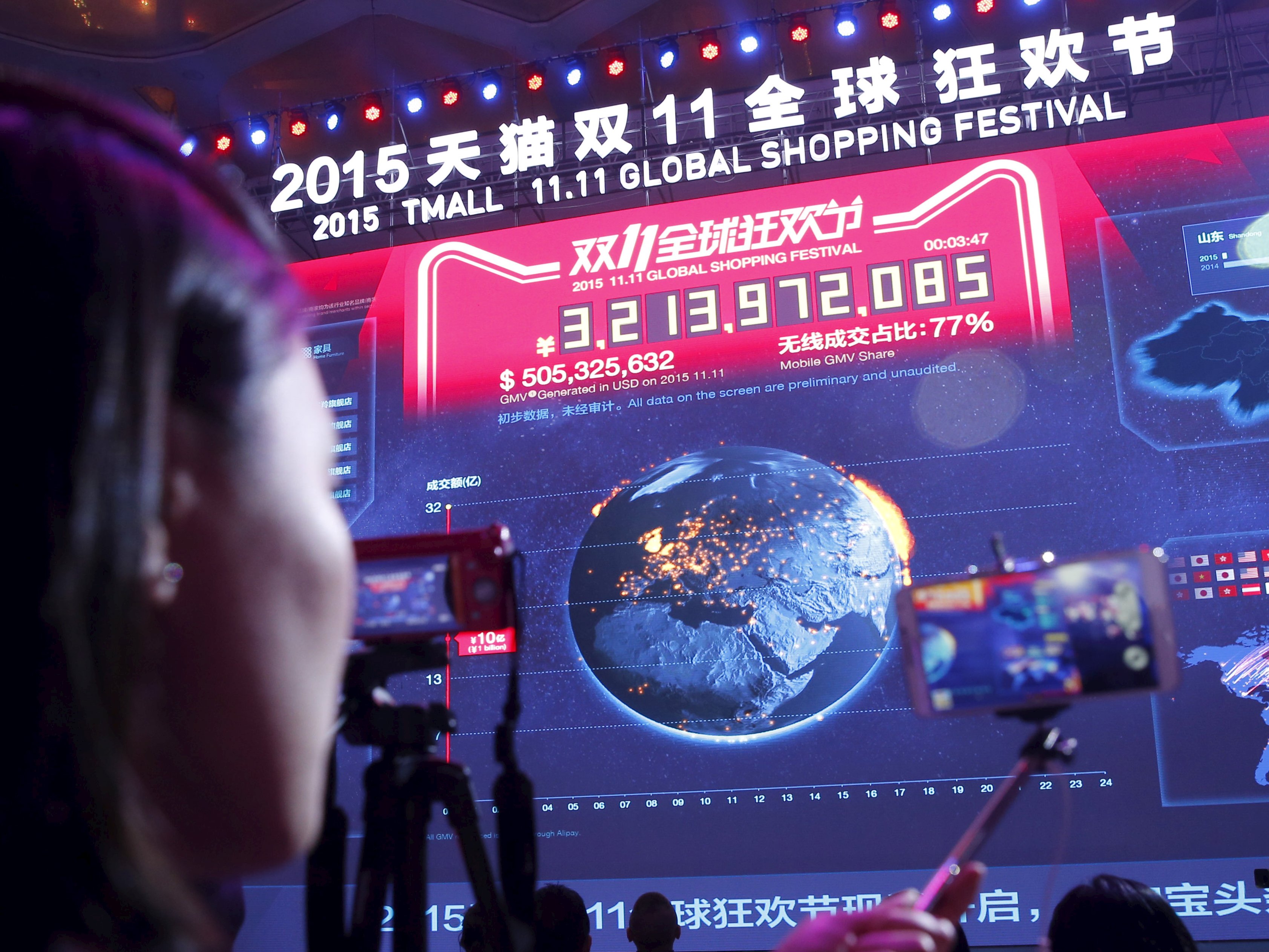 What do the following things have in common: time travel paintings, a wake-up call from US President Barack Obama, owl vomit and flame retardant suit of armor?

These are just a few of the goods and services you can buy online in China, justifying the new Chinese proverb, “anything you think of, you can buy it on internet.”

The speed and willingness with which Chinese consumers have adopted online shopping is nothing short of astonishing.

Just a few years ago, e-commerce was the preserve of youngsters purchasing low-end electronics and apparel from Alibaba’s marketplace (the dominating force in e-commerce in China).

Back then e-commerce users accounted for less than 15% of China’s1 total population. Today that figure has increased to near 40%, overtaking the United States to become the world’s largest e-Commerce market.

This trend is still gaining momentum. The range of products and the clientele has evolved. Services such as home delivery, beauty and spa, renovations and maintenance and financial services including insurance, wealth management, and peer-to-peer lending are the latest sectors to join the trend.

Additionally, we’re witnessing a snowballing effect as technology evolves. The launch of mobile payments in China has accelerated the online purchasing trend at a rapid pace. In China, 55% of internet users have made at least one mobile payment versus only 19% in the US.

In China, the digital wallet is no longer just a concept but a widely used reality and it’s changing consumption habits across generations. Chinese firm Tencent has transformed its social media platform WeChat from an instant messenger service into a digital wallet and mobile shopping platform, where its 1.1 billion registered users can pay for everything from groceries to clothes, from movie tickets to taxis, even take out an insurance policy.

The smart use of social media is also allowing companies like Three Squirrels, a pure online nuts retailer, and Mogujie, a social shopping platform, to thrive as their focus on social interaction and user experience provide strong appeal to the Millennials, whose consumption behavior patterns differ drastically from older generations.

New technology concepts, such as those described above, leverage speed, convenience and entertainment incentivize Chinese consumers to spend ever increasing amounts online.

While it’s important to note that companies in China can be more volatile, harder to price, and less liquid than US securities, the latest official data shows China’s services sector has grown to more than 50% of gross domestic product (GDP) and consistently delivering more than 10% growth.

The actual consumption growth may be even stronger than the data suggests as it may not capture sales from an explosion of start-up platforms and social media, which allow private retailers or service providers to undertake unreported transactions.

Headline numbers traditionally focus on industrial and manufacture outputs but neglect the fragmented service sector due to the difficulty in data collection – particularly data established via e-commerce.

What’s more, the removal of costly distribution hubs from the value chain reduces costs for the supplier. This benefit is no longer limited only to traditional consumer goods (and services) anymore.

The agriculture sector is getting in on the action. Of particular note in China is the adoption of Alibaba’s distribution network by rural farmers to access urban consumers, placing high value on fresh, quality produce. Value for both suppliers and consumers is realised through the elimination of suboptimal supply chains.

While this optimization may translate into a net deflationary impact in the short term, this should not be confused with weakening consumer demand. On the contrary, higher producer profit and lower prices are strong fundamental indicators of a sustainable reshaping of the supply chain.

Importantly for China, this trend brings with it the creation of jobs. Logistics is the most obviously impacted sector in this respect with growth of over 30% since 2014. Meanwhile, financial services, IT, and residential services are all reporting double-digit job growth figures.

Additionally, these levels of growth don’t take into account the tremendous benefit that e-commerce is having on self-employment. In the absence of formal legal obligations to incorporate, official employment data cannot capture this subset; however this sector’s growth is supported by overwhelming anecdotal evidence.

Aunty’s Kitchen, for example, specializes in the delivery of home cooked meals by a virtual restaurant. It provides a housewife a viable income stream from the comfort of her own kitchen. China’s consumer sector is undergoing a change for the better, and evolving consumer behaviors are the driving force.

From home-cooked meals and movie tickets to an insurance policy, the Chinese proverb is being made a reality: you truly can buy anything on the internet. The result is a flourishing consumer sector, driven by innovation, enabled by e-commerce.

Carol Yuan is a credit research analyst based in Singapore at Aberdeen Asset Management.