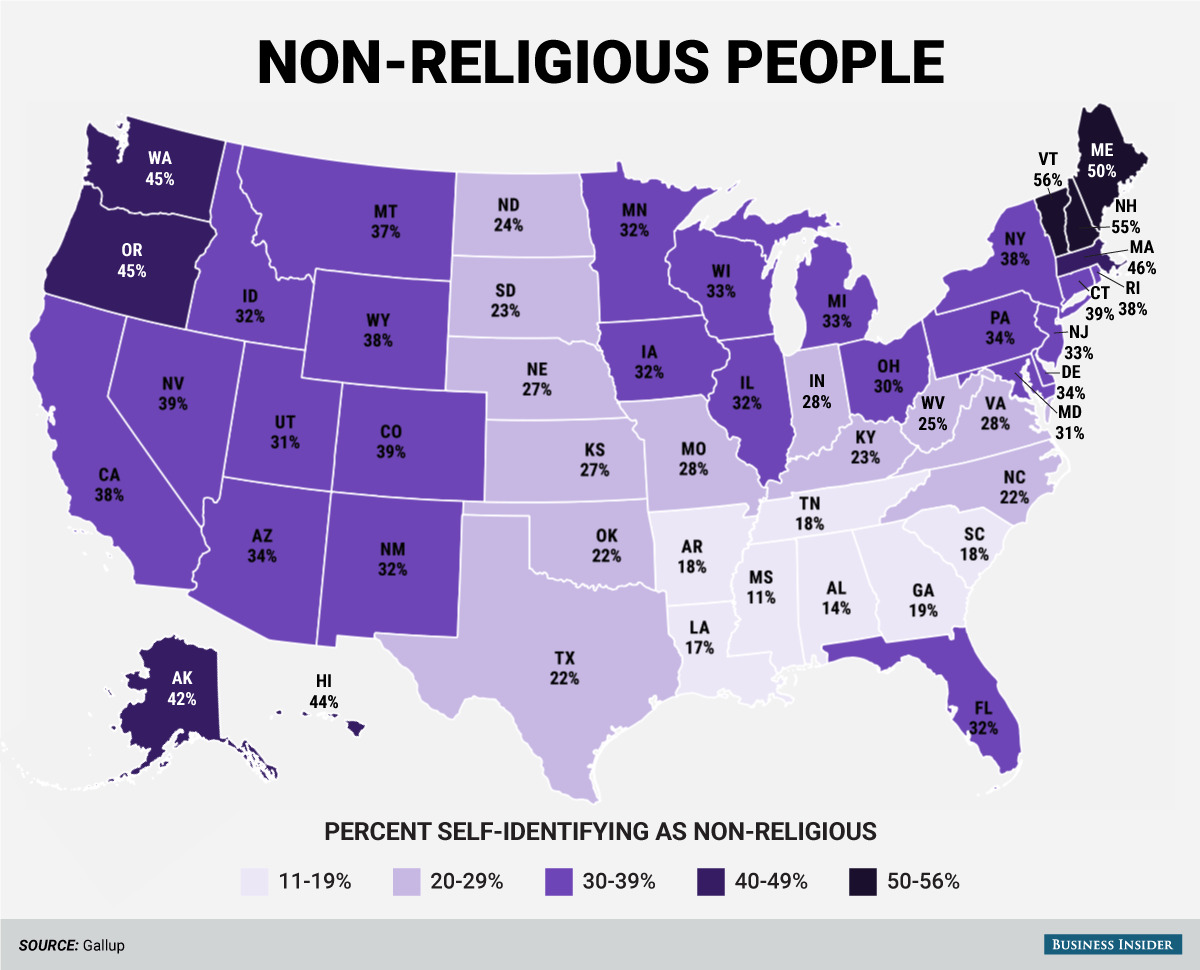 The 2016 presidential election is beginning to heat up. And it turns out the first-primary state also features the least-religious voters in the country.

Gallup recently released a report aggregating their 2015 daily tracking poll data with over 174,000 responses nationwide. The report showed how many people in each state identify as very religious, somewhat religious, and non-religious.

Here’s the percentage of each state’s population that identifies as non-religious. For more detail, check out the Gallup post here. SEE ALSO:POWER RANKINGS: Here’s who has the best chance at being our next president

NOW WATCH: ‘If you’ve got something to say, say it’ — here’s the most heated moment from last night’s Democratic debate