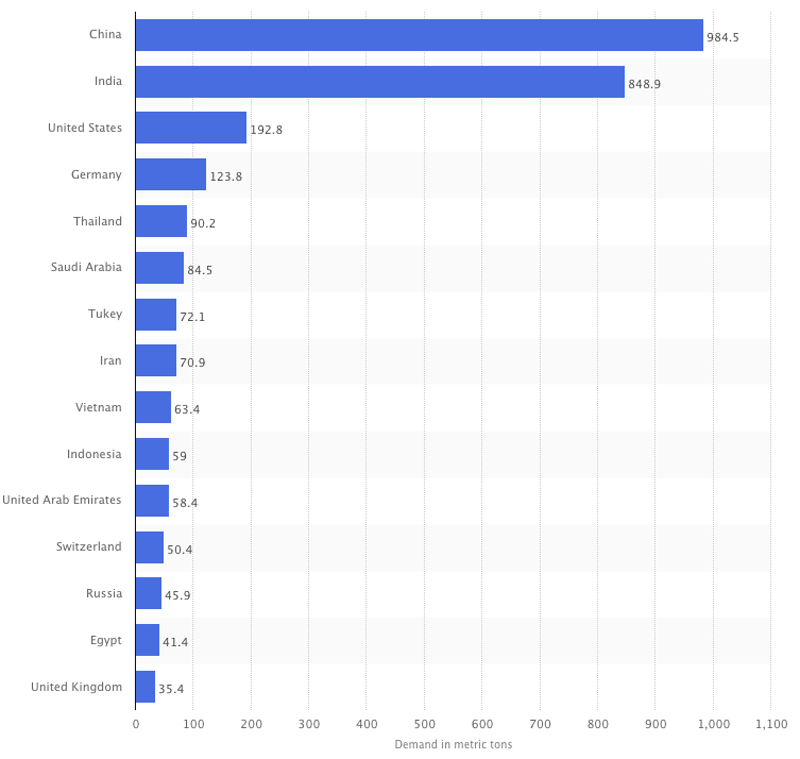 In fact, Indian demand trails only China for tops worldwide.

On Wednesday, India released its trade data for the month of February.

While gold imports fell, there was a small uptick in jewelry exports, swinging the net gold balance to a small surplus for the first time in two years, according to HSBC.

So what happened that caused gold demand to dry up?

Part of it was that gold prices hit their highest level since the beginning of 2015. But there was a more important issue in play: Dealers were holding back their purchases amid whispers the Indian government would& p;eliminate its 10% import duty.

Just ahead of month-end a source in Singapore told Dave Forest, the managing partner of Pierce Points, that, “Demand has been slow across the region for the past few days. It’s almost dead.”

However, when India’s government announced its new budget on February 29, there was no mention of eliminating the tax. Instead, the government decided to levy an additional 1% tax on all gold jewelry (India’s largest source of demand) sold in the country.

This created an uproar among dealers and ground the industry to a halt.

According to Oilprice.com, “…the decision from the jewelry federation could cut demand by up to 300 tonnes, or 9.65 million ounces, annually. A figure that would equate to 7.1 percent of total global demand from 2015.”

So far gold prices have held up, supported by dovish monetary policy by the US Federal Reserve and other major central banks. Following Wednesday’s FOMC meeting, gold was back $1260 per ounce.

While dovish central banks continue to provide a favorable set up for the precious metal, a continued slowdown of demand from the world’s second largest buyer as a result of the new tax is “one of the biggest threats the gold market has seen in years,” says OilPrice.com SEE ALSO:These are the biggest heists of all-time