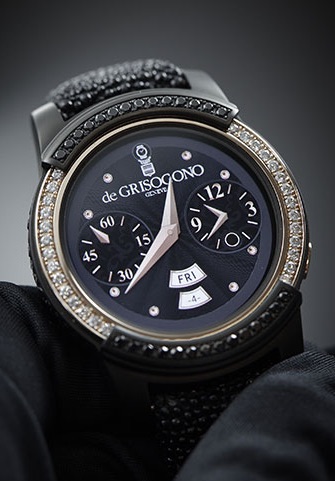 The Gear S2 is already a pretty sleek smartwatch, but Samsung just unveiled a limited edition model that blows the original out of the water. Designed through a partnership with Swiss jeweler de Grisogono, this Gear S2 variant puts pretty much every other smartwatch out there to shame.

Under all that elegance, this is still the same Gear S2 we know and love. That means you get Samsung’s Tizen software, a rotating bezel, a circular AMOLED display, wireless charging, NFC and more. The limited edition model also comes with a few fancy de Grisogono watch faces as an added bonus.

Overall, this looks like a pretty awesome gadget, though we’re a little scared to find out the price. Samsung hasn’t announced how much it will cost, but we assume this limited edition Gear S2 won’t be cheap when it launches this summer.