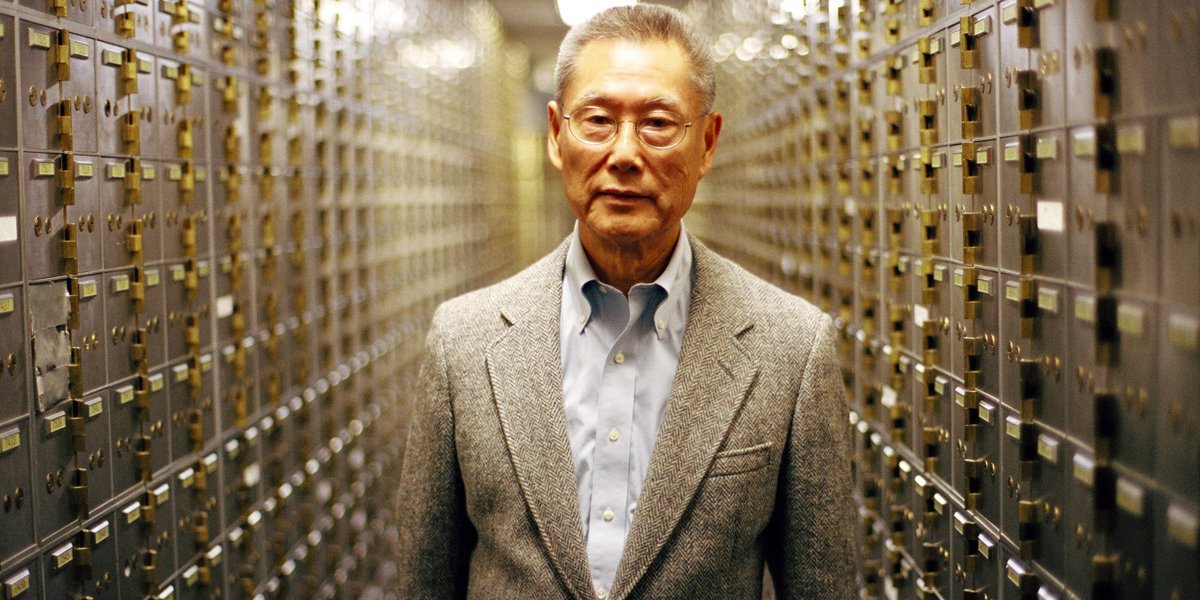 Following the 2008 mortgage crisis, which led to a $700 billion government bailout, the biggest financial institutions in the country were given a light tap on the wrist in fines and penalties. None were brought to criminal court.

But that wasn’t the case for a small, family-owned bank tucked inside Chinatown in New York City.

In 2012, Abacus Federal Savings Bank was indicted on charges of fraud in relation to hundreds of millions of dollars’ worth of mortgages that had been sold to Fannie Mae from 2005 to 2010. It’s the only bank to be indicted in connection to the 2008 crisis.

The case of Abacus, a reliable institution for thousands of Chinese immigrants that is run by Thomas Sung, who’s considered the George Bailey of Chinatown, was a shock for many in the community, while for the rest of the country the news seemed to tell a story of a dishonest bank that was finally getting its comeuppance.

But as we see in the new documentary “Abacus: Small Enough to Jail” by Steve James (“Hoop Dreams,” “Life Itself”), the bank’s surprising decision to fight the charges from the New York County District Attorney’s Office led to a David-versus-Goliath court battle that revealed how thin the case against Abacus really was. James spent the length of the three-month trial following the Sung family and trying to clear their name (the charges were dismissed in 2015).

“The point of view of this film is clear from the start — it’s kind of clear from the title,” James told Business Insider. “We think this was a miscarriage of justice.” James learned of the case through his producer Mark Mitten, who knew the Sungs. The filmmaker had an initial meeting with Sung and his daughters, Jill and Vera — who are executives at the bank — and Heather, who actually worked at the New York DA’s office when the bank was charged (she left shortly after). Then James knew he wanted to tell their story. But he didn’t want it to be one-sided, which started the long road to get people from the DA’s office to talk on camera.

“We didn’t get them to talk for the film until after the trial, though we tried throughout,” said James, who felt it was crucial to have the other perspective in the movie, even if he didn’t agree with it. “There are not two equal sides of the story, but that aside, it doesn’t relieve us of the responsibility to really articulate the case against the Sungs, because my feeling is by really laying out the case against them you also not just hear the case — you see how weak the case against them was.”

Because James wasn’t allowed to film in the courtroom during the trial, he had to come up with another way not just to show what happened inside but also to make it compelling.

“We actually hired a courtroom artist to go in several days and make some baseline illustrations,” James said. “Then we embellished them. There’s angles in those sequences that no courtroom artist could ever get.”

Showing over-the-shoulder sketches and detailed reactions of the Sungs matched the compelling testimony. Especially the DA’s star witness, former Abacus loan manager Ken Yu (who was fired after bank executives learned he was committing fraud), practically admitting how he pulled off his illegal acts behind the backs of everyone at Abacus while on the stand. Yu became the figure who ultimately unraveled the prosecutors’ case.

Another hurdle was simply telling a story set in the financial world that would keep audiences interested — always a challenge. James recalls a day when he and the crew were shooting in an empty courtroom and an officer with them asked which case they were doing the movie on.

“I told him Abacus, and after I explained he said, ‘Oh, that’s a paper trial,'” James recalled. “That was translation for a boring trial. It’s not sexy. And that was the challenge. This wasn’t one of the big banks being put on trial, but we felt a duty to tell the story and the ridiculousness of the DA’s case.”