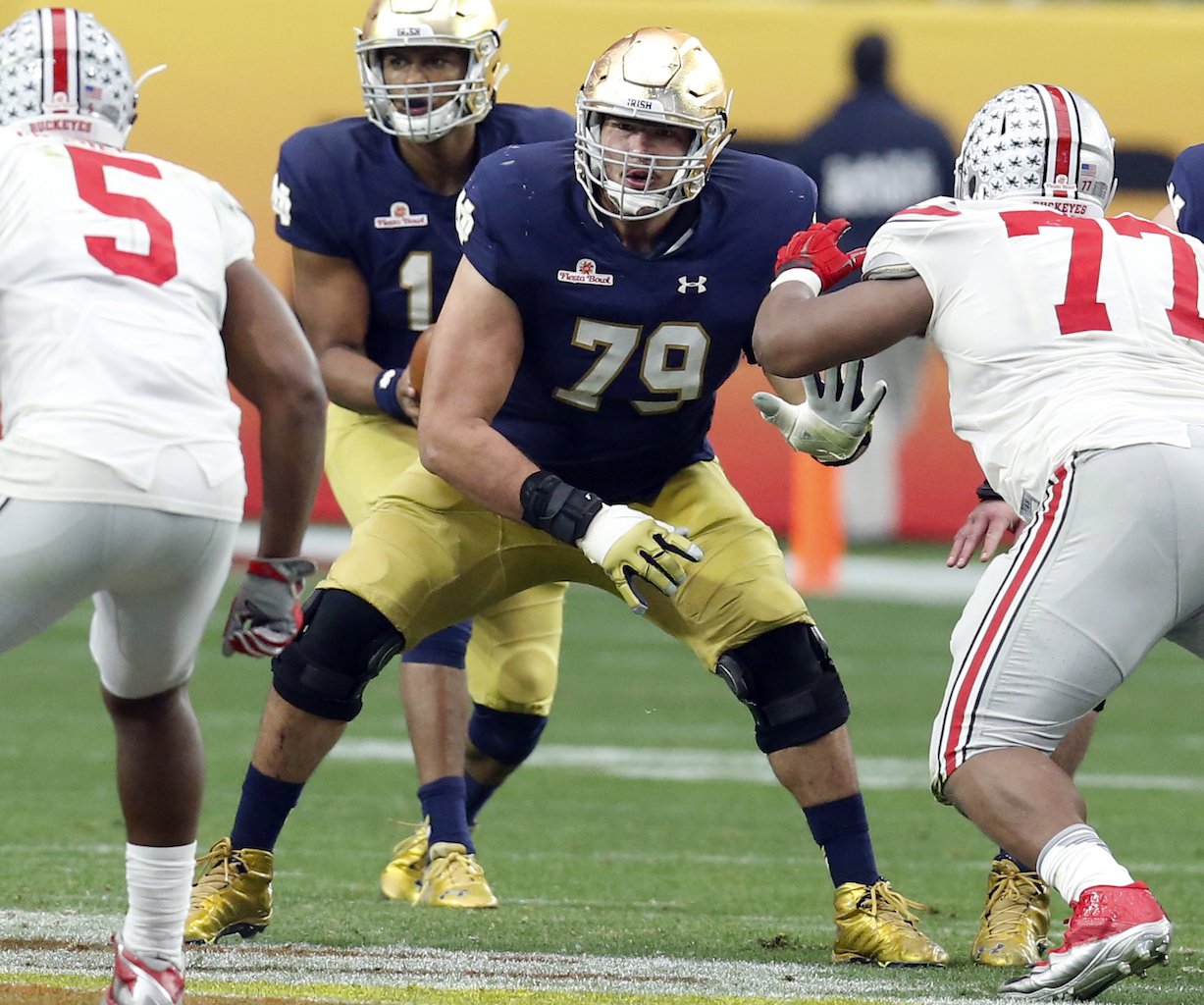 Like college football players, Notre Dame’s 6-foot-5, 315-pound offensive lineman Steve Elmer has decided to forego his final year of eligibility. However, unlike those who leave with their eyes on the NFL, Elmer giving up football completely to take a job in Washington D.C.

In an open letter on the University’s athletic website on Tuesday, Elmer wrote that he had decided to graduate in May and end his football career because of an exciting career opportunity in D.C.

“I have been presented with an incredible opportunity to pursue a career doing something in which I have great interest, and at a great company to boot,” he wrote, not specifying any further on the nature of the job. “The excitement I feel about the professional opportunity in front of me has helped me to realize that I’m just ready to be done with football. I’ve been playing this game for many years, and quite honestly my heart is no longer in it.”

Elmer started 30 games for Notre Dame, including every game from the past two seasons. While he’s not considered a blue-chip NFL draft prospect, it’s still extremely unusual for a healthy starter (on a team as reliably solid as Notre Dame, no less), to decide to move on from football with eligibility still remaining.

“I have no problems with the coaching staff, no academic issues, and no violations of team rules that normally come along with a statement like this,” Elmer added. “My reasons for cutting my playing career short have nothing to do with any negative experiences at Notre Dame; in fact, I would consider my commitment to this exceptional University the best decision I have ever made.”

According to the Detroit Free Press, Elmer majored in economics and spent the past summer interning for John Moolenaar, a Republican congressman from Michigan.

In a statement, Notre Dame head coach Brian Kelly added that he and the University supported Elmer’s decision to pursue his career beyond football.

“This university provides so many different avenues toward success, whether that’s on the football field or in the boardroom, and Steve’s another outstanding example,” Kelly said.