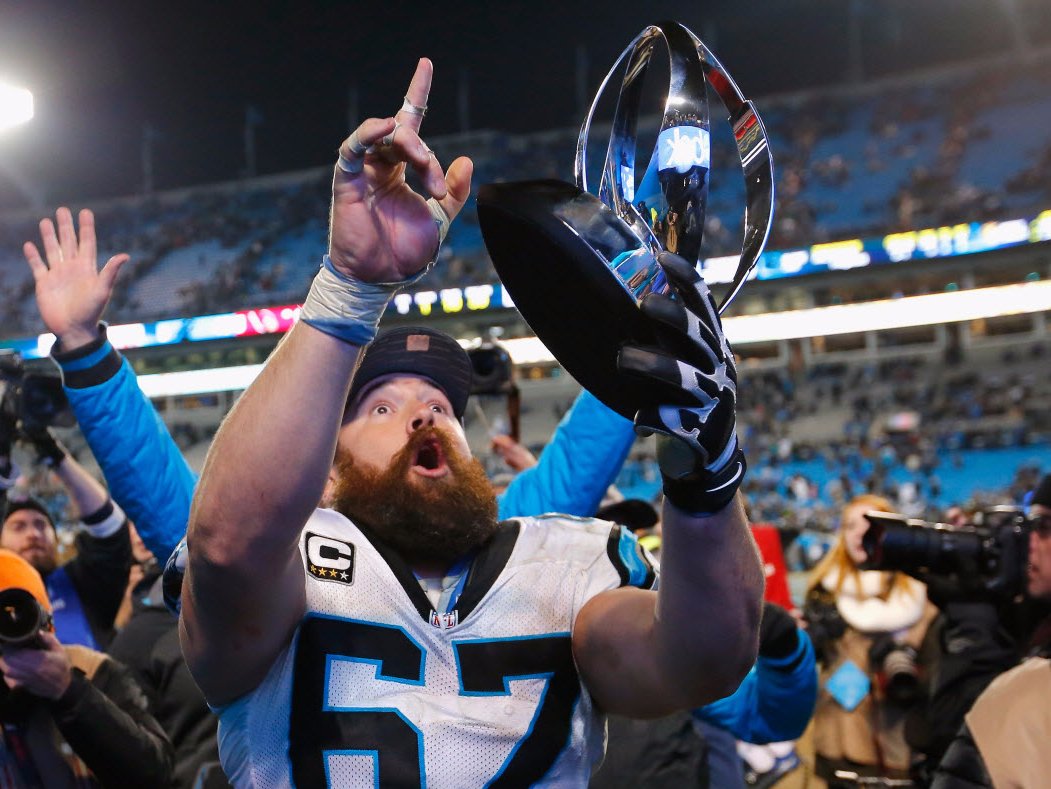 Kevin C. Cox/Getty ImagesRyan Kalil has had another trophy on his mind for a long time.

On Sunday, the Carolina Panthers will take on the Denver Broncos in Super Bowl 50 and one player has a chance to fulfill a promise he made to fans nearly four years ago.

In the summer of 2012, the Carolina Panthers had just come off a 6-10 season during Ron Rivera’s first season as head coach. That didn’t stop veteran center Ryan Kalil from seeing that greatness was coming.

Over the summer, Kalil took out a full page ad in the Charlotte Observer, promising Panthers fans a Super Bowl victory. The only problem with the ad was that Kalil promised a Super Bowl win for the 2012 season.

Here is the text from the ad which can be seen below:

Why the Carolina Panthers will win Super Bowl XLVII.

Because we have to.

A moment is upon us, where dreams become beliefs and yearning becomes conviction.

How do I know?

Because I’ve seen it.

Look closely and you’ll see it, too. You’ll see July 1st, 1993, when 40,000 of you bought club seats, licenses and luxury boxes, financing the construction of our stadium in a single day.

You’ll see October of that same year, when the NFL owners unanimously selected Carolina as the league’s 29th franchise.

You’ll see two decades of seasons bad and good. But never of greatness.

At the daunting, unpaved path ahead, lined with detours, naysayers, and walls which seem insurmountable. But not for you. You’ll ignore what you hear and break through ANYTHING that stands in your way. Because you see what’s at the end of this…

One hundred-percent, sterling silver victory. The Lombardi trophy. And it reads:

Here is the ad:

Panthers’ C Ryan Kalil was a man four years ahead of his time with this full-page ad in the Charlotte Observer… pic.twitter.com/BM9SU8ty24

According to the Observer, Kalil did not tell anybody in the organization about the ad because he “didn’t want to be talked out of it.”

Kalil has spent his entire 9-year career with the Panthers and now he is one win away from finally delivering something he saw coming in 2012.