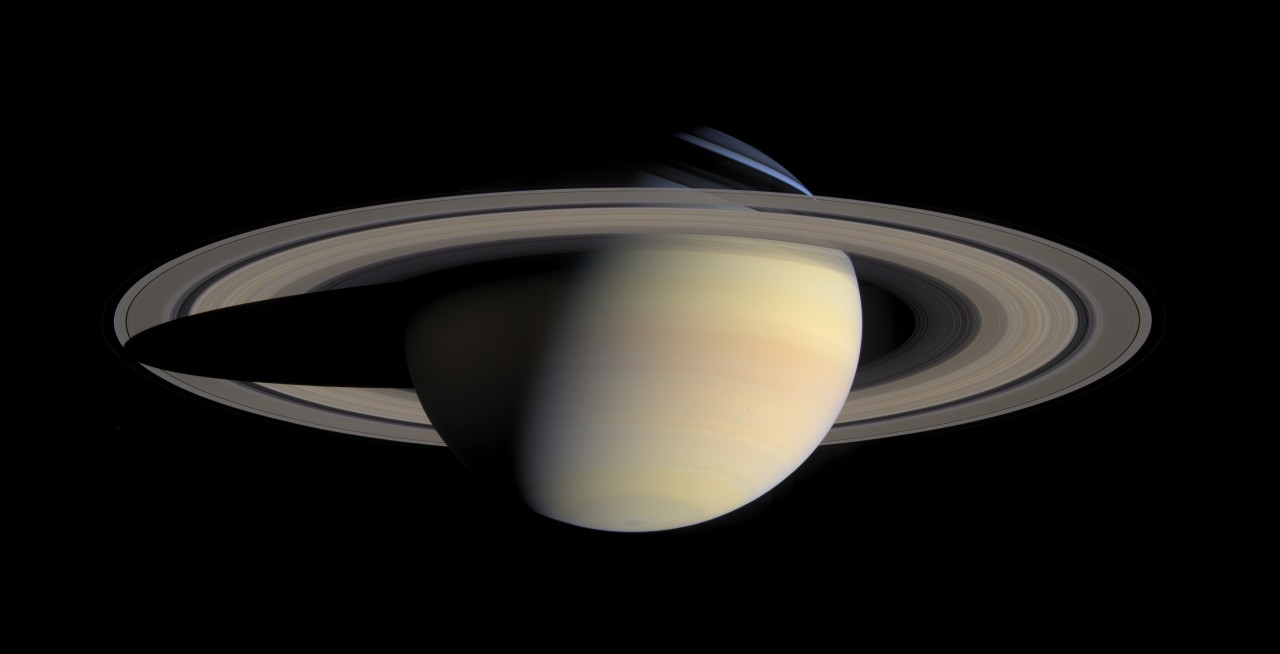 Saturn is thought to contain an indeterminate amount of rings—maybe thousands—though scientists have divided them into seven ring groups. By looking at pictures of the planet, you’d think it would be easy to spot its biggest ring, but a new study suggests rings that are more opaque don’t necessarily contain the most material.

According to NASA, scientists have found that Saturn’s B ring, considered the planet’s brightest and most opaque, isn’t actually what it seems. Just because the opacity of different rings varies doesn’t mean they vary in the amount of material they contain. Saturn’s B ring, for example, probably isn’t much heavier than the A ring despite it being up to 10 times as opaque.

“At present it’s far from clear how regions with the same amount of material can have such different opacities,” said Matthew Hedman, one of the study’s lead authors. “It could be something associated with the size or density of individual particles, or it could have something to do with the structure of the rings.”

Think of it this way. Fog can be much more opaque than the swimming pool in your backyard, yet a pool is much more dense. It’s a strange optical illusion that scientists still haven’t fully figured out, and it’s not only changing how researchers believe these rings were formed, but how old they are.

“The rings are so magnificent and awe-inspiring, it’s impossible for us to resist the mystery of how they came to be,” said Linda Spilker, Cassini project scientist.