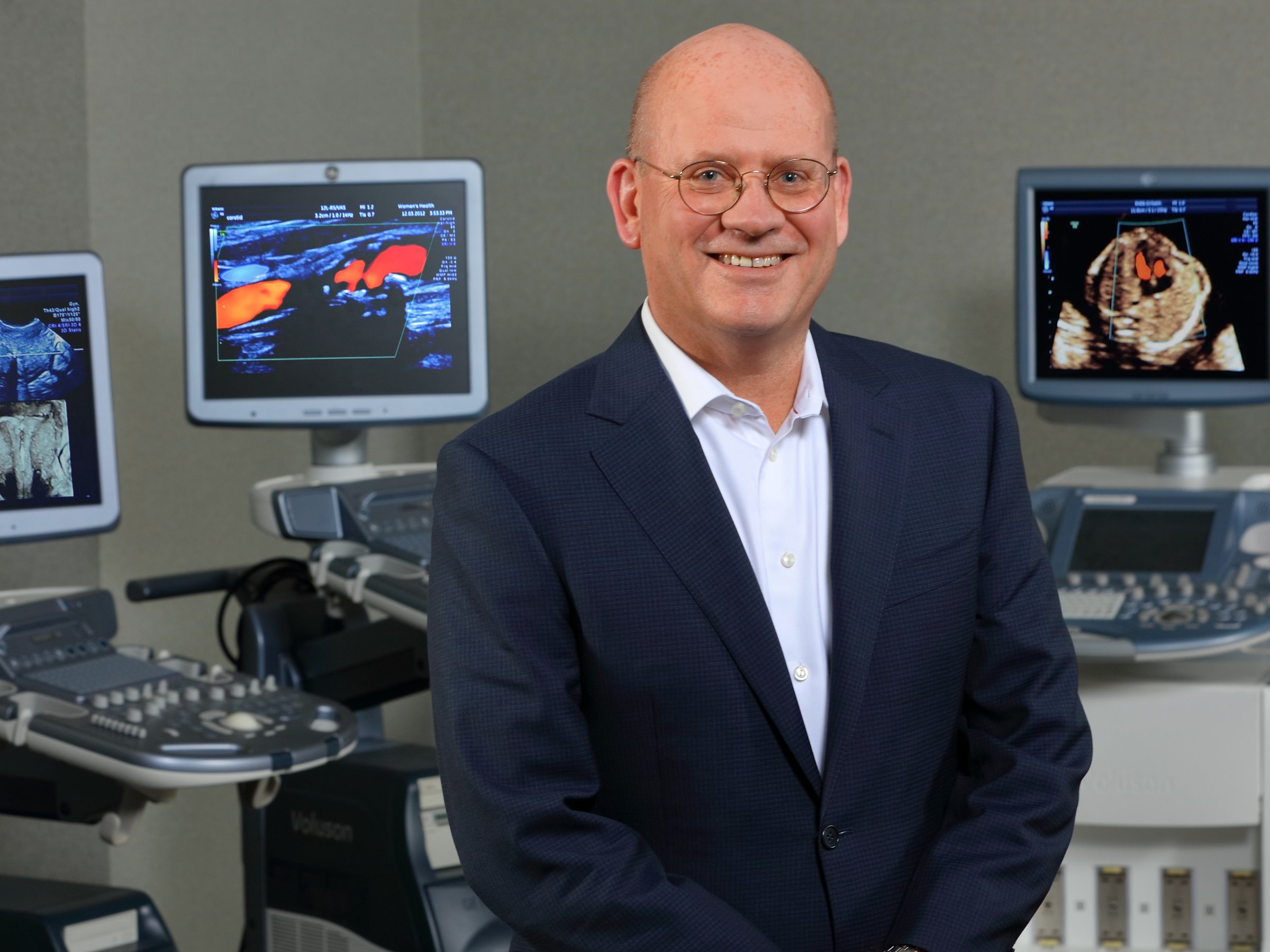 Software is becoming increasingly important in the world of healthcare.

GE Healthcare CEO John Flannery told Business Insider that before long we might start to think about medical devices — like MRIs or X-Ray machines — the same way we think about our smartphones. That is, the physical device might be less important than what the software inside the phone can do.

“If you think of your iPhone, its utility is fundamentally more than just the phone and the camera,” Flannery said. But at the same time, it’s so much more than just a device that takes pictures and picks up phone calls. “It’s all the other things that you’re able to do because of the combination of the hardware and software. And I think you’ll see the same thing in our business.”

GE Healthcare is probably best known for its hardware — its imaging machines such as MRIs and ultrasounds — but over the past few years the company has made a push toward digitization. Flannery said the company spends about $1 billion a year on launching new hardware. “We’re always going to invest heavily in the hardware because you have to be competitive and get an edge on that,” he said.

But at the same time, he’s shifting his attention more toward what that hardware can tell you when paired with software. For example, if an imaging device can monitor a person’s tumor and determine the rate at which a tumor is growing, that information could possibly lead to better medical outcomes.

As for whether software will become the main focus, Flannery isn’t convinced. “I think it’s not going to be an either or thing,” Flannery told Business Insider. “We definitely think there will be a growing role in importance and criticality of the digital side of things.”

It’s a different take from, Vijay Pande, a general partner at Andreessen Horowitz, who told Business Insider that he thinks software could be the future of healthcare, replacing “hardware” (pills, medical devices, etc.) with software that provides more valuable information and outcomes than hardware.

GE Healthcare employs about 5,000 software engineers right now, which make up 10% of GE Healthcare’s total employment. That number’s expected to double over the next several years.

The hiring effort is part of this broader plan, with GE Healthcare planning to invest $500 million in software and software engineers in 2018.

SEE ALSO:A new kind of doctor’s office that charges a monthly fee and doesn’t take insurance could lead to much cheaper prescriptions