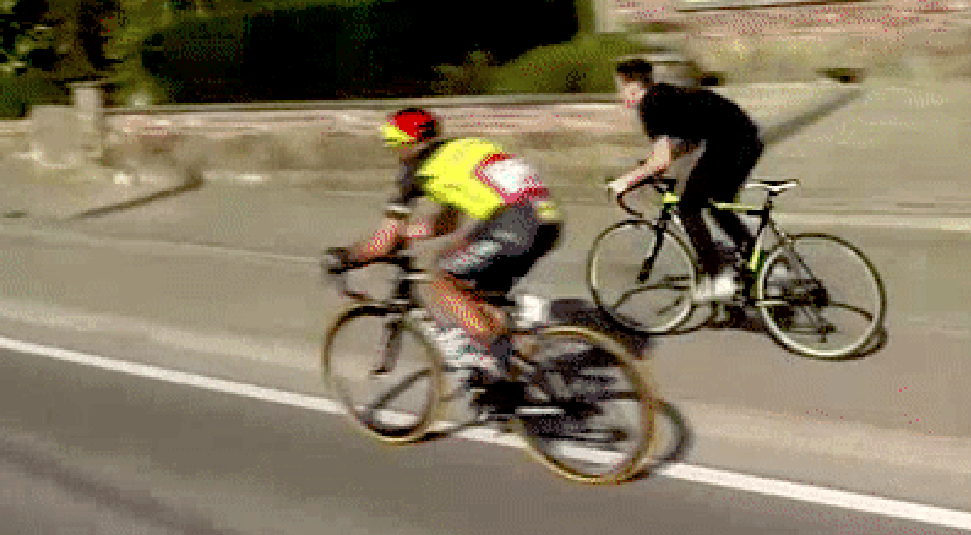 Philippe Gilbert and his unlikely rival on Tuesday during the Three Days of De Panne race in Belgium.Sporza.be

In case you missed it, cycling is the best sport.

And for many fans this is the best time of year as the one-day classics are here. This Sunday it’s the Tour of Flanders — one of the biggest sporting events in Belgium — and the week after that it’s the “Hell of the North,” Paris-Roubaix.

When races come through your town, you can get up close to the riders — inches away — as they whiz by. That’s normally not a problem, except when it is.

This kid in Belgium took his zealousness to the next level on Tuesday by hopping on his bike and racing alongside pro rider Philippe Gilbert (Quick-Step Floors) during the opening stage of the Three Days of De Panne race.

For a few glorious seconds the kid was livin’ the dream, and cycling Twitter relished the moment.

There aren’t a lot of sports where you can do that sort of thing.

Gilbert, a former world champion and all-around monster bike racer, went on to win the stage after an impressive solo breakaway late in the race (which surely now marks him as one of the favorites for Flanders).

“Riding against someone in normal shoes is not fair! happy i dropt him!” the Belgian champ said on Instagram.