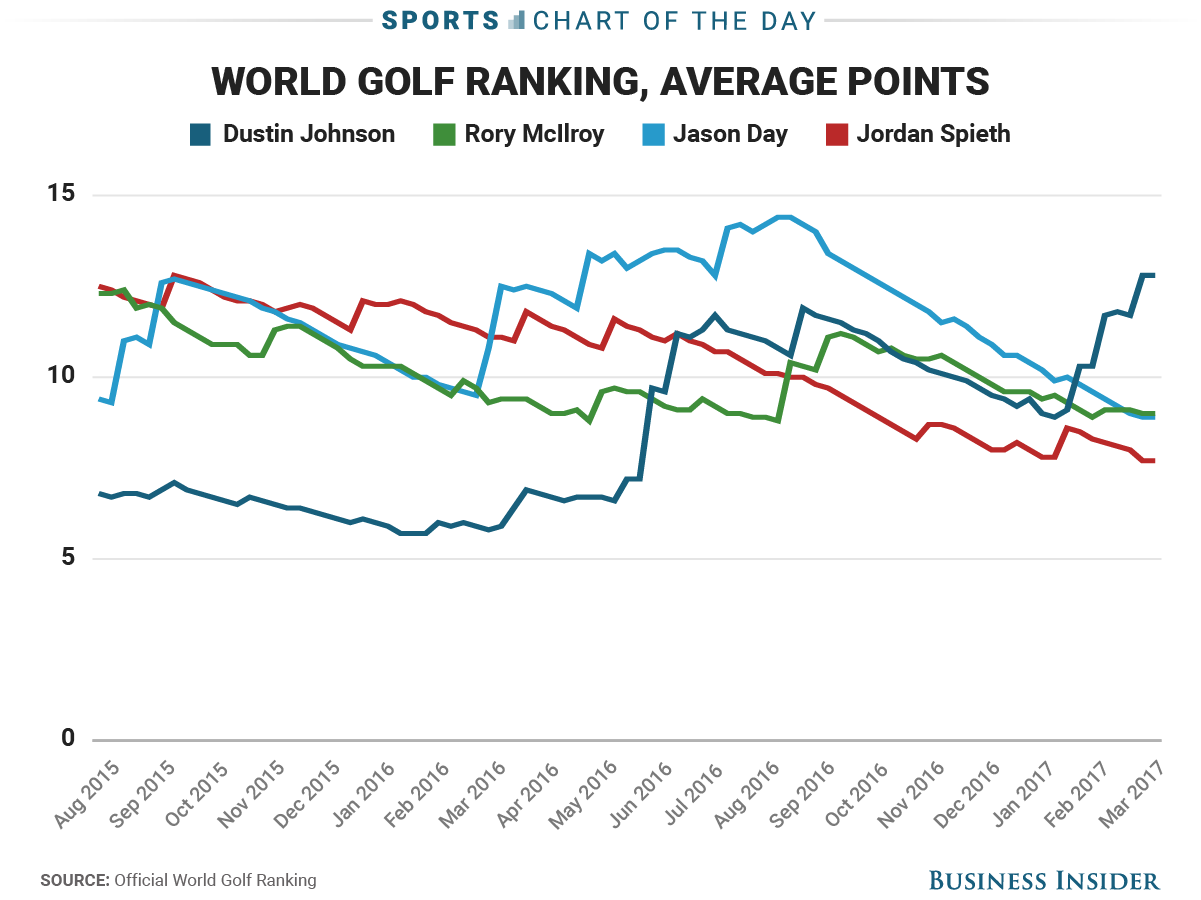 Dustin Johnson won the World Golf Championships-Dell Match Play event in Austin this week. While it was his third win in a row on the PGA Tour, that just begins to explain how dominant the world’s No. 1-ranked golfer has been.

The chart below tracks the average points in the Official World Golf Rankings for the sports’ top golfers over the past two years. A player’s OWGR points are based on their performance over the previous two years with more weight placed on recent events. Points tend to naturally decline late in the year when top golfers are playing fewer events.

We can see that Johnson trailed well behind the other golfers early in the 2016 season. However, he started to surge in June and July when he won the US Open and WGC-Bridgestone in consecutive starts. Over his last 16 events on the Tour, DJ has six wins, eight top-3 finishes, and 12 top-10s.