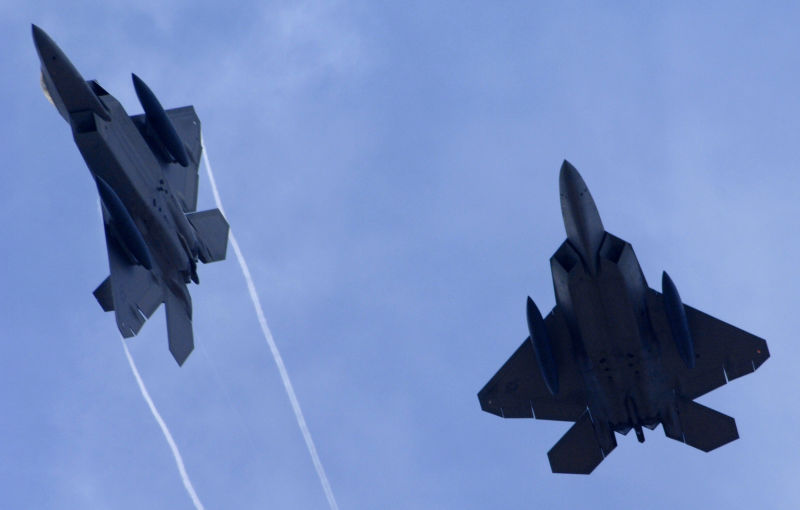 President Donald Trump’s pick for Air Force Secretary has stock in 16 defense companies and will have to divest from them if she is confirmed for the role, according to financial disclosure reports. Many appointees for high-level Pentagon posts before her have had to sell stock and quit their corporate gigs, but nominee Heather Wilson is unique in that she may have skirted lobbing restrictions after she left her congressional position in 2009.

A Republican congresswoman from the state of New Mexico from 1998 to 2009, Wilson served on the House Armed Services and Energy and Commerce committees, according to Defense News. She later got a gig at Sandia Corp, a subsidiary of Lockheed Martin. Lockheed oversees Sandia National Laboratories, which is owned by the government. That lab develops components for nuclear weapons, which, obviously, the government uses.

According to a February report from the Center for Public Integrity (CPI), Sandia benefited from her insider knowledge and used it to craft strategy so that the company could win a noncompetitive contract to continue its work on nuclear weapons. Basically, it avoided a government practice designed to keep costs down.

Here is more on how that played out, per CPI:

For example, in a July 2009 email to David L. Goldheim, Lockheed Martin’s director of corporate development at Sandia, about what to tell top federal officials, Wilson advised that “your message to these people is that competition is not in the best interest of the government and ask them to call [name redacted] today and tell him that a recompete at Sandia is not needed,” according to a copy of the email obtained by the Center for Public Integrity and shared with POLITICO.

The emails shed new light on how Wilson, 56, swiftly embarked on a career of “strategic advising,” a niche that’s been fashionable among many ex-lawmakers and officials since lobbying rules started becoming tighter in Washington. They provide a rare window into how such well-connected consultants, with virtually no public disclosure, leverage their experience to help private firms get their way with the government.

Lockheed was forced to pay $4.7 million in 2015 to settle allegations that it used taxpayer dollars to finance lobbying on its own behalf in actions that took place between 2008 and 2012.

One critic told CPI the settlement was weak:

Jay Coghlan, executive director of the nonprofit watchdog organization Nuclear Watch New Mexico, called the sum Sandia Corporation agreed to pay “a slap on the wrist.” He said “there should be criminal prosecutions for clear violations of federal anti-lobbying laws.”

For her part, Wilson said she did not directly lobby herself and a Justice Department investigation did not find fault with her conduct. Former congressmen and women have to wait one year before they can lobby on the Hill.

Wilson’s confirmation hearing is Thursday and she is likely to be pressed hard on her corporate ties, but that likely won’t derail her nomination. The Army and Navy candidates had to withdraw from the nomination process because of their own business holdings. Vincent Viola, the Army pick, owns the NHL’s Florida Panthers and is reportedly worth $1.8 billion; he reportedly found separating himself from his businesses too challenging and had to drop out of the process. Philip Bilden, the Navy pick, had to withdraw because he would “not be able to satisfy the Office of Government Ethics requirements without undue disruption” to his businesses dealings.

It appears that Wilson does not have the same business holdings as Bilden or Viola, making her more likely to pass through any additional ethics vetting. In a letter to the ethics office in the Defense Department, Wilson agreed to divest from 16 Department of Defense stocks and resign from her current job as president the South Dakota School of Mines and Technology; she also agreed to step down from board positions of businesses and organizations that could led to conflicts of interest.

Just an FYI: Trump’s cabinet picks have a net worth of at least $6 billion and have deep Washington connections. So much for draining the swamp.