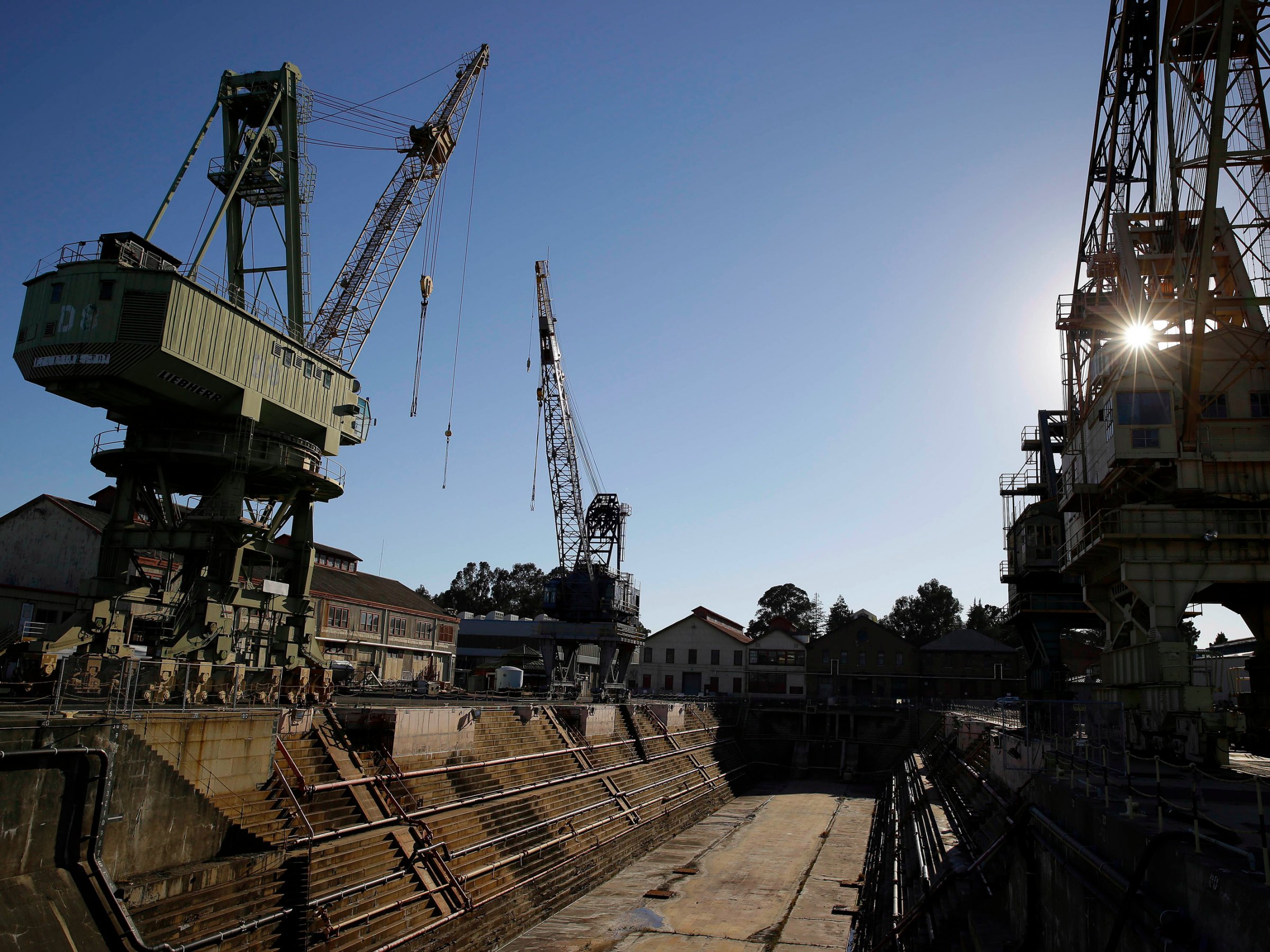 In this photo taken Oct. 2, 2014, the sun begins to go down behind the former Mare Island Naval Shipyard in Vallejo, Calif.AP Photo/Eric Risberg

Electric-car startup Faraday Future hit another speed bump in its nearly yearlong struggle to keep the lights on. The Southern California-based company announced it is scrapping plans to build a secondary facility in the San Francisco Bay Area.

The site, a naval shipyard on Mare Island in the city of Vallejo, was the subject of Faraday’s plan to build a light industrial facility for manufacturing electric vehicles. The company entered an agreement with city officials in May last year that set forth terms for negotiations on the 157-acre site.

“Due to the new strategy to focus corporate efforts on development of its first production vehicle and plant in North Las Vegas, FF has decided to end its Exclusive Right to Negotiate (ERN) with the City of Vallejo,” a Faraday spokesperson said in an emailed statement to Business Insider. The company indicated it would keep Vallejo on its radar for potential future opportunities.

According to the Vallejo Times-Herald, Faraday had been given two extensions on the negotiation contract with the city — once in December, and again some three months later — to see if the company was able to buy the property. Faraday’s most-recent reprieve was a 45-day extension that it forfeited less than three weeks later, the newspaper reported.

Faraday Future, hamstrung in recent months by an ambitious agenda that was all but upended by a cash shortage and a mass exodus among its executive ranks, has sought to refocus its efforts — namely, finishing development of its production concept car, the FF91, and getting its main factory off the ground.

That main factory is expected to go up about 30 miles north of the Las Vegas Strip, though the construction site the company celebrated in April last year is still a vast empty lot in the middle of the Nevada desert. The company touts the vacant acreage as “phase 1” of the project, promising the next phases would begin “very soon.”

It is unclear what Faraday’s actual timelines are, even as the company claims to be receiving new reservations for the FF91 electric car — a tech-laden, crossover-style vehicle that was not yet ready for production as of its debut at the Consumer Electronics Show in Las Vegas this year.

Seen as a threat to Tesla at its inception, Faraday is primarily backed by tech billionaire Jia Yueting, the chief executive of the media and electronics conglomerate, LeEco. Jia’s company has had its own money problems and mass layoffs in the last few months, which were followed by the rumored sale of a 49-acre property LeEco bought from Yahoo less than a year ago in Silicon Valley.

LeEco got a $2.2 billion investment from the property company Sunac China Holdings in January, but that money was earmarked for LeEco’s entertainment business and not its languishing car upstarts.

SEE ALSO:Faraday Future, once seen as a ‘Tesla-killer,’ is said to be in shambles as cash runs low and executives flee

NOW WATCH: Elon Musk came up with an ingenious solution to a Tesla owner’s Twitter complaint in just 6 days