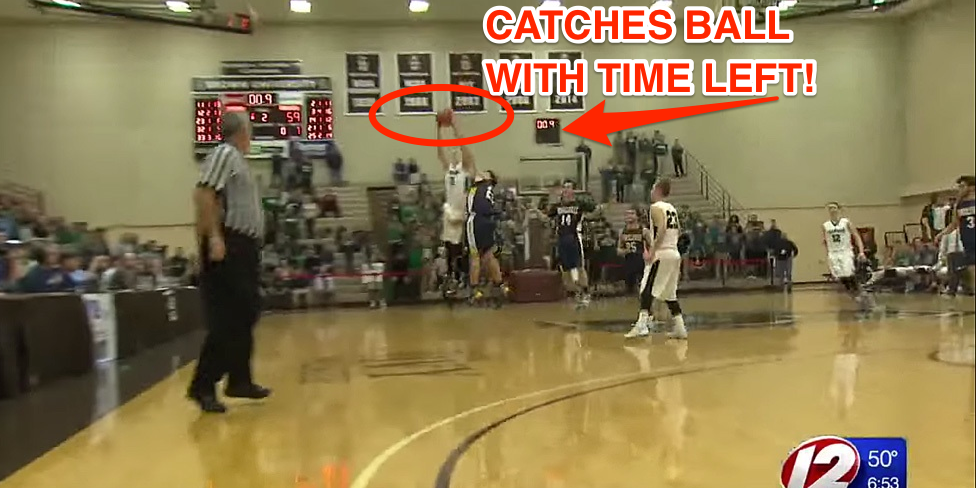 Burrillville took a 59-58 lead with four seconds remaining, forcing Chariho to inbound the ball for a game-winning shot attempt.

As Chariho did so, a player from Burriville stole the pass, seemingly ending the game as he ran down court with the ball.

As the Burrillville player celebrated, he tossed the ball in the air as the team ran onto the court. However, a Chariho player caught the ball and called timeout before the buzzer sounded.

The Chariho player managed to catch the ball and call timeout with less than a second left. So, the refs had to break up the celebration, reset the clock, and Chariho had another chance at a last shot.

They ran a fantastic lob play for the game-winning layup:

Unfortunately, it was a tough moment for No. 2, who had tossed away the ball after the steal. Lukcily for Burrillville, they are neither the first, nor will they be the last team, to spoil a win by celebrating too early.