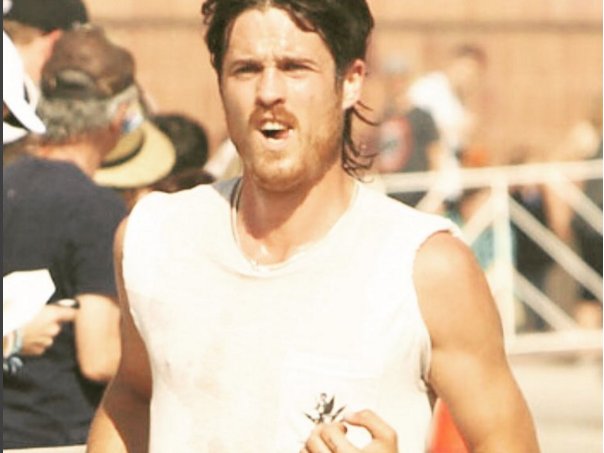 Another NFL player was involved in an ugly incident linked to synthetic marijuana, and it may be a growing problem

Chris Barnicle is no stranger to marijuana.

The former professional distance runner calls himself the “world’s fastest stoner” on social media, and has discussed his marijuana use throughout his career.

So it’s fitting that the toughest challenge he ever faced may not have been on the track, but in the doctor’s office.

In an interview with FloTrack published Thursday, Barnicle revealed that not only did he smoke marijuana at the University of Arkansas, he also became notorious for beating drug tests.

We used to do what we’d call “great escapes.” There were a couple times where me and the buddies that I smoked with would walk into practice on a Tuesday morning and an assistant coach would walk up to us like, “You’ve got a drug test tomorrow morning, Barnicle.”

The NCAA All-American said he once passed a drug test just 36 hours after smoking marijuana:

I think I have the record among our buddies of passing the test in the tightest window after smoking, which was like thirty-six hours. What I did to my body in those thirty-six hours was probably one of the unhealthiest things I’ve ever done. I ran probably about twenty-four miles. I was in the sauna the whole time between classes, I was drinking too much water and too much orange juice. That was the first time ever that I drank coffee. One of my smoking buddies suggested that I use coffee as a diuretic, so I drank a coffee with three espresso shots.

After graduating, Barnicle enjoyed a short-lived professional career that was derailed by injuries. In 2014, he launched an equally short-lived medical marijuana business in California called Zip Organics. On Tuesday, Barnicle earned the dubious achievement of finishing last in the US Olympic marathon trials. His time of 3 hours, 45 minutes was 22 minutes worse than the slowest women’s runner, and the slowest Olympic trials time by any American man or woman since at least 2000.

Barnicle was three years removed from the 2013 half-marathon time that qualified him for the trials. He said he decided to go through with Tuesday’s race less than two months ago, when he learned it was in his hometown of Los Angeles.

FloTrack asked Barnicle if he had eaten any edible marijuana before the race.

“No comment,” Barnicle said after a long pause. “I worked really hard to make it to the finish line and to get my name in the results. I would hate for [USA Track and Field] to be able to change that to a DQ.”