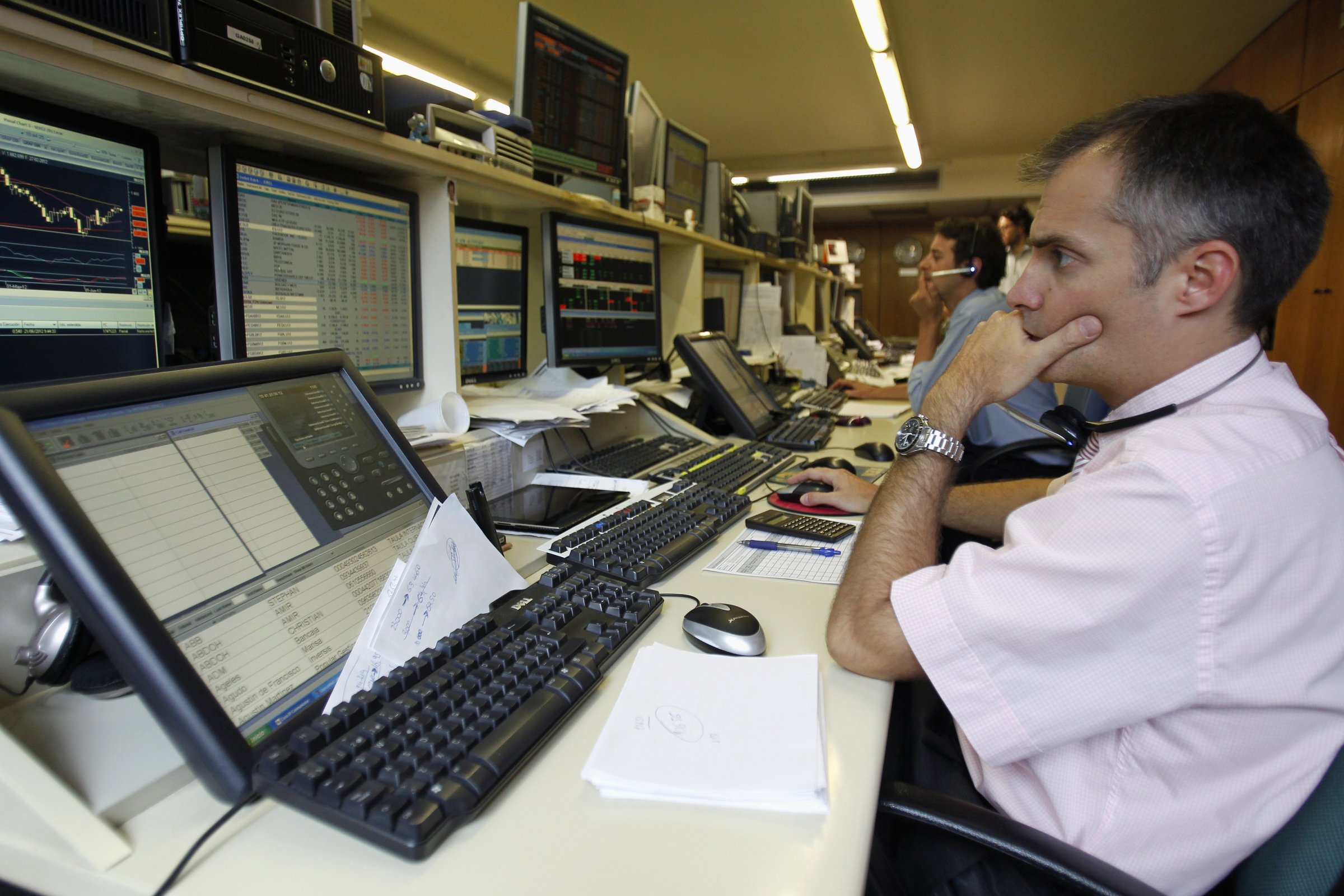 A trader looks at computer screens during Spain’s bonds auction in a broker’s office in Barcelona.Reuters/Albert Gea

Don Devine, a bond trading luminary who started his career at Goldman Sachs in the early 1980s, was in need of a gut check. He was weighing up an investment in a new bond market startup, but he’d left his last senior role on Wall Street almost a decade ago.

“I was worried that I missed something, and so I called around, and it was amazing to me that nothing had changed,” he told Business Insider. “It’s still about the same Bloomberg screen. Really?”

Devine decided to make the investment in BondCliq. In doing so, he teamed up with Steve Duncker, another former Goldman Sachs partner, former Blackrock executive Paul Faust, and financial technology venture capital investor ValueStream, and others. The firm is now halfway toward a $2 million second fundraising, having raised $700,000 in the autumn. And the startup has big ambitions.

BondCliq is the brainchild of Chris White, the founder of former Goldman Sachs trading platform GSessions and CEO of market infrastructure consultancy ViableMkts. It has two main pillars: It offers a post-trade data visualization tool that helps make sense of real-time and historical bond trading data and plans to launch a pre-trade “consolidated quote platform” for corporate bonds. It has five funds signed up, including three of the top 15 by assets under management, and expects to have 75 buy-side users by the beginning of the fourth quarter.

“I opened it, and I was enthralled,” Devine said of the post-trade tool. “I have seen 100 of these things, and the reason I invested in this one is simple: I wish it had been around when I was a line trader, a manager, or running syndicate.”

This view was echoed by Duncker, who likened BondCliq to what Zillow is doing in the housing market. He said that if it’s possible to have an algorithm create accurate price estimates on homes, it should be possible to bring additional transparency to the bond market.

The strategy for the pre-trade “consolidated quote platform” is based on market structure history. Nasdaq, the giant exchange group,started out in the 1970s as abulletin board that centralized all market maker quotes for stocks. BondCliq is aiming to do that for the bond market, and become “the first central market system for the corporate bond market.”

The pre-trade platform has three dealers signed up to attribute quotes, and White hopes to have eight signed up when it launches towards the end of this year. The quotes aren’t actionable through BondCliq, but the quotes will be displayed with dealer identity and a ranking, to reward the dealers that provide accurate pre-trade information.

“If you think about large dealers, under the previous Dodd-Frank regime, the real hole in the market is in the less liquid securities,” Faust told Business Insider.

“You can trade large AB Inbev or Verizon positions very easily, and in size on electronic platforms, and know you’re getting efficient execution,” he said. “If the [BondCliq] pre-trade [platform] can be accomplished efficiently and gets rolled out, it really addresses the biggest hole, which is the second and third tier [of bonds], which is a very large percentage of trading volumes.”

“Like any of these things, you just need to get the snowball heading down the hill.”

To be sure, there are challenges ahead. Lots of well-funded bond trading startups have launched, only to fall by the wayside. Changing market participants’ behavior is difficult. And the biggest players arguably have a lot to lose from increased transparency and competition. Still, the investor group backing BondCliq are confident.

“We certainly wouldn’t have invested if we didn’t think it could be a very significant outcome,” Karl Antle, managing partner at ValueStream, told Business Insider. “Do I think it could be worth a lot of money? Absolutely.”