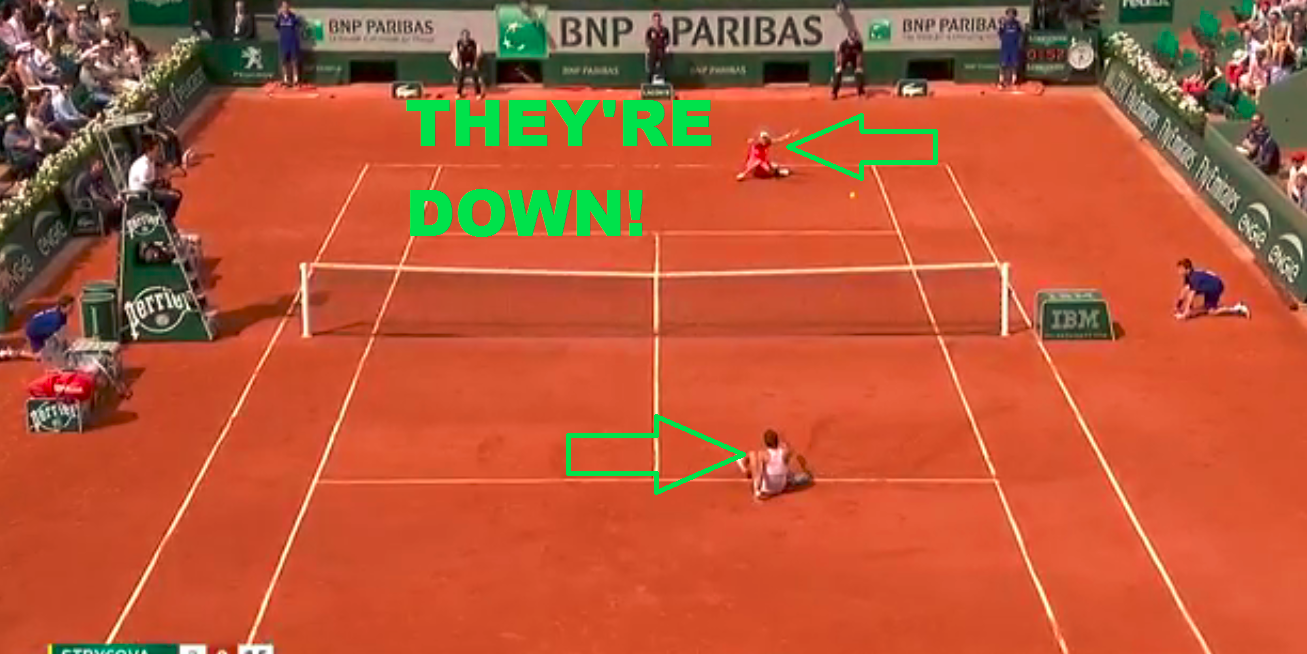 Second-ranked Agnieszka Radwanska and 30th-ranked Barbora Strycova created one of the wildest rallies at the French Open on Friday.

Down 3-0 in the middle of the second set, Strycova was serving to Radwanska, down a set in the match.

The two exchanged a couple of normal returns when Strycova slipped on the clay going near the sidelines to return a shot. As Radwanska went to make her return, she also slipped and fell off her feet as she made the return.

Incredibly, Strycova attempted to get back up, slipped again, and sent it back over the net. Radwanska struggled to her feet, ran to the net, and sent it back. That’s when Strycova finally got up, and sent the return past Radwanska for the point, as the crowd oohed and aahed.

Strycova took the second set in a tiebreaker, sending it to a third and final set.

Watch the wild sequence below: