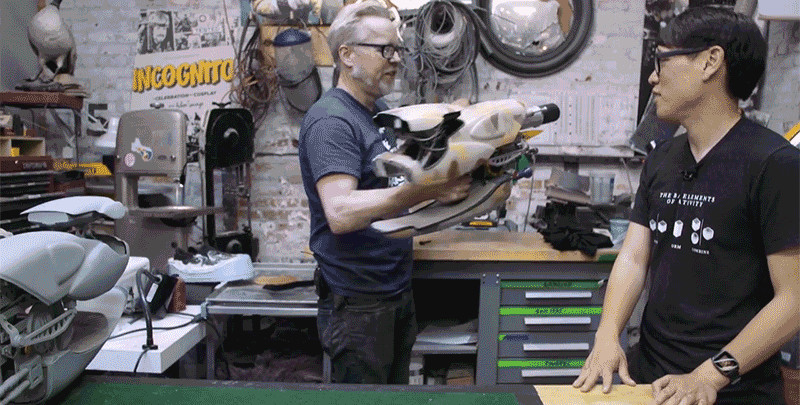 The Fifth Element is one of those movies you can’t help but watch all the way through whenever it’s on TV. There are just too many wonderful moments to miss, but clearly Adam Savage’s favorite was the reveal of the Zorg ZF-1 blaster. Why else would he spend over 10 years building a replica of his own?

Over the years Adam actually recreated a few versions of this blaster, estimating its size based on a few of the props parts he was able to find in real life. But eventually someone on The RPF forums was able to get their hands on one of the original blasters used in the movie and take measurements, allowing Adam to finally build a perfect replica.

Everything from an Estes model rocket, to a butane torch, to parts from a Star Trek: Voyager spaceship model were used in its creation. Adam’s version even lights up like the countless versions used in The Fifth Element did. The only thing it doesn’t do, however, is actually fire, which is probably a good thing given how devastating a weapon it seemed. Now will someone just find Adam’s stones?!