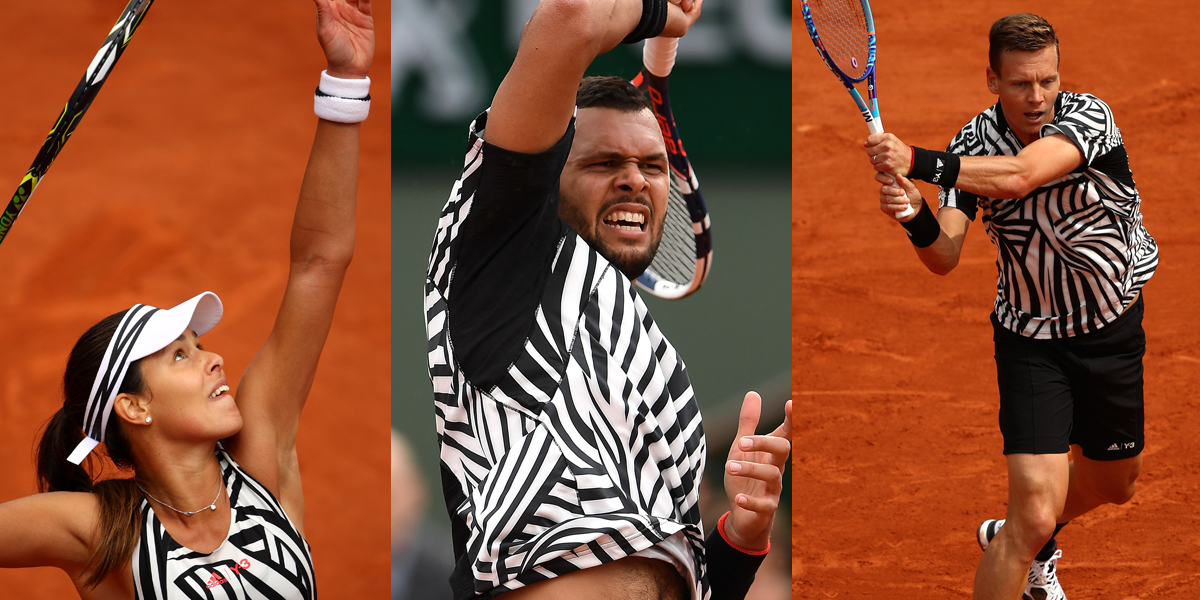 Adidas has turned quite a few heads at the 2016 French Open.

The sportswear company chose to outfit its players — including former champion Ana Ivanovic, world No. 7 Jo-Wilfried Tsonga, and ex-Wimbledon finalist Tomas Berdych — in a bold, black-and-white zebra-striped collection “made to disrupt and inspire.”

The eye-boggling style has sparked a lively conversation among fans and commentators — some are “digging the zebra print,” while others are observing that it’s “a bit busy“ or “hideous.” Others argue that it could be distracting to the players on the other side of the net.

The sportswear company says the clothing line is inspired by “dazzle camouflage,” a military pattern used on ships in World War I and II. Ships were painted with dark and light stripes, the idea being “to distort an enemy submarine commander’s perception of the ship’s size, shape, range, heading and speed, so as to make it harder to hit with the non-homing torpedoes of the period,” The Economist explains.

When releasing the 2016 French Open style, the Adidas senior director of tennis said, “We designed the apparel as to minimise distractions for the players.”

However, as Vanessa Friedman at The New York Times pointed out, “He was talking about the Adidas athletes themselves. When it comes to their opponents, the clothes probably work the opposite way, much as the military intended. It must be hard to keep an eye on the ball when faced with a riot of animal print.”

If the flamboyant pattern is indeed a distraction to opponents, it doesn’t seem to be a significant one.

Australian Open champion and third-seeded Angelique Kerber only got to don the zebra stripes for one match — the Adidas-sponsored player was ousted in the first round. And Ivanovic, who won the French Open in 2008, was knocked out in the third round.

SEE ALSO:A wild rally at the French Open continued even after both women fell to the ground and kept hitting shots