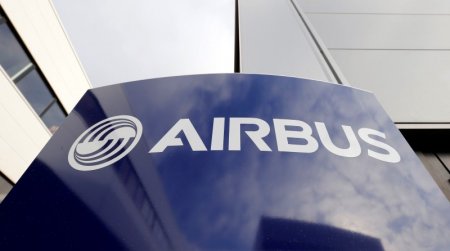 Thomson ReutersAirbus’s logo is pictured at Airbus headquarters in Toulouse

The planes are to be introduced in fiscal 2018 in routes to Hawaii and elsewhere, the paper said.

Orders for Airbus A380s have dried up in recent years reflecting a fundamental shift in the industry toward smaller, twin-engine planes that cost less to fly than the stately, four-engine jumbos, which can carry as many as 525 passengers.

On Wednesday, Airbus said it has pushed back the delivery of its first A320neo aircraft to the start of 2016, missing a goal to hand over the revamped version of the jet to its initial customer by the end of 2015.