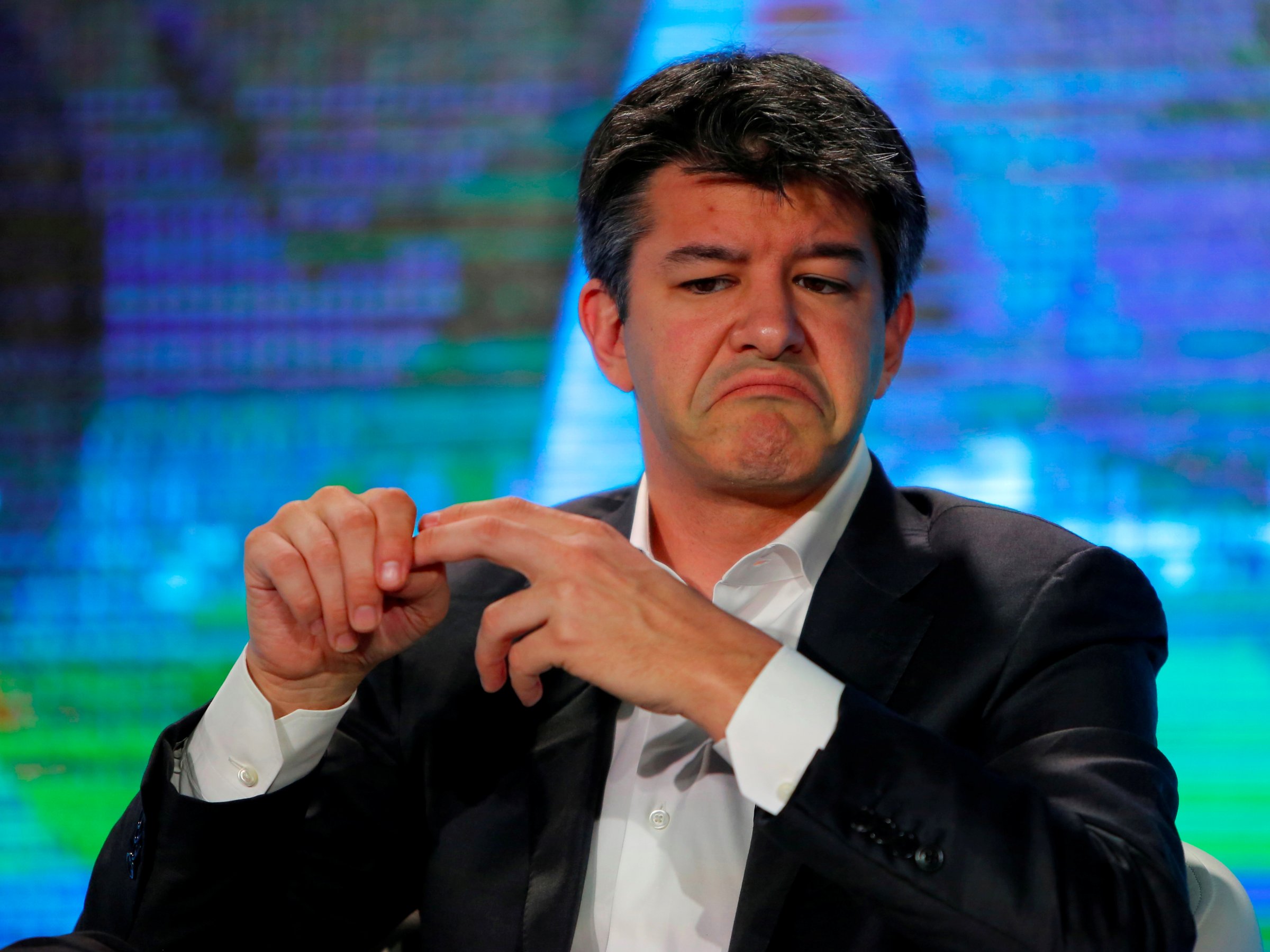 No tip for you.Reuters Staff

Uber is in crisis.

After the stunning debut of its driverless car fleet in Pittsburgh last year, CEO Travis Kalanick and his company have shifted into serial screwup mode, culminating in Kalanick admitting, after chewing out a disgruntled driver in a video that went viral, that he needs serious personal and professional help.

As a one-time avid Uber user who now almost never uses the service, I can easily explain why Uber’s crisis was pre-ordained. It comes down to a simple, two-syllable word.

Until I was told otherwise, I just assumed Uber was baking a 20% tip into every ride. Then I learned that there were no Uber tips. In short order, this made me question the entire company. (For the record, I also decided that because I mainly used Uber in New York City, it was much easier to simply raise my hand and hail a cab, rather than fiddling with my phone for five minutes.)

In New York, Uber’s antipathy to tipping may soon change. The city’s Taxi and Limousine is pressing for app-based ride-hailing services like Uber to add a tipping feature. A vote by the TLC board could come later this year.

For its part, Uber has opposed tipping based on the argument that eliminating it reduces “uncertainty” about the cost of a ride. But that’s nonsensical. A tip in a cab is typically just math — by custom, your fare plus 20%. In the good old days, you could be precise, take 10% of your fare and double it. Or just give the driver a few bucks. It was the opposite of uncertain.

A lifetime of tipping

They all expect a tip.Thomson Reuters

I lived in New York for a 14 years before moving to Los Angeles for a decade and moving back in 2014. In all my New York years, I’ve taken countless cabs, and of late, they’ve become my main personal indulgence. I suppose I failed to tip a few times, back when the taxi economy was all-cash and by the time I got, let’s say, back to my apartment and I couldn’t tell the cabbie to wait while I went inside to shake some loose change out of the couch cushions.

New York is a tipping town. If you don’t want to tip, you live in Paris. Tipping in New York is simply assumed, for pretty much the entire basic services industries, from cabs to bars to restaurants to moving companies. The idea that Uber would “disrupt” the taxi business in New York and other tipping-friendly US cities, but not include a tipping feature is disturbing and tells you everything you need to know about the company’s values.

Obviously, I could go retro and tip my Uber driver in cash. But in New York and in other US cities, tipping has become a frictionless experience: you swipe your credit card in the cab and add a tip at the end of your journey. Again, you can tip the driver in cash if that’s your thing. But the point is that tipping in a taxi in the Big Apple and other major US cities is easy.

With Uber, tipping is a convoluted, political and I would suggest even a moral undertaking. For decades, those who drive for a living have enjoyed a positive financial relationship with their customers: tipping was part of the bargain. The tip could be above the average, which in New York is 20% if the service was exceptional.

The trail of a crisis Now, I’m not saying taking a taxi in New York is always pleasant. Uber’s pitch to its many, many users has always been that its productis superior: a high-end “black car” service replacing the beat-up yellow cab. That was what initially reeled me in.

This is what was good about Uber: Kalanick wanted to improveride-hailing with technology and a better experience. But you can tell much about a company from its earliest expression of values, and in Uber’s case, ditching the tipping was one of those 21st-century anxiety erasing moves that works well for the people being served but undermines the psychology of the workers — in this case, Uber’s drivers.

The user is paramount, the customer comes first. The customs of the drivers, be they professionals or part-timers, become antiquated folkways, a vestige of an earlier, grubbier time. Even if in the days of assumed tipping a sort of beneficial circle of trust had been established between drivers and passengers.

Obviously, adding a tipping feature won’t make Uber’s manifold problems vanish. It would, however, be a step in the right direction, even if it’s long overdue.

Every crisis with a company leaves a trail, one that usually leads back to the beginning. The business world is rife with examples. Blackberry clinging to its keyboards in a world of proliferating touchscreens. The railroads being outmaneuvered by automobiles and airplanes because they were in the railroad game, not the moving-people-around game. Fast-food firms pushing cheap calories at a time when health-consciousness among consumers is surging.

Uber’s sin was to break the sacred bond between drivers and passenger, made real by the tip. If you think about it, we’re not talking about much money here: two bucks on a $10 ride? But Uber thought tipping was onerous. And in truth, if you aren’t used to it, tipping is sort of intimidating.

But so is New York. You get over it. Uber should have gotten over it from the very beginning.