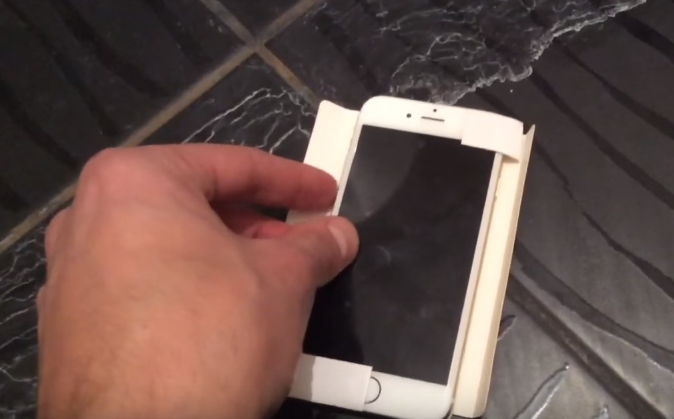 A new video claims to show of a demo unit of Apple’s upcoming 4-inch iPhone straight out of the Foxconn factory. The device looks identical to the iPhone 6 and iPhone 6s — so much so that you probably won’t be able to tell the difference.

The video was published by MIC Gadget, a Japanese blog that has been reliable in the past, and it allegedly showcases a demo unit that was leaked from a Foxconn factory — where Apple’s devices are assembled. The 40-second clip shows off all angles of the handset, which is very familiar.

It looks so familiar, in fact, that we’re not entirely convinced this is a 4-inch iPhone at all. Without another iPhone in the video for a size comparison, we can’t be sure, but at a glance, it looks like this is a regular iPhone 6 or iPhone 6s.

But there doesn’t seem to be any noticeable difference between this particular device and a regular iPhone 6s.

We could be wrong, of course. Again, it’s hard to tell with just this video, and it’s not like making a 4-inch iPhone that looks like its siblings is a bad idea. But it’s probably best you don’t get too excited by this particular “leak.”