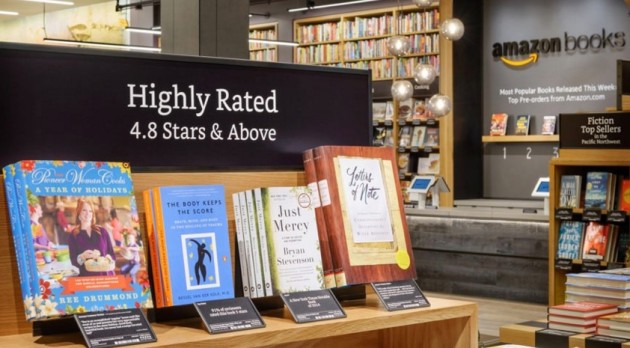 Does Amazon have plans to open up more brick-and-mortar stores? Apparently so, though the Mall CEO who broke the news has backtracked on his comments—only for a new report from Re/code to not only say that Amazon does have plans to open new retail locations, but experiment with how consumers shop there. As Re/code puts it, these will be the “retail stores of the future.”

The report claims Steve Kessel, a respected leader inside of Amazon who helped launch the first Kindle e-reader, is spearheading the company’s new retail initiative, which will build on the store Amazon opened in Seattle last year. Turns out that location was less of a vanity project and more of a sign of things to come.

These alleged Amazon stores will, as expected, heavily feature books (and magazines), while also pushing its lineup of Kindle products and other gadgets, such as the Echo. The setup doesn’t sound much different from existing big box bookstores, such as Barnes & Noble, though Amazon’s locations will reportedly leverage its enormous online presence to improve the shopping experience.

As an example, Re/code says these stores will only sell books that are popular on its website, much like its Seattle store does. Expanding on that, shoppers will reportedly be able to walk out of these future stores without first visiting a cashier. Instead, these locations could use a series of cameras, sensors, and other technology capable of identifying shoppers to charge them as they leave.

Simple book stores aren’t the only part of Amazon’s retail aspirations, Re/code reports. The company will allegedly unveil other types of retail stores, too, though it’s unclear what products and services they will offer.

Amazon is really making a name for itself in movies and TV, so perhaps it could make its Fire TV family, along with its lineup of original content, the focus of smaller retail stores. These locations could also sell TVs and home theater equipment, providing a place for people to see items in person before buying them through Amazon.

Amazon’s next bookstore will reportedly open in Southern California, with other stores to follow. Whether there will be 300 to 400 stores down the road, Re/code’s sources wouldn’t rule the possibility out.