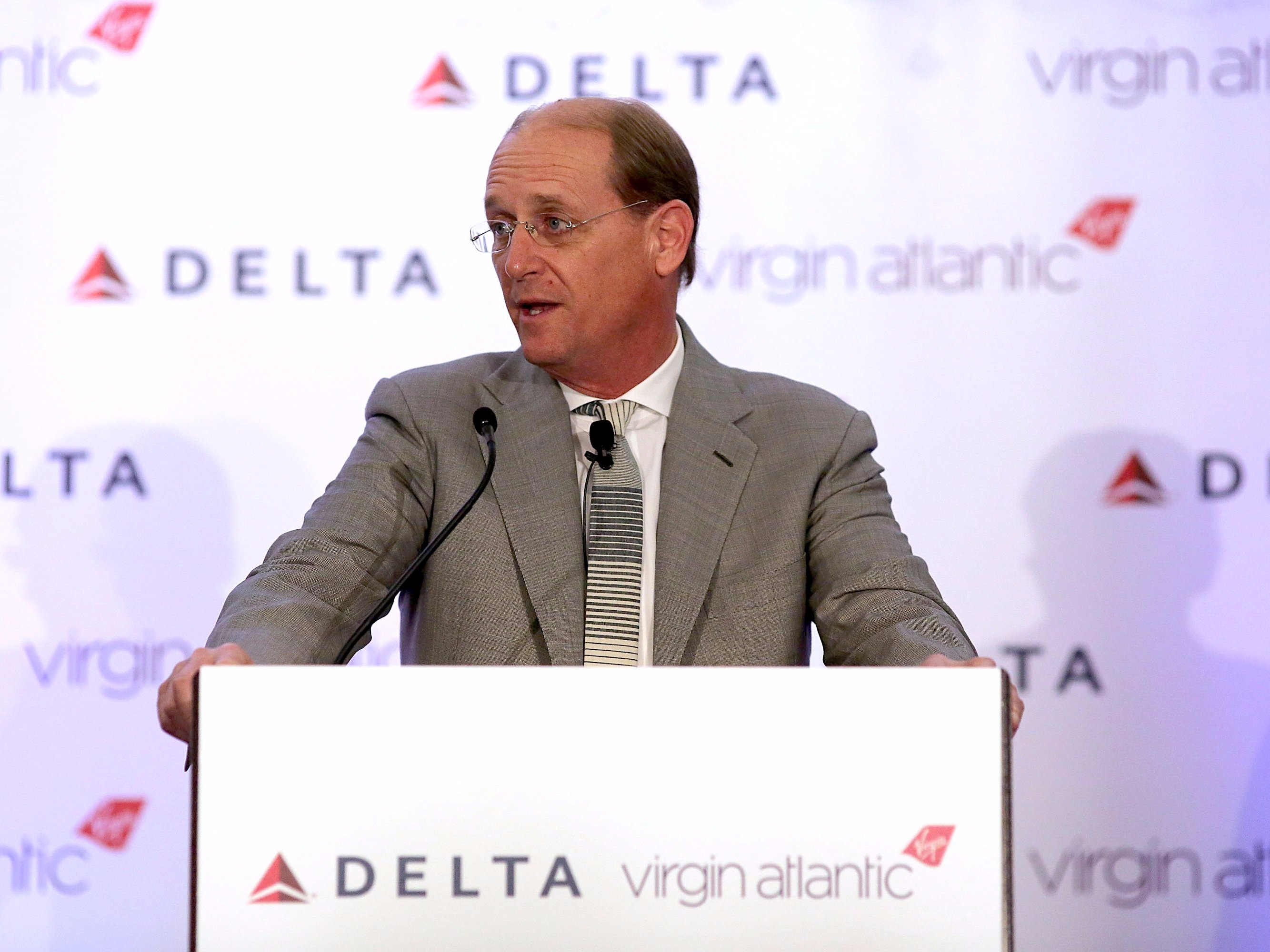 The outbreak of an untreatable virus has airlines giving out refunds

Delta CEO Richard Anderson is retiring from his position and will become the airline’s new executive chairman.

Airline President Ed Bastian will take over for Anderson as CEO effective May 2, 2016.

“Today I announced my retirement as CEO of Delta after nine years of service to this great company,” Anderson wrote in a letter to employees.”Thank you for the opportunity to serve you, our customers, and our shareholders.”

“Take care of each other and this great Company,” the airline boss wrote in closing. “More than anything else, I will miss all of you.”

According to a source familiar with the situation, effective immediately, everyone who reports to Anderson will now report to Bastian. Only Bastian will report to Anderson until he retires in May.

According to the source, this executive succession plan has been several years in the making.

Anderson has been CEO of Delta since September 2007. Before his time at there, Anderson served as CEO of Northwest Airlines from 2001 to 2004.

The outspoken airline executive is credited with helping Delta emerge from its 2005 bankruptcy as well as the highly successful 2008 merger with Northwest. Under Anderson’s watch, Delta has become one of the most efficiently run and profitable airline carriers in the world.

Bastian joined Delta in 1998 as a vice president and went on to serve as the company’s CFO, and eventually its president.

So what is Anderson going to do with his time when he retires? According to the letter, he’ll spend it with his wife, Sue, and finally learn to wade fish in Galveston Bay.

Delta stock is down slightly in after-hours trading.