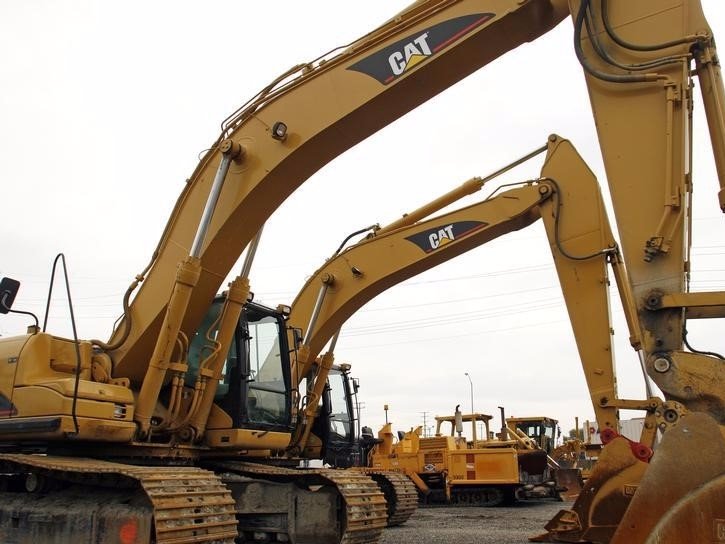 Caterpillar is not expecting improvement in the global economy or commodity prices this year.

The giant maker of industrial equipment reported fourth-quarter results on Thursday morning, and it lowered its outlook for 2016 sales and revenues.

From the statement (emphasis added):

The decrease from last October’s preliminary outlook is largely a result of continued declines in commodity prices and economic weakness in developing countries.

The stock rose by as much as 4% in premarket trading.

“Cost management, restructuring actions, and operational execution are helping the company while sales and revenues remain under pressure from weak commodity prices and slowing economic growth in developing countries,” CEO Doug Oberhelman said. “We took tough but necessary restructuring actions in 2015 — and they were significant.”

On Monday, analysts at Goldman Sachs downgraded the stock to “Sell” and lowered their price target because of concern that a global industrial slowdown would slam machinery demand.

SEE ALSO:Goldman Sachs thinks a new ‘commodity deflation cycle’ is beginning and Caterpillar will get crushed

NOW WATCH: How Richard Branson gets over his hatred of public speaking