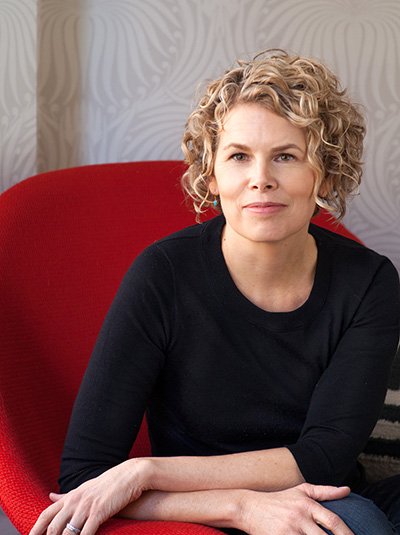 • University of Pennsylvania professor Lisa Servon went to work as a teller at a check-cashing store to find out why customers use the service.

• Prevailing wisdom holds that customers would be better served by using a bank. But Servon found that check cashers were frequently cheaper and served customers’ needs better than banks.

• Three common reasons customers cited for using a check casher over a bank were cost, transparency, and service.

Lisa Servon couldn’t kick the nagging feeling that the financial elite had it all wrong.

The prevailing wisdom from bankers and policy makers went like this: People who used alternative financial services — like check cashers and payday lenders — were making expensive and unwise decisions. If we could just educate the “unbanked” and “underbanked” and usher them into the modern financial system with a bank account, their fortunes would surely improve.

But Servon, a professor of city and regional planning at the University of Pennsylvania and a former dean at the New School, spent 20 years studying low-income communities, and to her, that picture didn’t add up. Most of the unbanked (the roughly 7% of US households without checking or savings accounts) and the underbanked (the nearly 20% that had such accounts but still used alternative financial services) that she encountered were neither naive nor irresponsible about money.

“The implication of that” — the biennial surveys of the “unbanked and underbanked” by the Federal Deposit Insurance Corporation — “was these people were making poor decisions,” Servon recently told Business Insider. “I knew that the people I had worked with closely who don’t have very much money know where every penny goes. They budget things. They know where to get the best deals on things. And so it struck me that if they were using check cashers, there must be a good reason for that.”

Already steeped in academia and research, Servon didn’t think she’d gain any new insight from behind the desk. So in late 2012, she decided to embed in these communities to get a firsthand look, landing a job as a teller for four months at a check-cashing store in the South Bronx. (She would later also work as a teller and loan collector at a payday loan store in Oakland.)

She didn’t go undercover, but rather was hired on the up-and-up thanks to some help from Joe Coleman, the president of a small chain of New York City check cashers called RiteCheck Cashing, who had guest lectured for one of her classes years before.

“It felt like the only way I could answer this question: If alternative financial service providers are so bad — if they’re so predatory and so sleazy and so much in the business of taking advantage of people — why are people using them in growing numbers?” Servon said.

Servon recounts her journey in her new book, “The Unbanking of America: How the New Middle Class Survives,” which came out in January. The book seeks to untangle the reasons millions of Americans are fleeing the “broken banking system” and opting instead for alternative financial services in ever increasing numbers, providing many first-person accounts from people Servon encountered while working in the field.

Early in the book, she focuses on her experiences at RiteCheck, which is part of an industry that reached $58 billion in 2010, up from $45 billion two decades earlier. If check cashing was shady, why were more people flocking to it?

Servon was surprised by what people told her. Over and over, Servon heard and observed that check cashers often met customers’ needs better than banks did.

She discovered there were three main reasons people used these services instead of banks: cost, transparency, and service. “People told me they were saving money by going to the check casher instead of the bank,” Servon told Business Insider.

The RiteCheck she worked at charged $1.50 to pay a bill, $0.89 to buy a money order, and roughly 1.95% — as regulated by state law — of the face value of a check to cash it. These small fees add up, but they often paled in comparison to the unexpected charges, maintenance fees, and overdraft fees customers had experienced at banks. The rate for money orders is cheaper than at most banks, which commonly charge $5 to $10.

“RiteCheck customers told me clearly that bank fees were an important factor in their decision to patronize check cashers,” Servon wrote in her book.

In the book, she provides the example of Carlos, a local contractor who came in on a Thursday to cash $5,000 for his small business, paying a $97.50 fee (and a $10 tip to Servon) in the process. That’s $100 he’ll never see again — how could he be coming out ahead compared with using a bank? Servon explains:

“If Carlos is like many small contractors operating in New York City, he relies at least in part on undocumented workers, who are unlikely to have bank accounts. If Carlos deposited his check in a bank, it would take a few days to clear — too late to deliver cash on payday. Or maybe the check was a deposit for a job he had just been contracted to do, and he needed supplies to get started. If he couldn’t start right away, he risked losing the job to another contractor.”

Paying $100 isn’t much compared with the cost of losing good laborers that need to be replaced or forfeiting new business.

“It feels expensive — it is expensive — but it made good sense,” Servon said. “And there are many, many stories like that.”

Outsiders may think the signage at a check casher — resembling that of a fast-food menu — is gauche compared with simple, polished interiors of their local bank branch. But that’s a feature, not a bug.

Customers “felt like they knew exactly what they were paying when they went to the check casher. And if you go into a check casher, you will see there are signs that span the teller window that list every product that’s for sale and how much it costs,” Servon said. “The transparency is really critical.”

On the contrary, customers couldn’t predict when banks would charge them a fee or what that amount would be — a deal-breaker when you’re operating on a tight budget.

“Walk into your bank branch and you’ll see there’s no literature like that that makes it obvious what’s on offer,” Servon said. Moreover, Servon writes, checking accounts were the antithesis of transparent. The terms and conditions were long, technical, and laden with jargon. Many people can’t afford to wonder when their deposit will clear, and they prefer paying a small fee for the clarity and speed offered by check cashers.

The third thing Servon heard repeatedly was that “people felt like they were being better served” at a check casher than at a bank.

“The customer-teller relationship at RiteCheck creates remarkable loyalty,” she wrote in her book. She said the dynamic resembled the banking she grew up with in the late 1960s and early ’70s that was based on relationships and that has largely faded from traditional banking.

Check-cashing companies charge small fees and thus rely on a high volume of business to turn a profit. That means inspiring loyalty is crucial to the business model, so tellers go out of their way to be friendly and flexible, and customers reward them by returning week after week, year after year.

“Banks want one customer with a million dollars. Check cashers like us want a million customers with one dollar,” Coleman, the RiteCheck president, said in Servon’s book.

In practice, this means providing customers with payment plans when times get tight or helping non-native speakers read letters they’ve received in the mail and providing advice — not to mention offering rapid access to their money that banks frequently can’t match.

“One of the things that cost people a lot of money is actually waiting for their money,” Servon said, alluding to the example of Carlos, the contractor.

Not all check cashers are the same, but the perception of the industry as seedy doesn’t jibe with Servon’s experience. And contrary to the views of the financial elite, customers’ use of check cashers typically didn’t seem naive or poorly thought out, but rather the smartest decision they could make given their circumstances, according to Servon.

“It showed me that those decisions are often rational, logical decisions, even if they’re expensive,” Servon said.