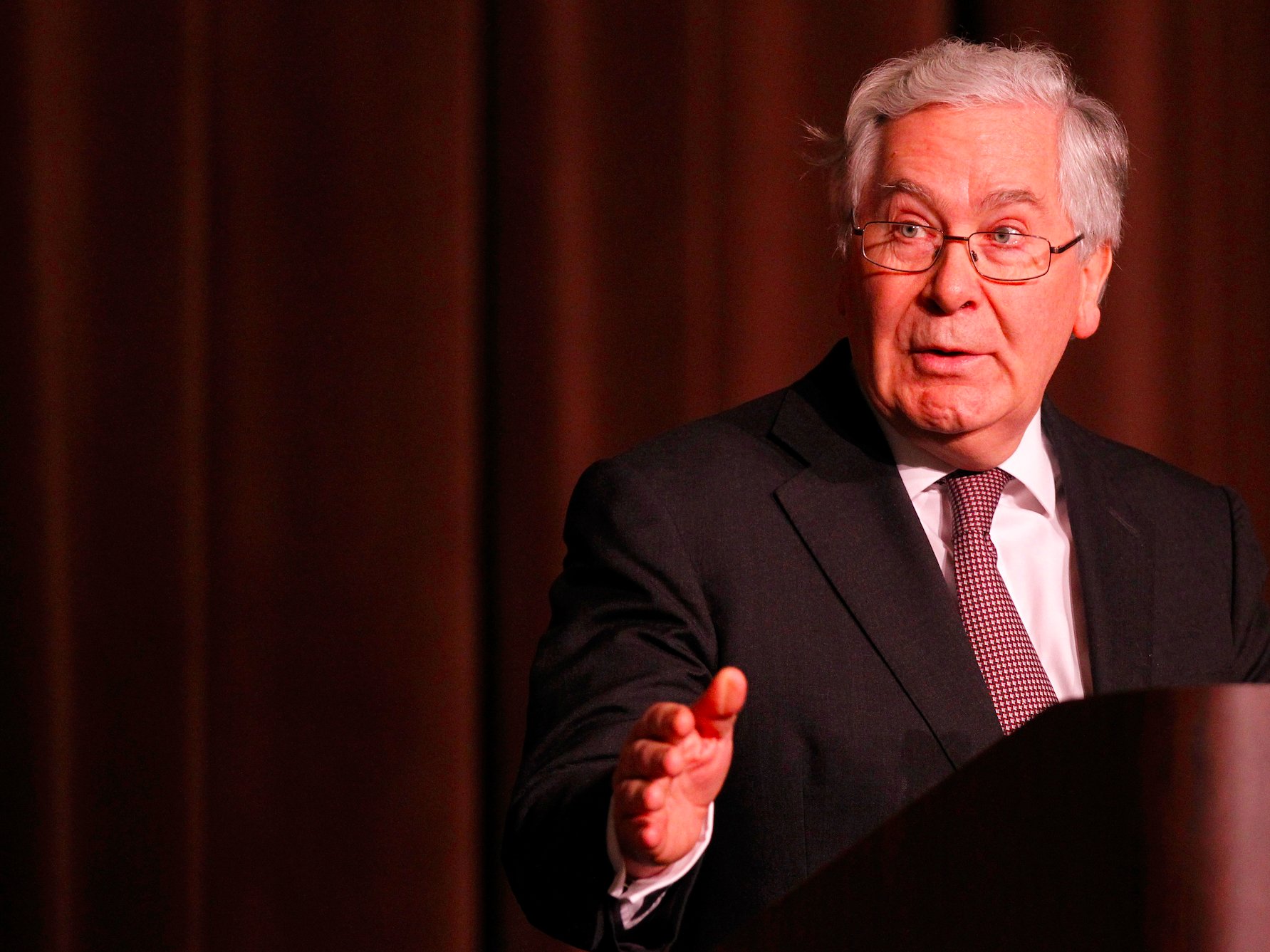 REUTERS/Brendan McDermidLord King has been out of the Bank of England for three years.

Former Bank of England Governor Lord Mervyn King says governments around the world need “the courage to undertake bold reforms” to prevent the global economy falling into another financial crisis.

In extracts from his new book serialised over the weekend in The Telegraph, Lord King writes: “Another crisis is certain, and the failure… to tackle the disequilibrium in the world economy makes it likely that it will come sooner rather than later.”

Lord King was Governor of the Bank of England from 2003 to 2013, overseeing the UK government’s bailout of Royal Bank of Scotland and Lloyds Bank in the wake of the 2008 financial crisis.

Despite having a hand in post-crisis central banking policy, Lord King argues that governments and central bankers have not been systematic enough in dealing with the problems that caused the 2008 crash, instead simply dealing with its symptoms.

Lord King argues that central bankers have been too keen to see liquidity as the issue and the solution to financial problems since 2008, when the real issue is solvency.

He writes in The Telegraph:

Dealing with the immediate symptoms of crises by taking short- term measures to maintain market confidence – usually by throwing large amounts of money at it – will only perpetuate the underlying disequilibrium.

Almost every financial crisis starts with the belief that the provision of more liquidity is the answer, only for time to reveal that beneath the surface are genuine problems of solvency.

Fifty years from now, will our grandchildren ask why we lacked the courage to put in place reforms to stop a crisis happening again? I hope not. Events drive ideas, and the experience of crisis is driving economists to develop new ideas about how our economies work. They will be needed to overcome the power of vested interests and lobby groups.

The extract does not make clear what exactly these “bold reforms” Lord King is calling for would look like.

Lord King is also vague on the subject of what exactly the next crisis he is predicting will be. However, he highlights issues with China, emerging markets, and Europe. He writes:

The epicentre of the next financial earthquake is as hard to predict as a geological earthquake. It is unlikely to be among banks in New York or London, where the aftershocks of 2008 have led to efforts to improve the resilience of the financial system.

But there are many places where the underlying forces of the disequilibrium in their economies could lead to cracks in the surface – emerging markets that have increased indebtedness, the euro area with its fault lines, China with a financial sector facing large losses, and the middle and near east with a rise in political tensions.

Lord King is hardly the lone bear sounding the alarm on these issues. Goldman Sachs has dubbed emerging market debt — specifically China’s huge debt burden — the “Third Wave” of the 2008 financial crisis and global stock markets have collapsed since the start of the year amid fears over Chinese growth rates.

You can read the full extract from Lord King’s book in The Telegraph.