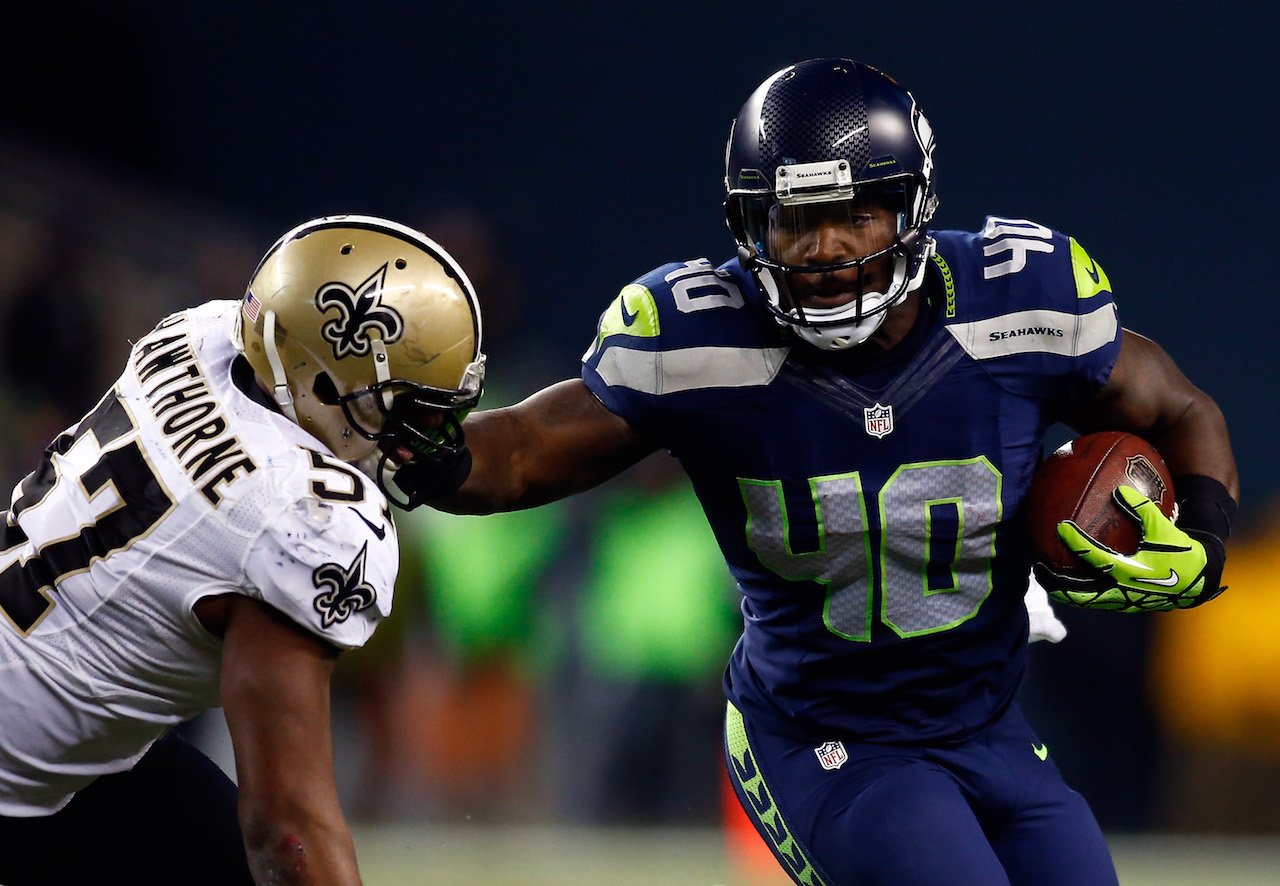 Seattle Seahawks fullback Derrick Coleman was arrested in October by Bellevue police after allegedly leaving the scene of a vehicular accident that left two cars flipped and another driver with a broken collar bone.

On Monday, Bellevue police released a 101-page report that concluded Coleman used synthetic marijuana about one hour before he got in his car and recommended he be charged with vehicular assault and a hit and run.

From the Seattle Times:

According to the report, Coleman told police he used “spice,” a synthetic substance sold under names such as Mojo, Black Mamba and Annihilation. Spice is said to mimic the high produced by marijuana. But authorities have warned of the health dangers of the drug that mixes herbs and chemicals.

Witnesses at the scene of the accident reportedly said Coleman was driving 60 mph in a 35 mph zone, swerved his car before rear-ending a car directly in front of him. He then reportedly continued to accelerate his car until both cars flipped over.

According to the Bellevue police, Coleman reportedly left the scene barefoot with witnesses describing him as “delirious and aggravated” and “incoherent.”

Police discovered him two blocks from the crash, where he reportedly struggled with a sobriety test. From the Seattle Times:

Coleman is the latest football player to make headlines as a result of synthetic marijuana, a drug that the NFL does not test for and has thus become increasingly common over the past few years among NFL and college players.

Earlier this month, Chandler Jones of the New England Patriots was hospitalized, allegedly as a result of a bad reaction to synthetic marijuana. Jones reportedly arrived shirtless at a Foxborough, MA police station where, without provocation, he got down on his knees and put his hands behind his head.

College football has seen its share of problems related to synthetic marijuana, too. In December, Ole Miss standout Robert Nkemdiche — a likely top-10 pick at this year’s NFL draft — fell 15-feet out a window in Atlanta. Subsequent reports said he had synthetic marijuana in his system at the time of the fall.

NOW WATCH: These anti-weed ads featuring “stoner sloths” have become the laughingstock of the internet