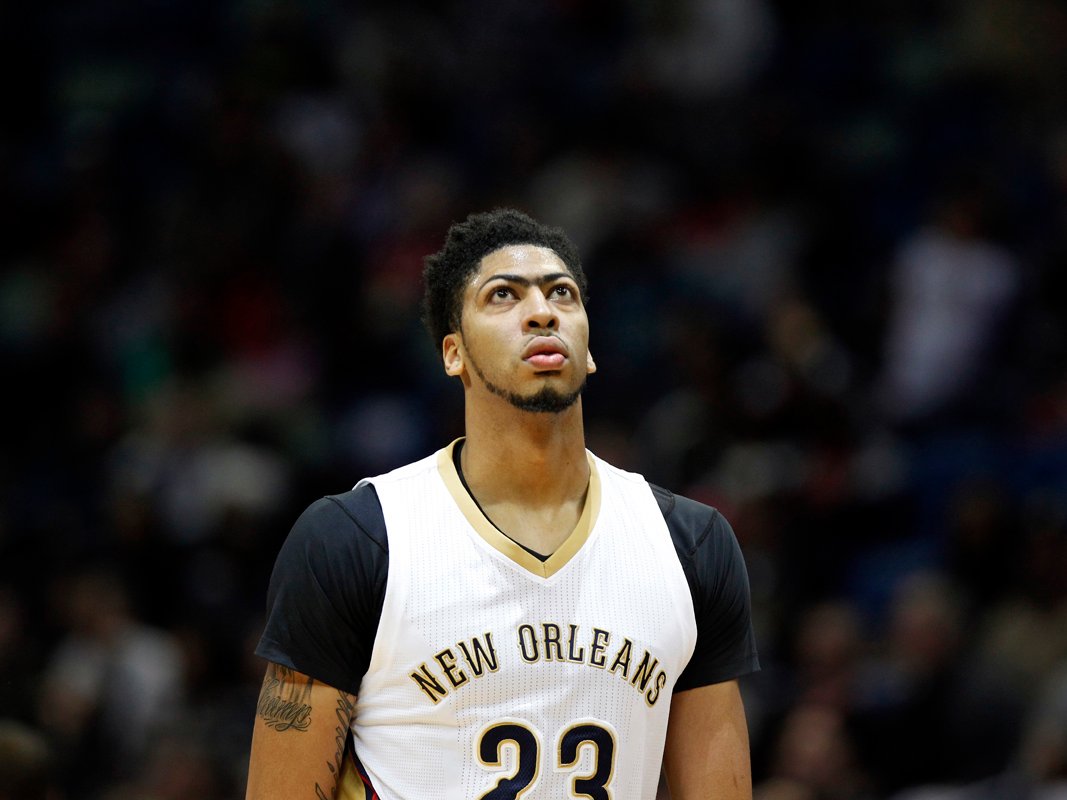 The New Orleans Pelicans announced on Sunday that Anthony Davis will miss the rest of the season with shoulder and knee injuries and will get surgery on both.

While it’s never good to shut down your best player for the season, it’s not entirely bad news for the Pelicans, who can improve their draft pick, get Davis healthy, and possibly save some money.

However, on Monday, Davis revealed some news that is troubling. He’s allegedly had a torn labrum in his shoulder for three seasons!

Furthermore, Davis was putting off surgery, and finally succumbed because he needs knee surgery as well:

Davis added that recovery will take four or five months and he won’t be 100% at the start of training camp. He’ll also miss the Olympics as a result.

It’d be interesting to hear a team doctor confirm Davis’ injury, but whether it’s torn or not, clearly Davis knows his body — at the very least, he’s had a bothersome shoulder for three seasons. If so, it’s inexcusable for the Pelicans to have let him play through it.

Davis is only 23 years old and has one of the brightest futures in the NBA. He’s already missed extensive time in his four years in the NBA. As Sports Illustrated’s Ben Golliver pointed out, Davis has missed more games in his first four seasons than “injury prone” players like Stephen Curry, Kevin Love, and Derrick Rose. That may have led Davis to play through injury — since he didn’t want to miss more time — but if the Pelicans knew his shoulder was that bad, he should have taken or been given time to properly recover.

It’s a positive sign that Davis was able to play so well, and he hasn’t seemed to have chronic injury problems. Nonetheless, it’s foolish for the Pelicans to let a potentially generational star risk further damaging his shoulder, especially when the stakes were never particularly high for the team.